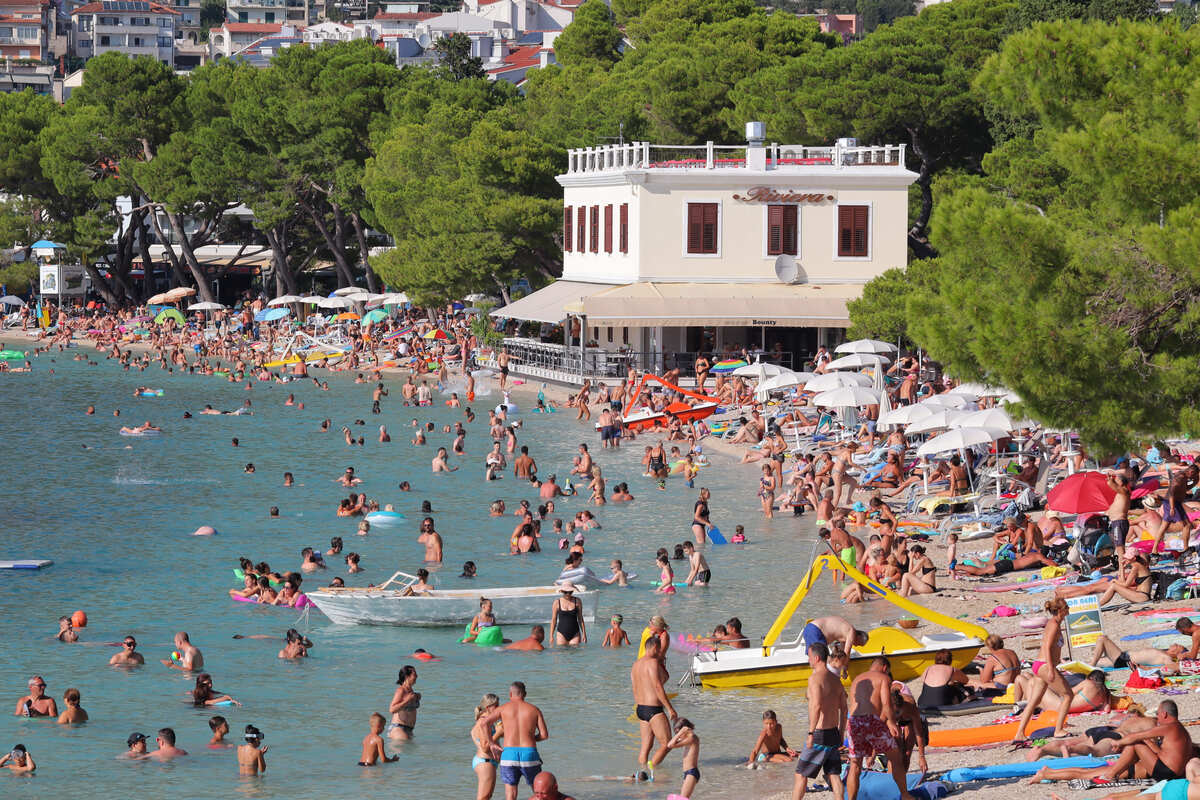 4 Destinations Affected By Mass Tourism That Travelers Need To Know

Mass tourism is now a serious issue affecting four of the world’s leading destinations. While some cities may see the influx of dollars as a good thing, especially after two years of Covid, others are concerned that over-development, and particularly the crowds that come with it, will eventually be detrimental to their standing as authentic, culturally-relevant sites.

Numerous countries that had turned away travelers due to Covid now welcome them back, though freedom does not come without a cost: since they reopened, travel demand surged to unprecedented heights, and millions upon millions of travelers headed en masse to these four hotspots, overwhelming local operators and even disrupting locals’ lives.

In this article, you will learn more about these ‘overtouristed’ cities and what exactly authorities are doing about it:

Overtourism wasn’t really Croatia’s biggest concern up until the last decade, when the coastal Balkan nation rose to prominence as a summer destination widely promoted across the media – most evidently, by providing the scenery for HBO’s Game of Thrones. Previously, it was most commonly known as the Republic of Ragusa, its ancient name.

Now, millions of tourists cram into its every narrow alleyway in hopes of fantasizing about ‘King’s Landing’, the regal fictitious city featured on the TV show. Previously, those traveling to Southern Dalmatia, which used to be the hardest province to get to due to territorial disputes with neighboring nations, were mostly interested in History.

After all, Dubrovnik (originally Ragusa) was an important trading power in the Adriatic and the wider Mediterranean, developing strong ties to the Venetians over centuries and being a strong Christian outpost in Eastern Europe in the face of a looming Ottoman threat. Nowadays, Historians fear it may have become a medieval Disneyland.

Back in 2016, UNESCO issued a stark warning to Dubrovnik, urging the city council to either curb the number of visitors or lose its status as a World Heritage Site. Since 2019, the number of tourists within the walls cannot exceed 4,000 per day, and surveillance cameras have been put in place to control those entering and exiting.

Additionally, Dubrovnik has started cracking down on Airbnb rentals, which locals blame for a rise in rental costs and for pushing them out of the Old Town itself – after all, a majority of visitors hope to stay within the fortified complex, and the mass conversion of traditional Dalmatian homes into tourist accommodation is strongly opposed by natives.

If you’re dreaming of vacationing in Dubrovnik and/or Southern Dalmatia, Croatia’s southernmost tip, we advise you to travel sustainably. This means booking accommodation through certified providers, opting for a longer stay as opposed to visiting for a single day and making a minimal contribution to the local economy and avoiding the peak travel season.

A European gem that has historically struggled with mass tourism, Barcelona is not only merely displeased with the number of visitors it gets, it is actively fighting to drive them away somehow – even if that means openly clashing with the Supreme Court of Spain. You read that right: the Gaudi heartland will do anything in its power to limit tourism.

We get why travelers would want to make Catalonia’s capital their vacation destination: it has all the benefits of being in Europe, including an incredibly well-preserved Latin quarter dating back to the Middle Ages, yet it is just as famous for a modern seafront promenade, beaches, and vibrant nightlife. Both History enthusiasts and beachgoers love it.

On the downside, Barcelona receives as many tourists in a year as a large country like Mexico would. Prior to Covid, it reached an all-time high number of 32 million visitors, prompting the Catalonian government to severely cap short-term private room rentals, including Airbnb, or strongly discourage homeowners from renting their own properties.

In fact, in 2021, the city banned all short-term rentals for less than a month, though that controversial decision was rapidly overturned by Spain’s Supreme Court. Even then, Barcelona refuses to go down without a fight and has joined 22 other European cities in demanding that the EU passes stricter regulations on vacation rentals.

Venice is a bucket list destination for millions. Every year, cruise guests and daytrippers flock to its charming canals and arching bridges in hopes of getting the perfect picture for Instagram or a glimpse into the former Republic’s glorious past as a major Mediterranean force. Naturally, some of Italy’s top landmarks are found here:

Venice is home to St Mark’s Campanile, the iconic Bridge of Sighs, Rialto Bridge, Piazza San Marco, the little insular municipality of Burano, featuring its very own leaning bell tower, and many others. Unfortunately, large-scale tourism has become unsustainable for a city as old and architecturally-unique as Venice.

Perhaps due to its vulnerable position, it has opted for the harshest measure on the table: Venice will be converting itself into an attraction and start charging entry for non-residents. Beginning January 2023, those hoping to take gondola rides down the Grand Canal or sample Venetian cuisine for a day will need to pre-book their visit and pay a fee.

The controversial move follows a ban that was introduced earlier on large cruises, which have since 2021 been unauthorized to enter the canals and must, instead, dock in a nearby industrial port. Italy as a whole is engaged in reducing crowds, with cities like Rome and Florence raising visitor taxes and the Amalfi Coast implementing an alternate car plate system.

Bali is the most popular province in Indonesia, and it’s not hard to see why. It is a territory dotted with volcanoes and terraced rice fields as far as the eyes can see that has recently been rising as a trendy party hub for backpackers and youngsters. Whether you’re looking for wellness/nature or nightlife, Bali is the place to be.

It is one of the few destinations in the world where both of these worlds co-exist peacefully, and different traveler profiles walk side by side, but this versatility has been resulting in traffic jams and attractions being overrun by tourists. Interestingly, unlike in Europe, public reaction to the phenomenon has been mixed.

Yes, locals may miss the quietness they experienced during the lockdown months, but they surely welcome the pouring of dollars into their pockets. As for the Indonesian Government, they may be the only authority on this list that’s not actively concerned with mass tourism, as no tangible efforts have been made to tackle the crowds.

Earlier this year, the Minister for Tourism revealed plans to promote Bali as a ‘serenity, spirituality and sustainability’ destination, as opposed to a mere beach hotspot. The focus of this campaign was the less visited areas of Bali, especially North and West, but they don’t seem to have been as successful, with tourism still concentrating in the already-developed South.

In total, the Nusa Islands, part of the Bali province, now welcome 1,000 to 1,500 visitors a day, already an extremely high number considering Indonesia had been sealed off from the external world throughout the pandemic. Mass tourism has also been noted in the tourist route between Kuta and Ubud, and of course, from Nusa Penida to Seminyak.

For more information on overtourism and other destinations that have been affected by it, please visit this link.