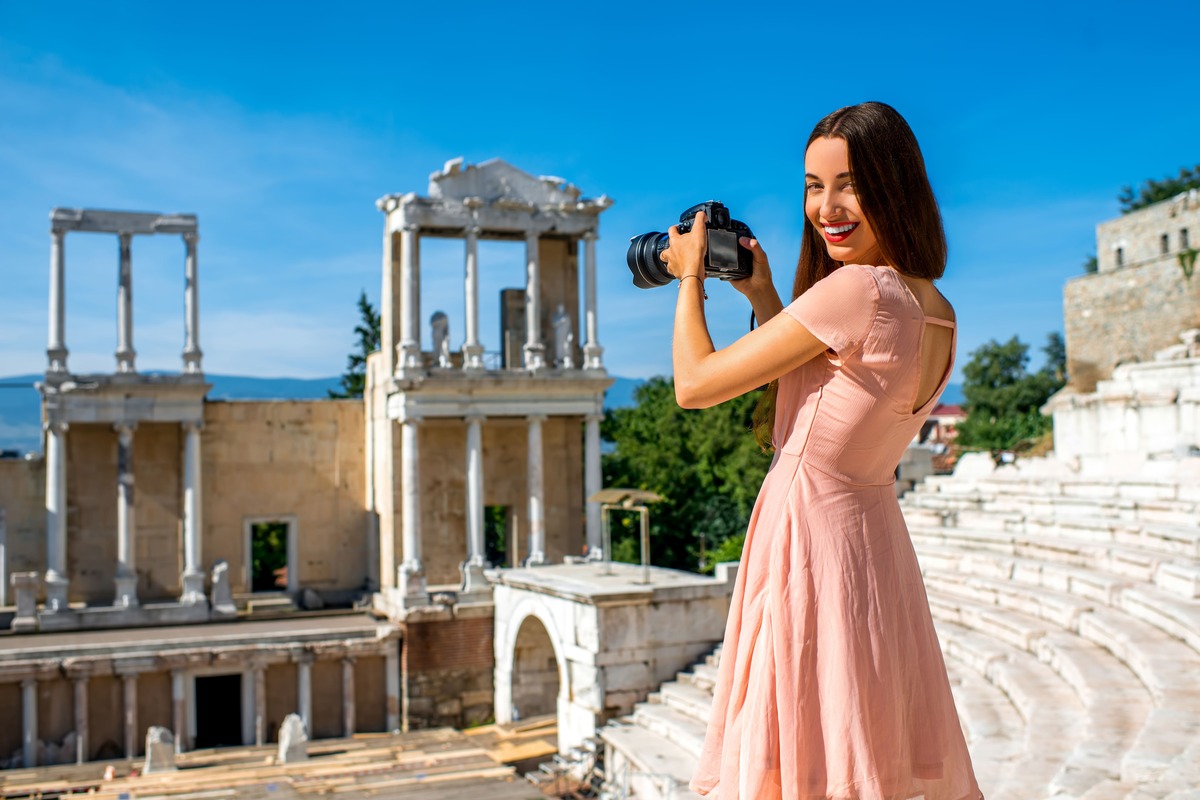 4 Underrated And Off-Path European Cities To Visit This Winter

If it’s Europe that makes your heart beat faster and you still haven’t made up your mind on where to go for your yearly winter vacation, especially now that European cities like London, Paris, and Barcelona are losing their appeal due to ‘overtourism‘, perhaps it’s time to consider these four other off-path alternatives that are just as exciting, and do not receive nearly as many tourists.

Trust us, we could have curated a far more extensive list. Narrowing it down to four only was no easy task, but we have come to the conclusion that, based on cultural offer, their plethora of tourist attractions, and historical relevance, the selection below are truly the top most overlooked cities in Europe for the upcoming season.

Ready to find out which ones have made it?

Bulgaria’s second-largest and most culturally-charged city, Plovdiv, took our breath away with its classic European, walled Old Town panorama and richness of History. Treading its cobblestones, bordered by 18th and 19th-century houses painted in an assortment of pastel colors, tourists will feel like stepping into a parallel universe where time has stood perfectly still.

There is another reason why we believe it’s Plovdiv, out of countless destinations within an unsung, largely unheard-of country, that deserves your attention, and not the Soviet-styled capital of Sofia or the Black Sea Coast: it beats Athens, Rome, Istanbul, and the like as Europe’s oldest continuously inhabited settlement, dating back more than eight millennia.

Plovdiv is absolutely packed with ancient monuments, including a famous theater built atop one of its many hills as far back as the 2nd century AD, a Roman stadium only partially exposed, currently buried beneath the high street, beautiful Orthodox churches, and remnants of prehistorical forts – an open-air museum in every sense.

Besides appreciating the Bulgarian Revivalism of the Old Town, guests will also be delighted by the choice of dishes here, ranging from standard Balkan cuisine, with all your moussakas and burek, to more local, traditional dishes, such as shkembe chorba (tripe soup), our personal favorite, or banitsa (a pastry filled with crumbled cheese and served with yogurt).

A lesson in Gothic

Just north of Bulgaria, an eleven-hour train ride will take you from the capital of Sofia, on the easternmost provinces of the Slav country, to the small, atmospheric Brasov, a Romanian city in the heart of Transylvania. With a small center and housing fewer than 300,000 inhabitants, it can easily be seen in its entirety over a prolonged weekend.

If you want to live out your medieval fantasies, walking winding alleyways that have remained virtually untouched for centuries, exploring citadels tucked away in dense forests where bears, wolves, and other animals roam freely, and eerie castles straight out of a Gothic scene only mystical creatures like Dracula would dare live in, Brasov might be your cuppa.

Within the namesake county’s boundaries, visitors will find a monumental church aptly titled The Black Church, with a charcoal-colored, somber exterior; a multitude of castles, including Romania’s most famous, Bran, closely associated with the myth of vampires; and the gorgeous Peles, formerly a royal residence with a luxurious wooden interior.

Moreover, Brasov is overdevelopment-free. You will find big brands and chain restaurants like McDonald’s within leisure complexes or in the suburban parts of town, but local businesses and family-run restaurants serving Transylvanian food – a mix of Hungarian and Saxon influences – and antique shops help it retain an untarnished 14th-century charm.

This year’s European Capital of Culture

The ageless historical center of the autonomous Vojvodina province, in the northernmost part of Serbia, Novi Sad is the second most influential city within the nation, both culturally and economically, and has a number of awards under its belt as a testament to its grandeur. As a matter of fact, this year, it was named a European Capital of Culture.

One of the first non-EU (European Union) cities to receive the honor, the so-called ‘Serbian Athens’ is renowned for its rich heritage, comprising a nearly intact 19th-century nucleus, where the influences of neoclassical and baroque are found – most notoriously, the landmark ‘Name of Mary’ Church, whose towering shadow is cast permanently on the main plaza.

Located on the shores of the Danube, Novi Sad features a modern riverfront promenade lined with laid-back cafes and quirky art galleries and an old military fortress (Petrovaradin), now converted into a museum. Additionally, Petrovaradin houses a restaurant boasting breathtaking views of the Danube and the city’s skyline.

Arguably, it is Serbia’s prettiest city: it has more vibrant colors compared to its southern counterpart, the capital of Belgrade, and it offers a vast array of tourist attractions, including lush green areas – Danube and Karmenica Parks – the Vojvodine Museum, and the Gallery of Matica Srpska, rated among the best in their sub-categories.

A different side of Croatia you weren’t expecting

Croatia is a country straddling the Adriatic Sea, one of the minor seas in the wider Mediterranean, most famous for having crystal-clear water beaches and a picturesque Dalmatian Coast. However, contrary to popular belief, it is more than simply a sunny getaway: in its northern hinterlands, close to the border with Slovenia, lies a fairytale city ready to be discovered.

Upon first glance, even the most inattentive of tourists will notice Varazdin distinguishes itself from Dalmatia, and the Roman-era buildings dotting the coast, and not merely architecturally. Besides resembling the Slovenian towns it borders, Varazdin and its natives borrow heavily from Central European customs, as opposed to being purely South Slavic/ Balkan:

The city view is dominated by the whitewashed Varazdin Castle, a medieval stronghold now open as a museum dedicated to local History and artifacts, Central Europe’s signature red-tiled roofs and elegant baroque facades, which follow a pattern of light tones of yellow, pink, and green. In other words, it’s worlds away from Dalmatia.

With its numerous art galleries, a city center that is almost entirely pedestrianized and full of alfresco dining options, buskers playing Serbo-Croatian folk songs, and small, niche museums that deserve a visit, Varazdin is probably the most Instagrammable place we visited in Croatia north of Zagreb, the capital.

No Entry Requirements For Any Of The Countries Above

For the first time since 2020, Europe is open without travel restrictions. After serving as a reference for strict pandemic management for the last two and a half years, since October 20, it has been welcoming Americans with open arms: that day, the last European country with border curbs in place lifted them officially, reinstating normality across the continent.

Whether it’s the Roman ruins of Plovdiv that caught your eye or it’s the charming views of Novi Sad’s from Petrovaradin Fortress that you bookmarked, you are no longer required to present a vaccination certificate or get tested prior to flying to any of the above destinations. All are welcome as visitors as it was back in 2019.

Europe may be tightening security beginning next year, but at this exact moment, braving the Old World and uncovering its hidden gems has never been easier.