Even more than the Roman Empire, the Silk Road shaped the world we know today. Weaving from Europe to Asia, Russia to the Indian Subcontinent, and everywhere in between, it was along this network of ancient trading routes that people, ideas, inventions, and goods made their way.

At the centre of the Silk Road, and waiting to be discovered, is Uzbekistan. It’s quicker and easier than ever before to get there: Uzbekistan Airways also flies directly from London to Tashkent, twice a week (Tuesday and Friday) and it is now visa free for British passport holders (and other EU nationals), so you just turn up and present your passport to enter

What are the attractions which make Uzbekistan a must-visit destination? As the author of the Bradt Guide to Uzbekistan, I’ve been fortunate enough to explore almost every corner of the country. Here are my recommendations of what to see, do, and experience in Uzbekistan.

First and foremost are the great Silk Road cities of Samarkand, Bukhara, and Khiva, which have been inspiring visitors with their architectural masterpieces for centuries. All UNESCO World Heritage Sites, these cities are bejewelled with majolica tiles, stained glass, gilded ceilings, and exquisite paintings and carvings.

In Samarkand, tourists typically head straight for the Registan Square, which is comprised of three madrassahs (Islamic schools), the earliest of which dates from the 15th century. Each of the structures is highly ornamented, and the facade of the Sher For madrassah depicts strange tigers with human faces upon their backs: they are grotesque and beautiful in equal measure, and clearly challenge the orthodox Islamic view that living creatures should not be depicted in art.

My favourite site in Samarkand, however, is a 10 minute walk away. It’s called the Shah-i Zinda, and it is an extraordinary necropolis of decorated tombs, some of which are more than 1,000 years old. Each of the mausoleums in the complex is unique and beautiful, and together they will take your breath away.

Termez: off the beaten track

I like to get beyond the beaten track, however, and so it’s necessary to leave the charms of the cities behind and head out into the hinterland. Tourists rarely travel as far south as Termez, but as a result, they miss out: this was one of the great Graeco-Bactrian cities at the time of Alexander the Great, and the archaeological discoveries made here are eye-opening.

The most important finds (and well-done displays explaining where they came from) are in Termez Archaeological Museum, but it is well worth visiting the open air excavations, too. In my view, the most impressive of these is at Kampir Tepe, where you can still walk what remains of the city walls, follow the streets, and enter into homes and shops, even though the last residents left two millennia ago.

Uzbekistan’s history is rich, without doubt, but there’s also a lot to be said for exploring its more contemporary culture. The Savitsky Collection in Nukus (also known as Nukus Art Museum or The State Art Museum of the Republic of Karakalpakstan), in the northwestern part of Uzbekistan, has one of the most important collection of avant garde art in the world, and the story of how the collection was amassed and protected is the subject of the documentary Desert of Forbidden Art. The museum is undergoing an aggressive expansion programme, so more and more works of art will be put on display throughout the year.

Head to the capital, Tashkent

Tashkent, Uzbekistan’s capital, is a regional hub of culture, too. The glorious Navoi Opera and Ballet Theatre has recently reopened after major renovations, and the affordable tickets offer a chance to see world-class classical performances in a remarkable setting.

There are a large number of museums in the city, of which the Uzbekistan State Museum of Applied Art and the Fine Arts Museum of Uzbekistan are particularly worth exploring.

Make sure you also have time to people watch and shop at Chorsu Bazaar — the modern manifestation of the Silk Road markets of the past — and, funny as it may sound, take a ride on the Tashkent Metro, the stations of which are decorated with carved alabaster, mosaics, chandeliers, engraved metalwork, and more.

And then there is the food! Uzbek food is little known outside of Uzbekistan, but even the smell of the grilled meats, soups, and plov (the local variant of pilau, or biryani) will have your mouth watering. Uzbekistan is a major producer of fresh fruits and vegetables, as well as nuts, so you can expect to spend a lot of your visit snacking on healthy treats.

Uzbekistan: an up and coming destination

Uzbekistan ticks all the boxes for an exciting, up and coming destination. The country is developing rapidly, and particularly if you travel out of high season, it’s relatively easy to stay away from other tourists and surround yourself with authentic experiences and warm local hospitality. The Uzbeks have been welcoming travellers for thousands of years, and if you are lucky, you’ll soon be among their honoured guests.

The Hyatt Regent Tashkent sets a new standard for hotels in Uzbekistan, giving guests a much-needed, genuine 5* accommodation option in Tashkent. It’s the obvious place to base yourself during a business trip to the city, or to start and end a cultural tour of Uzbekistan.

Uzbekistans Airways flies directly from London to Tashkent twice a week, from £427. If you don’t mind routing via Istanbul, Turkish Airlines has return flights from £320.

It is now visa free for British passport holders (and other EU nationals), so you just turn up and present your passport to enter.

Uzbekistan becomes visa free for Brits and 44 other nationalities from February 1, 2019

Uzbekistan is a hot destination and a number of UK-based tour operators are offering scheduled departures and bespoke itineraries.

Viator also has a selection of local operators: 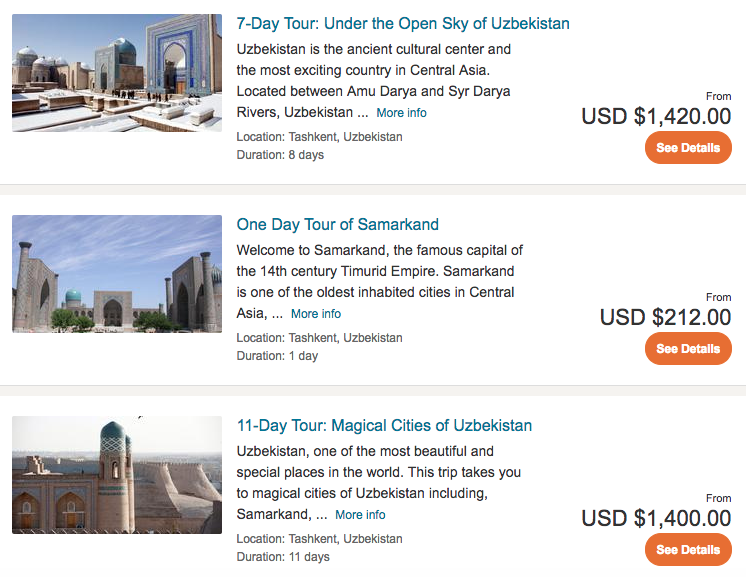 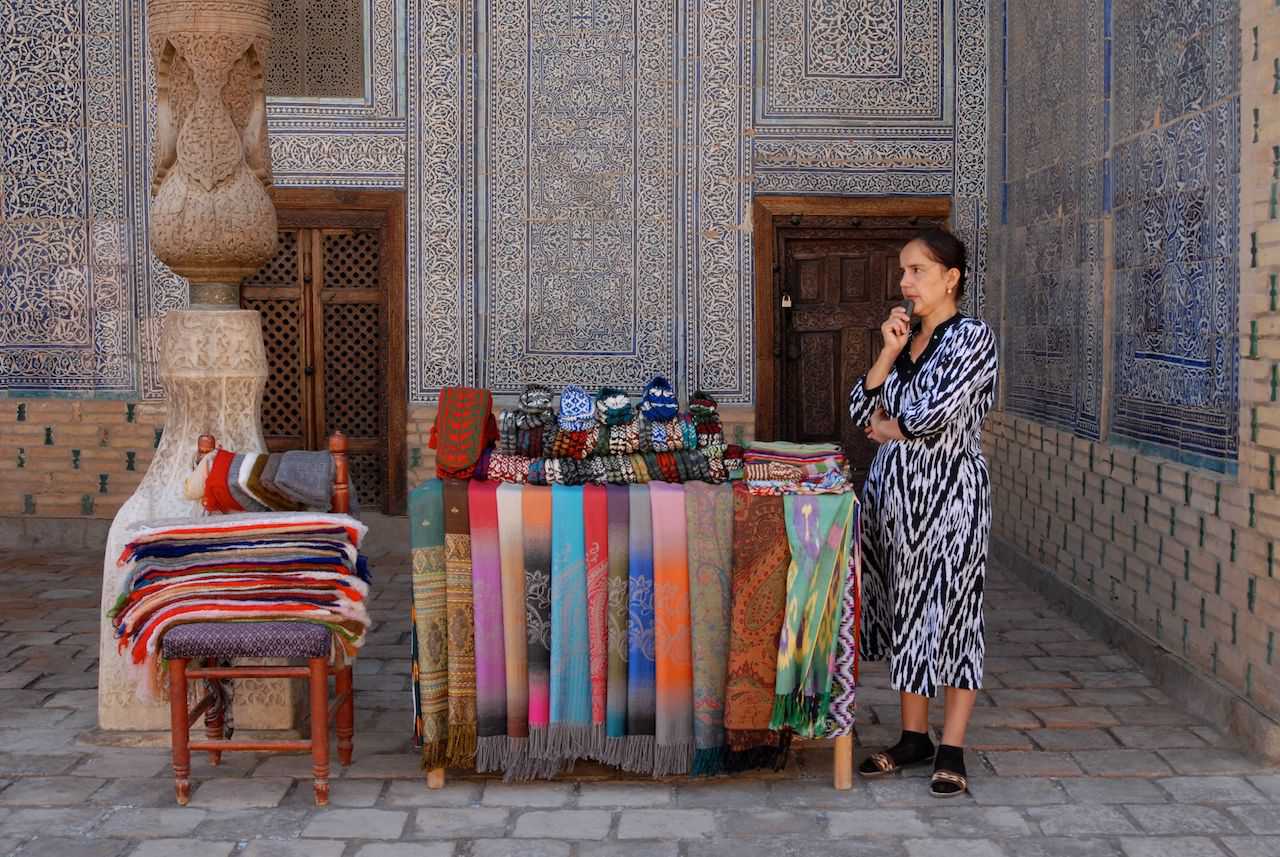 Top Spots for Hiking and Camping in Ireland