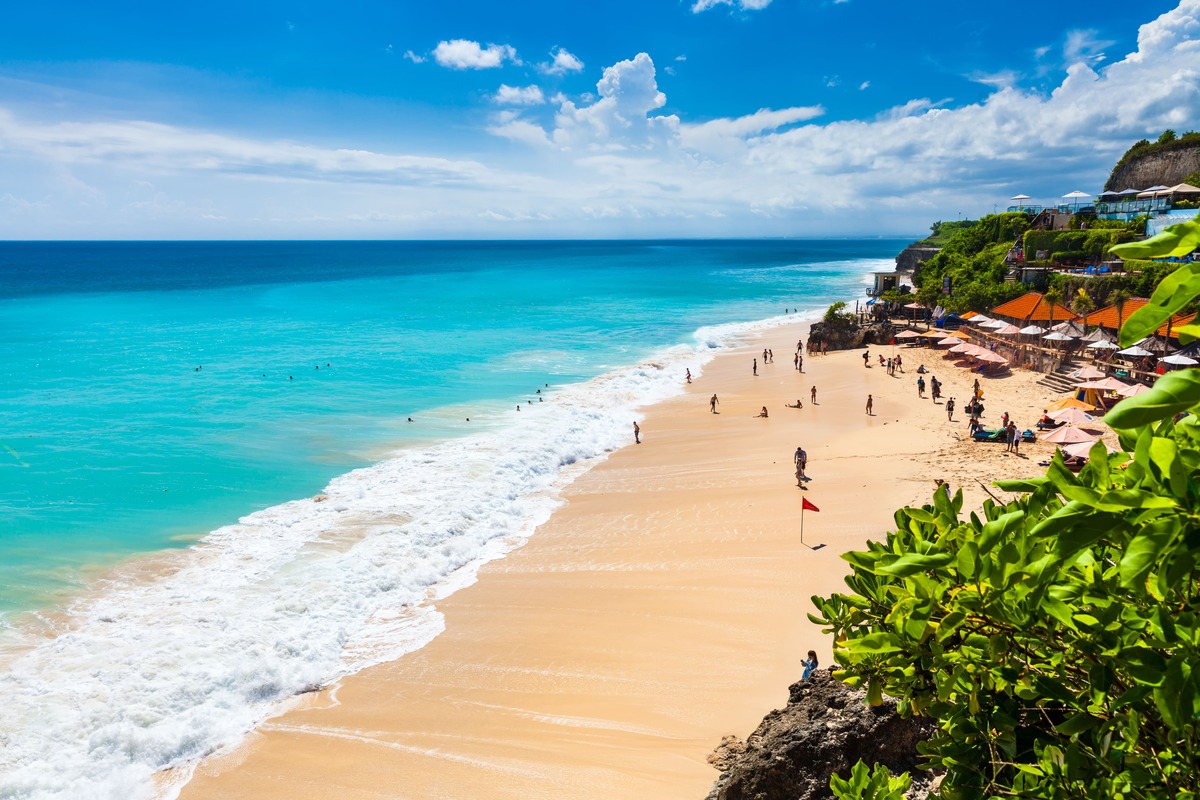 Bali Is The Most Sought-After Winter Sun Destination On AirBnB

AirBnB, the world’s number one vacation rental platform, has confirmed Bali is the most sought-after winter sun destination this year based on searches. In other words, a majority of travelers have their hearts set on the Indonesian province, where the country’s top-rated tourist attractions are located, and there is lovely warm weather to be found all year round.

After two years of isolation, Bali began reopening for visitors in early 2022 as Covid waned. Although travel restrictions have not been fully lifted, keeping in line with other Asian hubs that have adopted a similar harder stance, the Government has definitely made it easier for foreigners to enter by removing nationality-based bans and its stringent testing rules.

The pro-tourism initiative seems to have paid off, as tourism has recovered from the crisis in record time, and Bali is now leading booking trends:

Kuta Is The Number One Winter Destination On AirBnB

Bali is the leading tourist destination in Indonesia, home to several iconic landmarks, including the islands of Bali, Nusa Penida, Nusa Lembongan, and Nusa Ceningan. Other than being an area of outstanding natural beauty, where rainforests and turquoise-colored seas can be found, Bali serves as Indonesia’s cultural center.

The town of Ubud, for instance, is known for its distinct customs, traditional dance, and crafts, as well as Indonesia’s traditional terraced rice paddies. All around Bali, but especially Denpasar, the provincial capital, tourists will also find numerous Hindu temples and other ancient sacred sites, such as the famous Elephant Cave and the 13th-century Pura Maospahit.

However, according to AirBnB, neither Ubud nor the cosmopolitan Denpasar was crowned the most desired sunny getaway in Bali. Instead, the title was bestowed upon the charming Kuta, a town in southern Bali that has experienced a significant tourism boom in recent years. Despite its relatively small size, Kuta is incredibly well-developed.

Several hotels, guesthouses, and restaurants line an extensive sandy beachfront packed with sun-seekers who are either hoping to catch some epic waves or simply lie on a lounge all day and enjoy the place’s laid-back vibes. Moreover, Kuta has been praised for its nightlife and beach clubs, considered some of Indonesia’s very best.

It should come as no surprise, then, that it ranks at number one on AirBnB’s top trending winter destinations list. With a minimum of 50,000 searches, it outperforms all of its fellow Asian competitors, including Kuala Lampur, in Malaysia, and Bangkok, Thailand, in spite of Indonesia’s stricter travel regulations and visa requirements.

What Are The Rules For Entering Bali Right Now?

Having voiced his disapproval of the Indonesian Government’s pandemic regulations, responsible for hindering the growth of a tourism-dependent Bali for more than two years, Deputy Governor Cok Ace surely welcomes AirBnB’s latest report. Previously, Mr. Ace had suggested Bali’s appeal was diminishing due to the overly strict border protocols in place.

Currently, in order to travel to Bali under the ‘visa on arrival’ regime, travelers must tick all of the boxes below:

*When showing Covid symptoms or a temperature above 37.5 degrees, passengers will be required to get tested for the disease. If positive, they will be moved to a hospital for treatment or an isolation facility at their own expense.

There are no exceptions to the vaccination requirement – pre-departure tests are not considered valid proof of entry – but those unable to get immunized due to a medical condition may be able to bypass the ban. In order to be eligible for travel, they must arrange a medical certificate from relevant health authorities in their country of residence confirming this.

Visas on arrival are available for a majority of foreign nationals visiting Bali, including Americans and Canadians. They cost 500,000 Indonesian Rupiah, or roughly US$31.90, and can be purchased at the airport. Visas are normally issued for up to 30 days only, but those wishing to stay longer can extend them from within Indonesia to avoid an overstay fine.

The Top 10 Most Sought-After Winter Destinations

Led by Kuta, this is the top 10 most sought-after winter sun destinations on AirBnB for the late 2022/early 2023 period: