Although often overlooked as a reason for a safari in their own right, primates have the power to captivate a human audience more than any other mammal order. Philip Briggs shows you how to include them in your next safari

Among the diverse African mammalian orders, primates are represented by close on 100 species, ranging from the heavyweight gorillas that lumber through the rainforests to the agile, squirrel-sized galagos (bushbabies) whose spectral wails haunt the bush by night.

Primates are fascinating creatures to observe, generally living in large closely-knit troops whose intricate behaviour – playing and quarrelling, grooming and bullying, mating and foraging – is reminiscent of a boisterous gang of teenagers in a forest playground.

The world’s most high-profile – and high-cost – wild primate encounter is tracking mountain gorillas in Rwanda and Uganda. It can be physically demanding, but tracking gorillas through their misty mountain home is a thrilling experience, whether it’s that first glimpse of a sedentary silverback, or a group of clumsy adolescent fluff balls. Meeting gorillas is also, for many, an epiphany; the legendary Dian Fossey wrote of one early encounter: “On perceiving the softness, tranquillity and trust conveyed by her eyes, I was overwhelmed by the extraordinary depth of our rapport.”

Tracking chimpanzees is a more hit-and-miss activity because they range far more widely than gorillas, so on a bad day the experience amounts, in the words of one fellow tracker, to “chasing a few black furry bundles through the forest”. Yet if you catch the chimps feeding on a fruit tree, grooming or on an arboreal monkey hunt, it can be enthralling to watch these large apes go about their daily business. And even when you don’t get close, the chimp’s extraordinary ‘pant-hoot’ call – a hysterically explosive, group-bonding ritual – is simply one of Africa’s most spine-chilling sounds.

Oddly, safari operators tend to pay scant attention to other primate-watching opportunities that offer great value to visitors. In part, this is because primate diversity is lowest in the habitats where most safaris take place. But even in the likes of the Serengeti or Kruger, one can be sure of encountering troops of the dog-faced baboon and vervet monkey, both ultra-sociable creatures that display a wide range of captivating human-like behaviours.

There are also a great many accessible, affordable and underpublicised African forest reserves that offer superb, truly varied monkey viewing.

Probably Africa’s most famous primate viewing destination, Volcanoes National Park protects the Rwanda portion of the Virunga Mountains, a string of active and dormant volcanoes that runs along the borders with the Democratic Republic of Congo and Uganda. The most important stronghold for the Critically Endangered mountain gorilla, it is where primatologist Dian Fossey undertook the gorilla habituation and research programme documented in Gorillas in the Mist, and is also where the movie was shot. The gorilla tracking here is absolutely superb, and the park is also notable for the opportunity to track the near-endemic golden monkey, and for the spectacular silhouette it offers of these perfect volcanic cones cast against the African sky.

This Rwandan park, home to East Africa’s largest extant tract of montane rainforest, is renowned for its habituated troops of up to 400 Angola colobus monkeys, which are easily seen from trails around the park headquarters. The handsome L’Hoest’s monkey is a certainty, and half a dozen other primate species are reasonably common, including silver monkey and grey-cheeked mangabey. Chimp tracking is offered but not on a par with the best locations in Uganda and Tanzania.

Habituated chimps are ostensibly the main attraction at this lushly forested Ugandan national park near Fort Portal, and the quality of free-ranging chimp sightings is probably the best outside Tanzania. But ten monkey species are also present, with red colobus, black-and-white colobus, the grey-cheeked mangabey, red-tailed monkey, blue monkey and L’Hoest’s monkey regularly encountered on walks through the forest and the bordering Bigodi Wetland. The latter is the site of a superb community-run guided trail that also offers great forest birding. The innumerable crater lakes in the park’s immediate vicinity are also worth exploring.

Uganda’s premier site for tracking mountain gorillas is also one of the most biodiverse national parks in East Africa, supporting a population of (unhabituated) chimps and profuse numbers of Angola colobus and blue monkeys. It total, there are a staggering 120 species of mammal and no less than 300 species of bird.

This small Tanzanian park on the northeast shore of Lake Tanganyika is where Jane Goodall started what is now the world’s longest-running behavioural study in 1960. The small chimp community habituated by her can still be visited today, and, assuming they are reasonably static, the quality of sightings is usually excellent. Other attractions are the beachcombing yellow baboon that thrive on the lakeshore, and the red colobus and other monkeys that are frequently hunted by the park’s chimps.

Also set on Tanzania’s eastern shore of Lake Tanganyika, but 30 times larger than Gombe and home to an estimated 1000 chimpanzees, Mahale also has a magnificent setting below craggy forested peaks that rise almost 2000m above the transparent lake water. Though somewhat inaccessible, except by charter flight, this is probably the best place to track chimps anywhere in Africa, with the habituated Mimikere Community comprising some 80 individuals. Also likely to be seen are the yellow baboon, red-tailed monkey, blue monkey and red colobus. An endemic race of the dashing Angola colobus inhabits higher altitude forests.

Although Zanzibar is best known for its beaches, marine life and old Stone Town, it is also home to one of Africa’s most localised and endangered monkeys, the wild-fringed Kirk’s red colobus, a sociable leaf-eater that has become exceptionally habituated in the small Jozani Forest Reserve.

This Ugandan park is probably the most accessible place in East Africa to look out for the patas monkey, a spindly ground-dweller associated with semi-arid climates. Vervet monkeys, olive baboons and the black-and-white colobus are also likely to be encountered, and the contiguous Budongo Forest Reserve, which one passes through en route, offers organised chimpanzee tracking.

This spectacular mountain range in Ethiopia is the main stronghold of the gelada, a unique grass-eating proto-baboon noted for the male’s flowing golden mane and bright red chest patch. A remarkable feature of visits to Simien is the ease with which these terrestrial monkeys can be approached and observed going about their daily routine oblivious to human intruders.

Although it doesn’t slot neatly onto any established safari circuit, Lopé in Gabon is one of the world’s most alluring and exciting destinations for dedicated primate aficionados. It is the only place where you stand a realistic chance of seeing the mandrill – Africa’s heaviest and most colourful monkey – in the wild, and it also supports one of the largest extant populations of the western lowland gorilla, along with chimpanzee and a good range of other west-central African monkeys.

This tiny community reserve in central Ghana is home to several troops of the sacred mona monkey, which run amok in the eponymous villages, while equally sanctified, but more aloof, black-and-white colobus look on from the trees.

Protecting a quintet of uninhabited forested islands on the Gambia River, this small national park combines a steamy setting that is evocative of the Congo Basin with some interesting primate viewing, including the red colobus, vervet monkey and Guinea baboon. The main stars, however, are the orphaned chimpanzees that have been released onto three islands by the Chimpanzee Rehabilitation Project (CRP), which was founded by the late Stella Brewer Marsden in 1979. Inland excursions including a boat trip past the islands make for an excellent break from the busy beach resorts that otherwise characterise this country’s package holiday-oriented tourism industry.

This orphanage on the outskirts of the Congolese capital is the one place where man’s closest relative, the chimpanzee-like bonobo – star of Sara Gruen’s excellent novel Ape House – can be observed in something approximating its natural habitat. 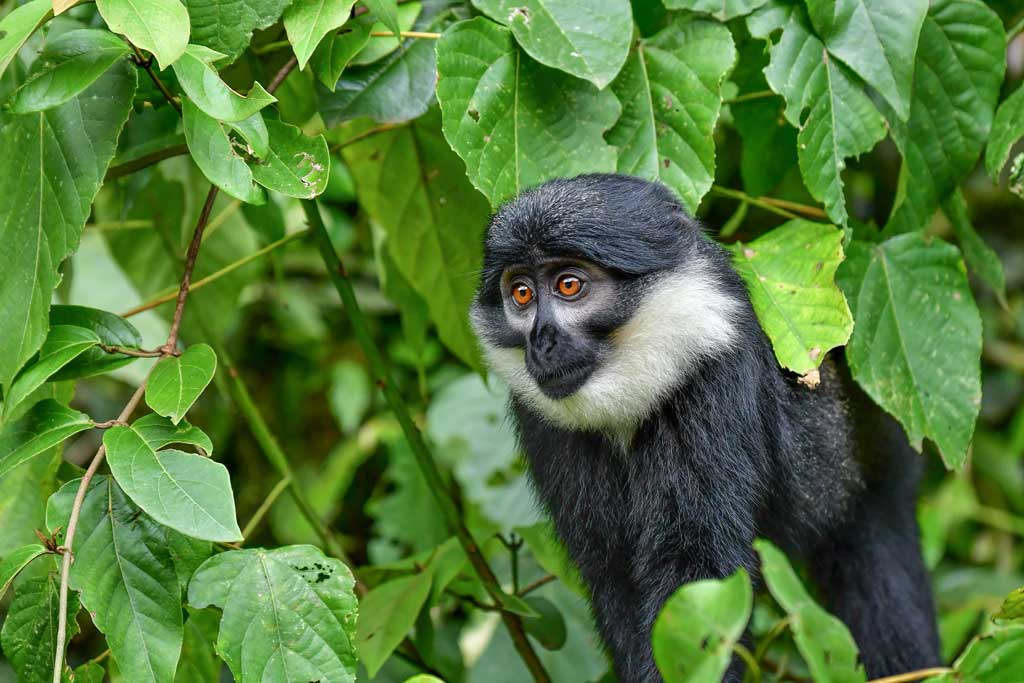 Top Things to do in Riga

The best prevention against the coronavirus is washing your hands. How long should you wash your hands for?