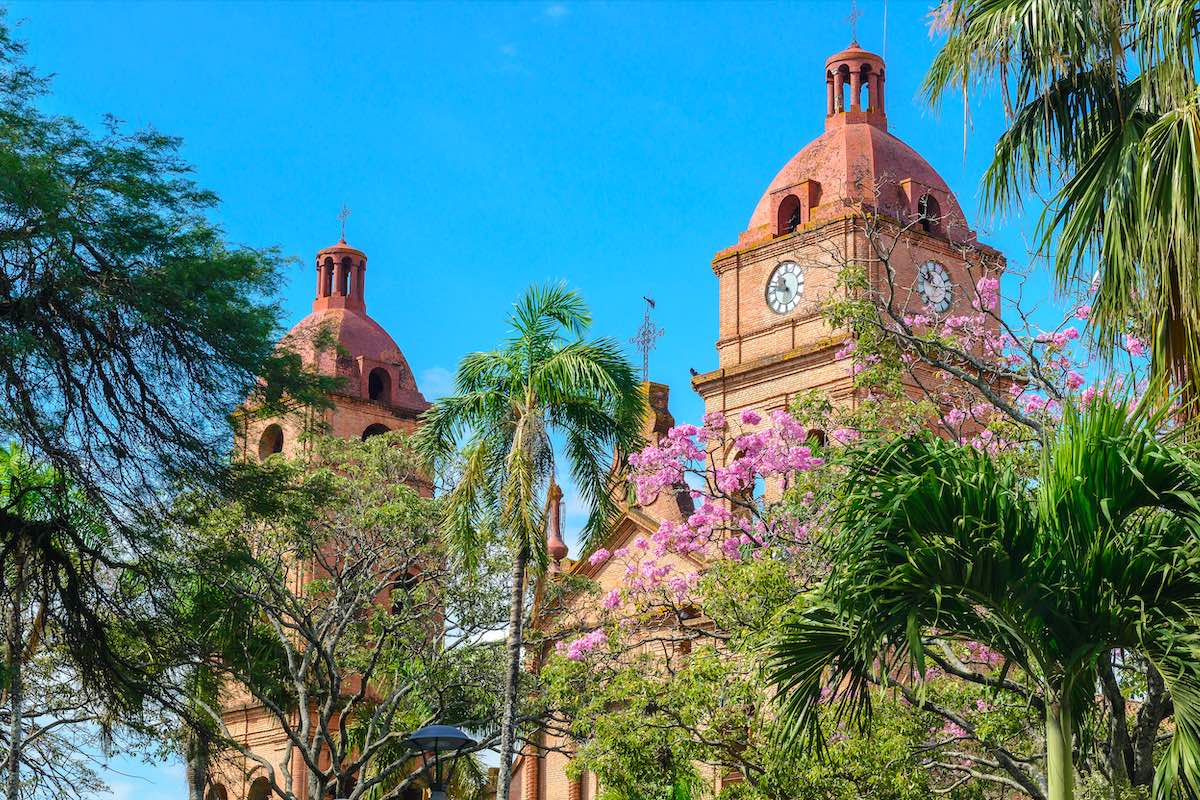 Cheapest Flights From The U.S. To South American Destinations This Winter

You can start dreaming up and planning your next adventure, we’ve put together a list of the cheapest flights from the U.S. to South American destinations this winter. With more countries dropping their entry requirements, visiting some of your favorite destinations in South America hasn’t been more accessible compared to the past few years.

Whether you are looking to take a two-week workcation in bustling Medellin or check something off your travel bucket list (Machu Picchu for January 2023?!), there’s a travel deal from the States for you.

Cheapest Flights From The U.S. To South America: Colombia

Colombia is one of the cheapest countries in South America to fly to from the U.S. Big cities like Cartagena and Medellin are not only popular with travelers from the U.S., Canada, and Europe, but there are a ton of cheap direct flight options from major cities in North America. Here are some of the best cheapies that we were able to find to Colombia:

Cheapest Flights From The U.S. To Brazil

The anticipation for Carnivale will be in the air and the weather never better, making winter the best time to head to Brazil for their summer season. Here are the top flight deals from the U.S. to cities across Brazil:

Cheapest Flights From The U.S. To Peru

Machu Picchu, one of South America’s most exemplary tourist attractions, is back up and running, and travelers just can’t get enough, yet again. If you’re looking to finally check the Inca Trail off your travel bucket list this year or just head on over to Peru to see if their ceviche is truly the world’s best, here are some of the cheapest flight prices from the U.S.:

Whether you want to explore the epic sights in Buenos Aires on a beautiful South American summer’s day or lace up your hiking shoes and explore the wonders of Patagonia, there’s a flight deal to Argentina for you. Here are the best travel deals from the U.S. for January 2023:

Cheap Flights To Ecuador From The U.S.

From oceanfront views in Guayaquil to cultural attractions in Cuenca and Quito, what’s not to love about Ecuador? Here are the cheapest flights to Ecuador from the U.S.:

Cheap Flights To Bolivia From The U.S.

Sunny Santa Cruz or lovely La Paz (or both?!), take your pick.

As always, make sure to check the travel restrictions for Latin America before your trip.

Cheap Flights To Chile From The U.S.

Chile removed its Covid-related entry requirements this past April, making this South American country open and ready to be explored.

Flight deals to the capital city of Santiago are available starting at $252 one-way from Sacramento, CA.