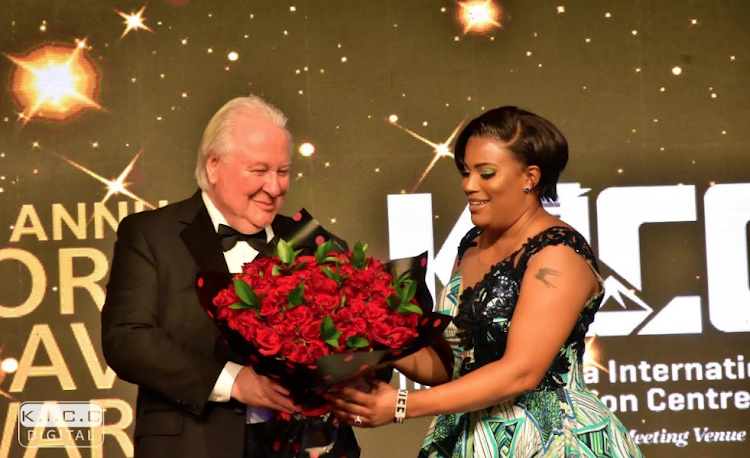 Kenya is keen to cement its position as a world travel destination as the World Travel Awards move to the global stage in Muscat, Oman, next month.
This is after sweeping up to 25 awards in the just concluded Africa and Indian Ocean Gala Ceremony in Nairobi, on October 15, held at the Kenyatta International Convention Centre (KICC).

The hosts–KICC was among the biggest winners having been voted Africa’s leading meetings and conference venue for the fourth year running.

According to KICC chief executive Nana Gecaga, WTA coming to Kenya for the second time was a show of confidence in the destination, and that the hospitality and travel industry is back.

“We have been able to bring back the glory, positioning KICC as a leading meetings and conference venue,” Gecaga who has been at the help of KICC for the last seven years, said.

KICC has been closely working with the hotel industry to host major conferences, with both the service and meetings businesses reaping big from top dollar spending by visitors.

It is estimated that every international delegate spends at least Sh376,000 per conference trip of about three to six days, reflecting the huge potential MICE holds for the economy.

KICC will be seeking to be voted the World’s Leading Meetings and Conference Centre in the November 11 grand gala.

Nairobi has been listed among nominees for the World’s Leading Business Travel Destination and Leading City Destinations categories, as the country features in at least 30 categories featuring airport facilities, airlines, conservancies, hotels and safari companies.

Top on the list among local companies is Twiga Tours, one of the oldest companies in the tours and travel business in Kenya.

Founded in 1980, the firm prides itself on offering highly personalised African Safari experiences in Kenya and the East Africa region.

“To have been nominated for the World’s Responsible Tourism Company and the World’s Leading Safari Company is in itself a huge recognition of our ethical service and warm Kenyan hospitality,” the company’s CEO Minaz Manji told the Star.

“We always strive to create and set high standards in the hospitality sector and this will always be our focus. Africa and particularly Kenya can be mighty proud of our nominations irrespective of the final results,” he added.

Also going to the global stage after Nairobi wins is the Kenya Tourism Board which will be seeking the World’s Leading Tourist Board.

Pollman’s has been nominated for the World’s Leading Tour Operator 2022, after being named Kenya’s Leading Destination Management Company 2022.

Kenya as a country has been nominated as the World’s Leading Destination and World Leading Safari Destination, battling it out with Botswana, Namibia, South Africa, Tanzania, Uganda, Zambia and Zimbabwe.

During the Nairobi gala last week, WTA founder and president Graham Cooke termed Kenya as a gem with unique travel and tourism products and features.

“You have an amazing country. Kenya is uniquely positioned…it is a hub and in the world’s tourism map,” Cooke said.

With the destination angling for post-Covid-19 recovery, Kenya is keen to bounce back with international arrivals this year expected to reach 1.4 million.