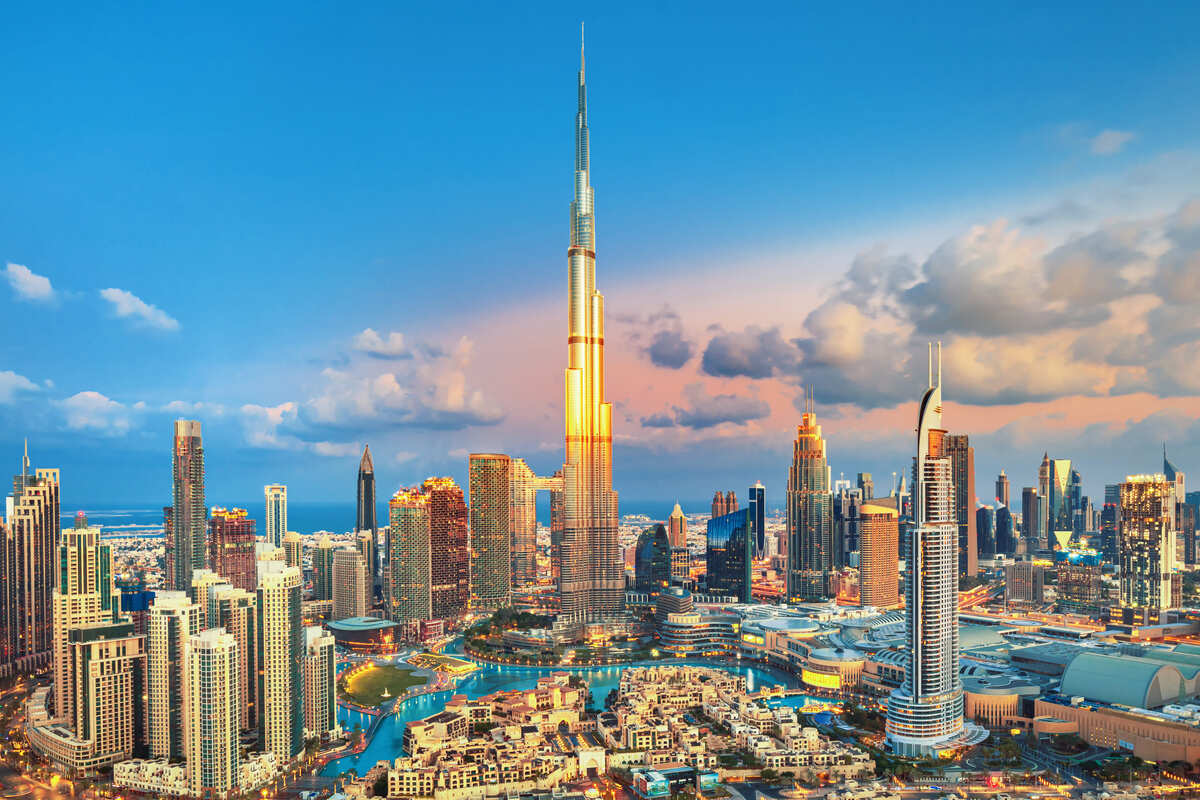 Dubai Is The Most Viral Destination For Young Travelers On TikTok

Dubai has been named the most viral destination for young travelers on TikTok, having gathered billions of views on the popular video-sharing app since health restrictions were removed. The leading financial center and development site in the United Arab Emirates, it is best known for its futuristic skyscrapers, all-inclusive resorts, and gorgeous Gulf beaches.

TikTok is one of the most popular apps right now, with over one billion users worldwide. Having overtaken Instagram as Gen Z’s preferred platform for sharing content online, it has the power to define the next global hit – through its numerous dance challenges – catapult new creators into overnight stardom and even influence travel trends.

When it comes to travel specifically, the younger generation may have already found a strong favorite in the Middle East:

Proving Dubai is experiencing a historical resurgence following the Emirate’s resumption of normal, restriction-free tourism in early November, a list of most-viewed destinations on TikTok compiled by Airport Parking Reservations featured the Eastern hub at number one, with a whopping 92 billion views so far.

The so-called Gen Z Travel Index measures the popularity of several global cities on the platform based on views alone. According to researchers, Dubai owes its fame to a myriad of attractions, particularly the landmark Burj Khalifa, the tallest building standing (for now), and the grandiose Dubai Mall, an ultra-luxurious shopping center.

Coincidentally, the Gen Z favorite is the youngest in the entire top ten. Dubai only became a point of interest upon the discovery of oil and the arrival of foreign investors in the 1960s. Since then, the once-sleepy fishing village has undergone some profound transformations, serving as the UAE’s main gateway to the outside world and regional business capital.

Naturally, tourism began flourishing as more skyscrapers and leisure complexes popped up. Today, the entire Emirate is a sight to behold, with an enviable, state-of-the-art public infrastructure, driverless trains, indoor ski stations, and a palm-tree-shaped, man-made archipelago. Soon enough, a huge moon-shaped hotel with a lunar-like surface is also set to open.

Other Cities In The Top Ten

You get our point: Dubai is a modern, ever-changing city with a vast tourist offer, and these qualities seem to be valued the most by young adults on TikTok. Beyond viewership, a second study was carried out, assessing not only ‘viral’ potential but safety ratings, how frequently these cities are searched on Google, their tourist attractions, and more.

In this ranking specifically, Dubai charts at number three, with a score of 7.1 out of 10. It is surpassed by London, deemed the best city break for zoomers (another term for Gen Z). Interestingly, London is only the third most viewed destination, with its double-decker buses, red telephone boxes, and the iconic ‘tube’ amassing 42.7 billion views.

In the runner-up slot on both lists, we find the Catalan heartland of Barcelona, home to some of Gaudi’s best creations, the Sagrada Familia, and was the second most-viewed destination, making it the most sought-after Mediterranean hotspot. So far, TikToks filmed in or relating to Spain’s second-largest city have reached 61.3 billion views.

The rest of the top ten is comprised of Paris, the romantic French capital, Amsterdam’s picturesque canals, the charming Prague, Berlin and its Cold War heritage, the ageless Rome and Milan, and Thailand’s foodie heaven of Bangkok. Finally, the study concluded a majority of TikTok users (90%) are influenced by social media when making travel plans.

Useful Information For Traveling To Dubai

Traveling to Dubai, Americans are no longer subject to health checks, presenting vaccine certificates, or undergoing testing prior to arrival. The Emirate, and the wider UAE, have scrapped all travel rules, welcoming guests like it was back in 2019. Nevertheless, youngsters should bear in mind Middle Eastern customs differ greatly from the Western World.

Although Dubai is perfectly safe, local rules must be observed strictly by foreigners, as those who break them have been known to be detained:

*Even traces of it in the bloodstream may result in a prison sentence (bail is not generally allowed).