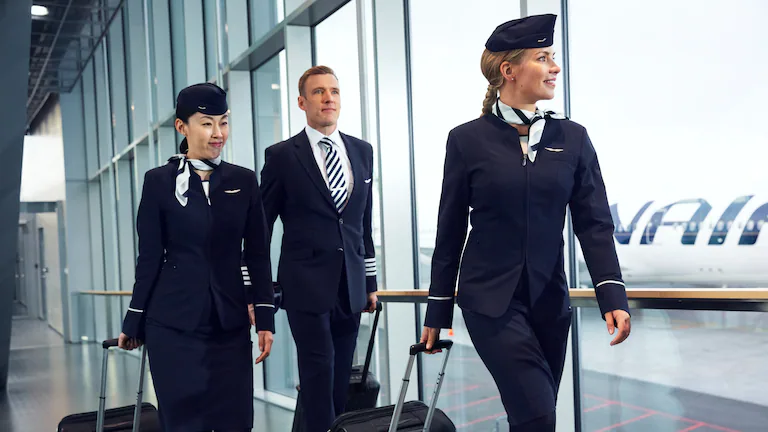 After disagreeing on cost reductions with staff in Finland, Finnair has threatened to outsource cabin crew jobs to achieve savings.

Finnair issued a warning on the 16th of November, 2022, saying that if its plans to outsource in-flight service on flights to/from Thailand and the US to partners, the company might lose up to 450 jobs.

By 2023, the carrier “may have introduced subcontracting,” it claimed.

Roughly 1,750 people are now working as cabin crew for Finnair in Finland. Doha services from Stockholm and Copenhagen, as well as Singapore, Hong Kong, and India connections, currently have partners providing cabin service.

With its hub in Helsinki, Finnair primarily served routes between Europe and Asia, most of which crossed through Russian territory.

Since Russia invaded Ukraine in February 2022, however, European airlines have been banned from flying over Russian territory. Many airlines have seen their flight times increase, but because of Finland’s position, Finnair has been hit the most.

According to a statement by Finnair on the 16th of November, 2022, “Finnair made huge losses during the covid-19 pandemic, and the shutdown of Russian airspace significantly undermines Finnair’s capacity to make a profit.”

Therefore, it has been discussing with its staff to discover ways to reduce expenses and restore profitability.

As of the 29th of September, 2022, Finnair announced that they would be eliminating 200 positions, primarily among managers and executives but excluding crew.

As a result of the shutdown of Russian airspace, Finnair is discussing the possibility of eliminating up to 200 jobs throughout the globe, the vast majority of which would be in management.

The airline claimed that while it had established deals with some employee groups, it had been unable to do so with the Finnish cabin crew and was thus compelled to explore other options.

To avoid layoffs in Finland, Finnair CEO Topi Manner said, “Our objective remains to be to find a savings solution along with our cabin crew.”

For now, we need the negotiators’ real desire to help us keep flying with our current crew and not have to lay anyone off. According to Manner, “discussion on alternate alternatives is fundamental to the change negotiations process.”