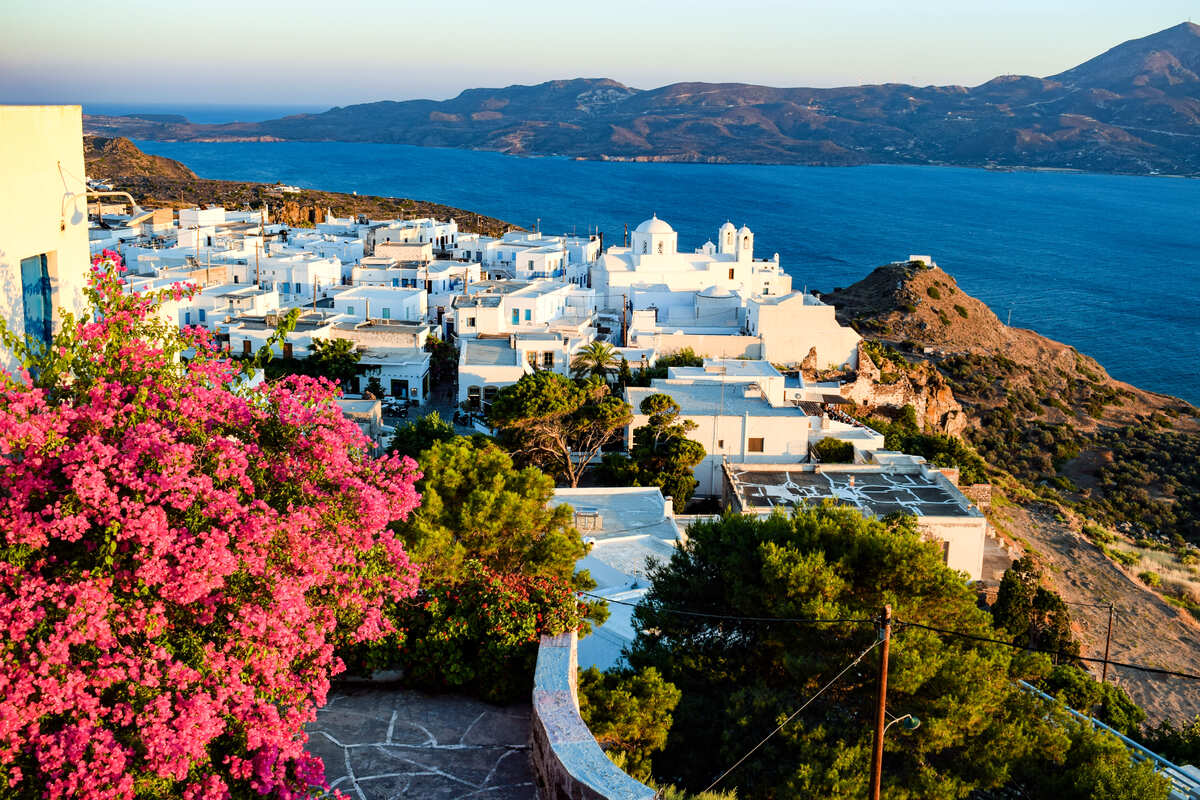 Greece is officially one of Europe’s top tourist destinations for 2023, having hit a new popularity peak following its reopening for tourism and launch of a Digital Nomad Visa. There is no shortage of marvellous sights to be found across the entire Hellenic Republic, but 3 islands in particular are trending for their breathtaking nature, rich tradition and sheer beauty.

As confirmed by the European Travel Commission (ETC), Greece is one of the countries Americans are most likely to visit in 2023, more so than Italy, Spain and several other Mediterranean competitors. With 94 percent of travelers ‘satisfied’ or ‘very satisfied’ with their latest European summer experience, it goes without saying Greece will be busier than ever come July.

We know picking one out of 227 islands is tough, so we’ve narrowed it down to 3 (gorgeous) options to make things easier for you:

The Pearl Of The Ionian Sea

Regularly described as one of the liveliest islands in Greece, Corfu is located on the westernmost provinces of the country, 21 miles off the Albanian mainland. Populated by over 100,000 people, 40,000 of which reside in Corfu City, alternatively named Kerkyra, it is notoriously more cosmopolitan than other smaller Greek islands.

The ‘City’ has wide leafy boulevards flanked by shops and Italianate architecture – an indellible mark of the four centuries it existed under Venetian rule – charming piazzetas encircled by colorful houses and alfresco restaurants, and a mazelike Old Town replete with historical landmarks, including two imposing fortresses.

Additionally, Kerkyra has a high concentration of clubs and bars, usually overflowing with tourists at weekends. However, if you don’t feel the busy city life is a vibe, you can take refuge in numerous smaller, quaint towns along the Corfiot coastline, which runs for 135 miles. A short half hour drive northwest of the capital, you’ll reach Palaiokastritsa:

Both a fishing village and a bay surrounded by a turquoise-colored ocean, it is believed to be the place Odysseus was shipwrecked by a vengeful Poseidon, before washing ashore and meeting Princess Nausicaa for the first time. Other settlements that are both shrouded in myth and provide easy access to the beach include Pelekas, Kassiopi and Benitses.

The southwesternmost of the Cyclades islands, just north of the Sea of Crete, Milos is a small island inhabited by 5,193 people, only accessible via ferry from neighboring islands or flights leaving from Athens. Due to its reclusiveness, it is more authentically Greek, and receives far less tourists than other Cycladic hubs.

Besides the iconic Greek whitewashed villas and blue-dome churches facing the azure waters, Milos is easily distinguished as the original home of Venus de Milo, one of the most remarkable works of Hellenic art now displayed in the Louvre, in Paris, and an extensive list of iconic sculptures distributed across Europe.

A culture-infused destination and inviting vacation spot, it lures both History aficionados looking the escape the buzzing summer crowds, and beach bums taking a breather by the seaside. Tourism has surely grown in recent years, but it is yet to reach the unsustainable levels seen in Oia, Santorini’s heavily-overtouristed main town, or Mykonos.

Among the top-rated sights in Milos ranked by Google, based on visitor numbers and local insights, we have pebbly beaches bordered by white volcanic cliffs, sandy crescents lined with bars, an ancient theater nestled on a hillside, and a 13th-century Venetian castle with a commanding panorama of the island and its rugged coast.

The Ancient Gem Of The Dodecanese

On the Easternmost reaches of Greece, a stone’s throw away from the coast of Turkyie, lies the often overlooked Aegean gem of Rhodes, the largest of the Dodecanese islands. It is also the most populous insular unit on this list, with 124,851 permanent residents (though that number usually doubles during the peak tourist season).

From luxurious coastal resorts to ancient archaeological complexes, the island truly ticks all the boxes, though its main attraction is the eponymous city of Rhodes itself, where guests will find one of the best-preserved medieval citadels in Europe that are still in use, traversed by the famous Street of the Knights, and packed with Byzantine palaces and churches.

Ancient History lovers will be thrilled to learn Rhodes’ marina is the exact place where the Colossus of Rhodes, a Wonder of the Ancient World, was perched until it collapsed during an earthquake in the 2nd century BC. Luckily, countless Hellenic-Rhodian monuments have stood the test of time, such as the Acropolis of Lindos and the ruins of Kamiros.

When it comes to outdoor experiences, Rhodes is well-supplied with natural wonders, with the aptly-titled Valley of the Butterflies, the paradisaical Kallithea Springs, and Filerimos’ rolling green hills to name a few. Even in winter, temperatures rarely drop below 12 degrees and reach pleasant highs of 20, making it the ideal year-round sunny getaway.

If you’re ready to go off-path in Greece, and explore this awe-inspiring country for longer, perhaps you should consider applying for the Greek Digital Nomad Visa, allowing you to remain in the territory for longer than 3 months. Find out how to apply, as well as other information on religibility and requirements here.