It was the 1988 movie “Le Grand Bleu” which put Amorgos on it the map and, as I dock at the tiny port of Katapola, the only other tourists are speaking French.

The harbour has a cluster of simple restaurants and tiny guesthouses, reminding me of how life in the Greek islands used to be. It’s situated on an attractive horseshoe bay, really a collection of three separate villages – Katapola proper on the south side, Xylokeratidhi on the north shore, and Rahidhi in the middle.

Behind, the mountains rise up into one long ridge reaching 800m at its highest point and they’re covered in a network of well-signed trails. The landscape is the star here, rather than the beaches, and the best way of discovering the delights of the island is on foot. Even better you can truly appreciate the magnificent settings of the ancient cities.

The bus climbs upwards to the centre of the island. Surrounded by rocky hills topped with decapitated windmills, Chora, the island’s capital was built as protection against pirate attack.

From here I take a path downwards towards the sea and then start to climb 350 steps to the 11th century Moni Hozoviotissis monastery. The dazzling white sheer structure is embedded into the cliff face and eight floors, connected by narrow stone staircases, are carved into the rock.

Only a couple of monks occupy the fifty rooms now but they still offer traditional hospitality. Every guest is treated to a sugary lump of loukoúmi, a warming shot of raki, with honey and spices, and a cool glass of water.

Suitably fortified, I follow a well-signed trail northeast along the high spine of the island. This is a barren treeless landscape but in the distance, I can make out tiny white villages. I soon drop down to Aegiali,

Amorgos’ second port, even sleepier than Katapola. Resisting the temptation to rest on the town’s sweep of sand, I take a circular trail upwards through the lovely villages of Langada and Tholaria.  After another three hours, I’m back at the shore and take a well- earned dip.

The next day I set out in the opposite direction and climb out of Katapola on the steep road to reach the ancient city of Minoa in about 40 minutes. Like most things on the island, it’s very low key, with no information on display, but the setting is spectacular. I see fragments of wall, the foundations of an Apollo temple, and trays upon trays of unsorted pottery shards.

The track follows the coastline south-west, descending almost to sea level before climbing up through abandoned terraces to reach the site of Ancient Arkesini. It’s in a commanding situation, perched precariously on the clifftops, surrounded by water on three sides. It dates from the 9th century BC but was later abandoned because of pirate raids.

A short distance inland is the Tower of Agia Triada, built in the 4th century BC to give citizens safe haven. It’s one of the largest and best-preserved towers of the Cyclades, quite spectacular in size. This rectangular fortress, built of local limestone, is a characteristic example of Hellenistic architecture and stands out in the landscape.

Unlike the north of the island, the south is far more fertile with abundant olive trees, and I descend steeply to a narrow bay. The beach is deserted, overlooked by an old chapel, and the sea beckons. After a final dip, I make my way back inland to Kolofana and tuck into wonderful local specialities at Apanemo restaurant. Of course, everything here is organic, picked from the owner’s gardens and I particularly enjoy mother’s slow-cooked goat.

FLY: Wizzair has cheap flights from London Luton to Athens.

GETTING AROUND:  Most ferries from Piraeus go via Naxos. There are also links with Mykonos and Santorini. Use the limited bus services on the island to explore on foot.

STAY: Diasino Studios, just behind the port in Katapola, makes a comfortable base. 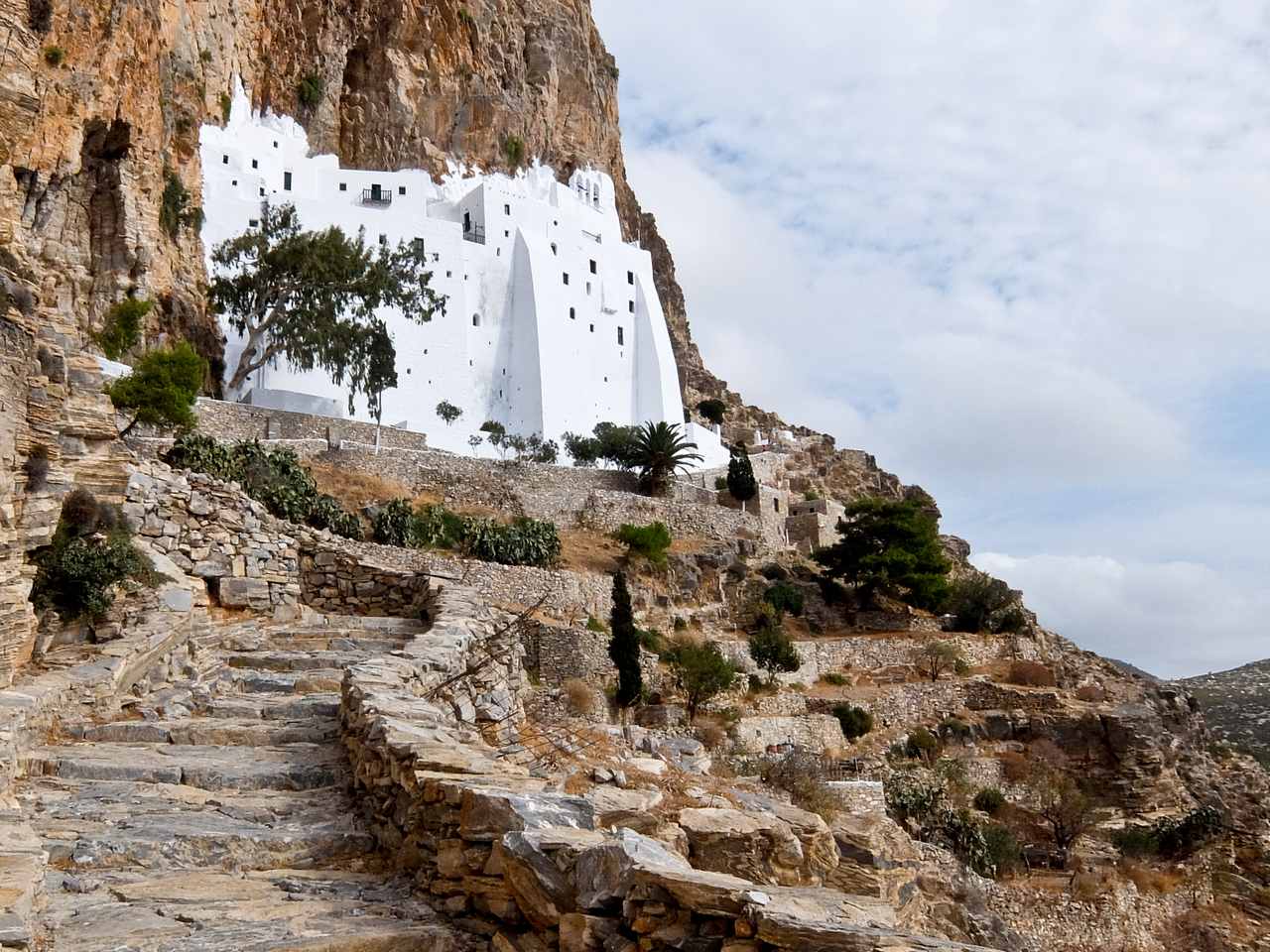 Jet2Holidays are offering £100pp off for the first 50,000 holiday bookings