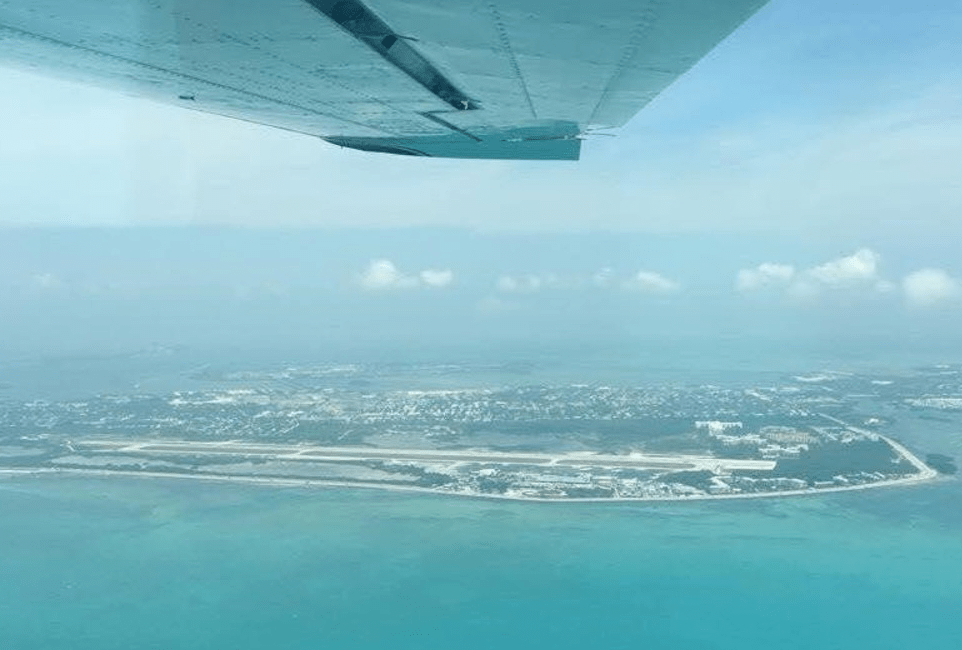 A major part of vacation planning for any destination is determining how to get there.

Key West offers transportation opportunities unlike any land-locked locale. There are many options by sea, land, and air that make the journey to Key West a grand part of the adventure.

We’ve pulled together a guide on how to get to Key West by land, sea and air.

We’ll start with the traditional way of getting to Key West – by sea.

How to get to Key West by sea

For hundreds of years the only way to reach the little island, once known as Cayo Hueso or “Bone Island,” was by sea. Long before Christopher Columbus unrolled his beach towel in the New World, the Caribbean natives often used it as a fishing outpost.

Today, hundreds of thousands of people from all over the world visit our little paradise coming in by cruise ship. Major cruise providers like Royal Caribbean, Carnival, Celebrity, Disney and Norwegian offer a Key West port of call for several of their cruises. You can also visit on cruises by P&O Cruises, Costa, and MSC Cruises.

A favorite mode of transportation, especially for guests coming from Florida’s Gulf Coast, is the Key West Express ferry from Ft. Meyers. The Express currently operates four of the most modern vessels operating in the Florida tourist business. All of the vessels feature air-conditioned interiors, sun decks, a full galley and bar, large flat screen TVs with satellite programming, and knowledgeable crews with years of experience.

By boat or yacht

For travelers lucky enough to own their own sea-going vessels, there are several marinas to tie off in.

Getting to Key West by road

Inspired by the announcement of plans to build the Panama Canal, Henry Flagler began to build his Overseas Rail Road in 1905 with his own money. From start to finish the project was plagued with difficulty, danger, and disaster, but Flagler persevered through 7 grueling years of construction.

This from an article on FloridaKeys.com:

Flagler’s associates wanted him to realize his dream of riding his private railroad car into Key West. But, time was running out as he was getting old. His 82nd birthday party was postponed for a few weeks so that he could celebrate it with the completion of the project. At 10:43 a.m. on January 22, 1912, engine number 201 safely delivered Flagler and his wife in his private car, Rambler, for three days of celebration in Key West. As tears were streaming down his face, he said, “Now I can die happy. My dream is fulfilled.”

On Labor Day in 1935 a powerful hurricane dealt a deathblow. Hundreds of people in the Islamorada area lost their lives and 40 miles of railroad track were washed out. The railroad’s right-of-way was sold to the State of Florida for $640,000, and would become what is now the Overseas Highway.

The roadway was originally completed in 1938 and incorporates 42 bridges over the waters of the Atlantic Ocean, Florida Bay and the Gulf of Mexico. They include the Seven Mile Bridge at Marathon, which stretches 6.79 miles across open water and was referred to on its completion as “the eighth wonder of the world.”

Driving through the Keys on the Overseas Highway is still one of my favorite activities.

Cruising along at a leisurely pace, passing between sheltered little communities and wide open ocean vistas is a treat all to itself.  Then you hit Seven Mile Bridge and the wide open vistas of sea and sky.

Even as early as 4:00 in the afternoon, the clouds begin to take on a slight pink blush, hinting as to what awaits in Key West.  If you really want to experience the drive to it’s fullest, I highly recommend renting a convertible. The speed limits are strictly controlled and range from 35 to 45 miles per hour throughout the Keys, perfect for a top down cruise. Just be sure to put on some sunscreen before you hit the open road.

Driving to Key West from Miami

From Miami, the drive will take around 3 hours, from Ft. Lauderdale a little closer to 4 hours.

Once in Key West, you will not be using that rental car much. If you are staying in Old Town, the historic quarter, most everything is within a short, charming walk. Many guests return their car at the airport, take advantage of bicycles, scooters or electric cars on the island, and pick another one back up at the end of their week.

Getting to Key West by air

Of course, the quickest way to get here is by air.

KeyWestTravelGuide.com says this about air travel:

Daily flights by a handful of major airlines bring in many passengers from all over the world. The airlines that service Key West are Delta, American, US Air, Cape Air, and Continental. For most every air traveler, you will change to a smaller plane in South Florida, for the final leg to Key West. Since our airport is small, expect your connecting flight to Key West to be on a small plane, often referred to as a “puddle jumper”. Almost all of these flights originate from either: Miami, Ft. Lauderdale, Tampa, or Orlando. The one airline offering an out-of-state flight is Delta’s Atlanta-Key West route…a route that is especially desirable for those in the Peachtree State. If you fly during daylight, the view of the Florida Keys is breathtaking.

Search for flights to Key West.

If you’re interested in really traveling in style, you might want to consider a private air taxi charter with Aviator Services.  Service in their 2009 Cirrus SR22 is now available in South Florida, based at Miami’s Tamaimi Airport. Get to where you need to go in Florida quickly. The Cirrus cruises at nearly 200 MPH. Enjoy Bose Quiet Headsets and XM Radio, a roomy cabin and seating for 3 passengers. It’s like flying in a luxury sedan with wings!

No matter whether you choose to travel by sea, land, or air, you’re sure to find that getting to Key West truly is half the fun!