Indigo Bath, the inside guide to spa town of Bath

One of the most historic and architecturally stunning cities in England, Bath features some of the best Roman ruins in England. The city is a World Heritage Site since 1987 and has been drawing travellers for a long time.

One of the newest luxury addresses in this gem of a small city in the county of Somerset is Hotel Indigo Bath. The hotel offers the perfect stay to explore the historic times of Roman Britain while wandering through the pages of one of Jane Austen’s classic novels.

Reflecting the charm and history of the city, which is sacred in the world of literature, Bath’s luxury hotspot is set in a beautiful honey coloured 18th-century Georgian townhouse. Steeped in history, this Georgian townhouse has many tales to tell. The Grade 1 listed building boasts of lodgers such as Sir Walter Scott, William Wilberforce, The Duke of Kingston and the Duke of York. In more recent years, the building was home to Mrs. Pratt and her family before becoming one of Bath’s best located hotels. Post a multi-million-pound refurbishment, the townhouse has now become the first global boutique hotel in Bath where reassurance meets style, creativity, and attention to detail. The hotel opened its doors in September 2020.

Of literature and beyond 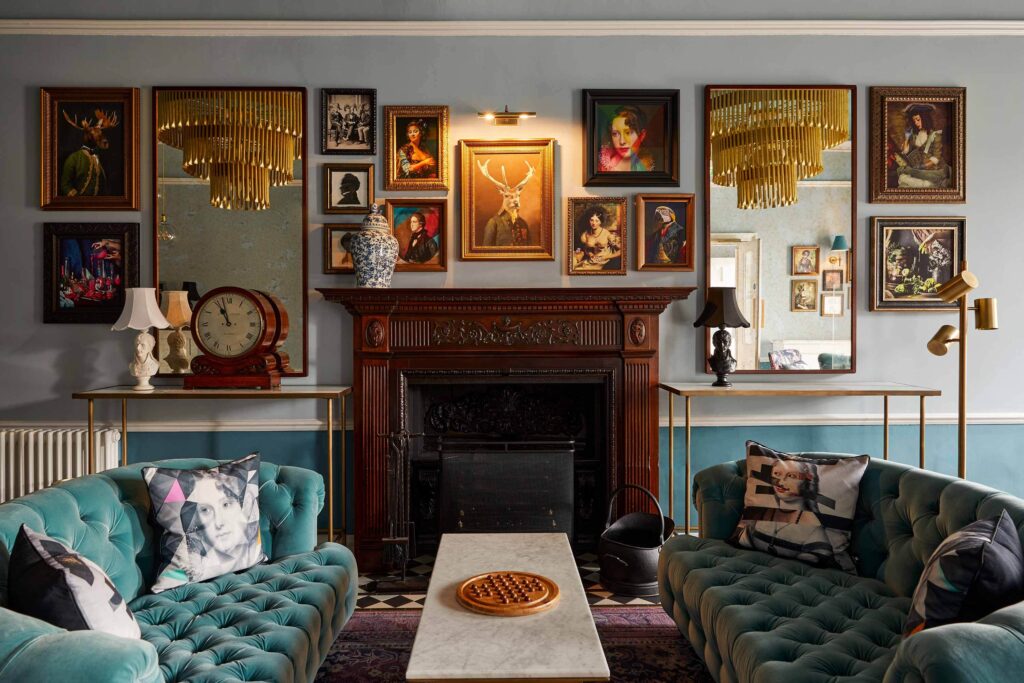 There are 166 guest rooms designed around four beautiful themes reflecting the history and locality of Bath. These include Romance and Mischief, Literary Hideaway, Architectural Beauty and Garden.

The hotel offers them a flavour of romance with its own Romance and Mischief guest rooms for the Bridgerton fans. The themed rooms pay tribute to the old, grand Debutant Season in Bath and have an abstract style that’s mixed with Georgian tradition.

The Architectural Beauty rooms feature traditional Georgian artwork and furniture that will take you back to an era of stunning beauty. My favourite was the Literary Hideaway rooms which come with walls of novels from so many of Bath’s famous authors and a writer’s desk. The Garden rooms overlook the new garden terrace to combine modern design with a stunning view.

According to the general manager at Hotel Indigo Bath, Nicola Fender: “The rooms have a wonderful, quite fantastic feel about them and you can really sense the history when you go into them.”

A taste of timeless British cuisine

The property also features the new restaurant from the UK’s leading authority on wild food and game, West Country restauranteur Mike Robinson. The renowned restauranteur has brought his core ‘field to fork’ philosophy to Bath to create dining experience with a focus on sustainability, seasonality and locally sourced produce. Unique in the fact that it actively manages the land that its wild deer comes from, The Elder is a celebration of British dining. A professional Huntsman, who carefully manages the wild deer over large areas of private land, delivers prime venison carcasses to the restaurant. The Elder’s focus is on provenance, humane practise and full use of every part of the carcass. Fish derives from local rivers and the finest fisheries in Cornwall, while fruit and vegetables are obtained daily from local farms and markets.

What all to see

And while you are here, explore the historic sights of the Bath Abbey, the Roman Baths and Pultney Bridge. You must also witness the array of boutique shops that line up the streets. The street performers and modern-day inspirational galleries should also be in your list of ‘to-do things’ in the area.