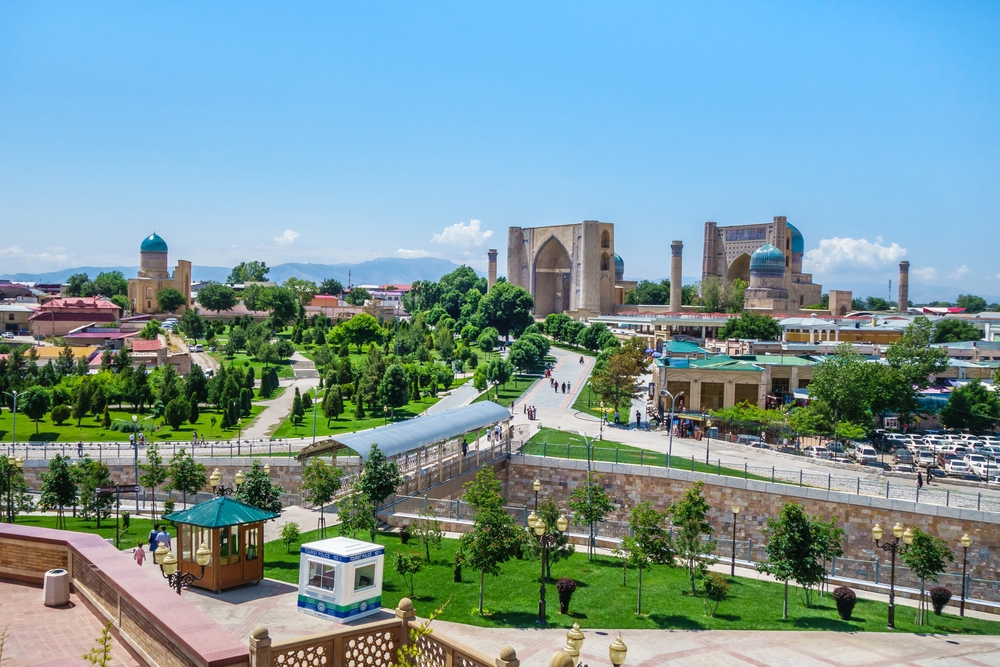 Wizz Air’s aircraft, with a delegation from the company onboard, touched ground this afternoon at Samarkand International’s new terminal and was greeted by Air Marakanda’s leadership. The airline is the second prominent UAE carrier to launch a new route to Samarkand in Q4 2022.

Anton Khodzhajan, General Director of airport management company Air Marakanda LLC, said: “We are pleased to welcome our new partner, Wizz Air Abu Dhabi, whose direct flights between the ancient city of Samarkand and the UAE began today, marking a significant event for Uzbekistan aviation and tourism. The Air Marakanda team has worked hard to bring this about, as it opens up new travel opportunities for residents of Samarkand and the area, and will attract tourists from the Middle East to our beautiful city.”

Michael Berlouis, Managing Director of Wizz Air Abu Dhabi, said: “We welcome our seventh and eighth aircraft and are delighted to expand our ever-growing network in Central Asia, a key growth market for Wizz Air Abu Dhabi. The new route into the unmissable and historic region will be operated by two new state-of-the-art Airbus A321neo aircraft which have been recently added to our fleet. Wizz Air Abu Dhabi is committed to supporting the long-term growth of the UAE’s travel and tourism sector, providing an eclectic mix of new marvellous destinations. We are continuing to deliver travel options that are more convenient and affordable for everyone and we look forward to seeing you onboard our young and sustainable aircraft soon.”

Flights via Wizz Air from Abu Dhabi to Samarkand will start at only USD48, with two flights per week operated for the remainder of 2022. From 1 January 2023, Wizz Air will fly the route thrice weekly.

Part of ongoing and rapid development of new routes to Uzbekistan’s historic gem – the ancient city of Samarkand – welcoming WizzAir is aligned with Air Marakanda’s and state partner Uzbekistan Airports JCS’s USD80 million expansion of SKD. The new airport will serve the region’s population of 3.9 million and act as a hub for international transit flights.

Serving visitors to Uzbekistan’s most frequented tourist sites in, and around, the historic Silk Road city – the modern facility will be able to handle triple the number of passengers than it could previously. Independent research by market research firm, Lufthansa Consulting, forecasts an increase in annual passenger traffic from 480,000 to two million.