Separated from Zambia by the Zambezi River, Mana Pools is the most beautiful national park in Zimbabwe. Some people, including John Stevens, the country’s most respected safari guide, would go even further, declaring this UNESCO World Heritage Site to be the loveliest big game sanctuary in Africa.

Encompassing a pristine wilderness roughly half the size of Surrey, it’s a land of giants, of colossal trees and huge elephants. In the local Shona language ‘Mana’ means “four”, referring to a quartet of idyllic oxbow lagoons left by the Zambezi’s former meanderings.

Now in his 70s, Stevens has been wandering around Mana Pools for close on half a century and has lost none of his enthusiasm for what he describes as “the best walking country in Africa.”

As warden of Mana Pools in the 1970s, he got to know every inch of the park when carrying out anti-poaching patrols. Then in 1981, he left the Parks Department to build Chikwenya Safari Camp, and four years later struck out on his own to become one of Zimbabwe’s first private safari guides.

His camp was revived by his daughter Sarah and her husband Milo in 2009, and they entered a partnership with Robin Pope Safaris in 2017, when it was renamed John’s Camp. As you might expect with such experienced pedigree, John’s Camp is a genuine no-frills bush camp that still provides the essential luxuries: soft beds, hot showers, alfresco dining under the stars – and a location to die for overlooking the vast Zambezi floodplains.

With John’s Camp as your base, his team of expert local guides will show you the wonders of this unique sanctuary on daily game drives or on foot, strolling down the endless aisles of winterthorns, where impala flit through the dappled shade and elephant bulls come to shake down the ripe seedpods.

With luck you may spot the wild dogs filmed by the BBC for Dynasties, one of the best-ever Attenborough blockbusters. And luckier still, should Stevens himself be around, you might get the chance to go walking with this extraordinary man, as I did during my stay.

Having heard the Nyamatusi lion pride roaring during the night, we set out at first light to look for them. The sun was barely over the horizon, but already a million Cape turtledoves were exhorting the world to “work harder, work harder”, as we found the lion tracks and followed them across the plains.

For more than an hour we pursued them, with Stevens providing a master class in the art of tracking. It became obvious that we were getting close when he suddenly stopped to point out a tuft of dry grass that has been flattened under their feet – and which was now slowly rising!

“Isn’t this marvellous?” he whispered with a boyish grin. But when we came to the Jesse – the impenetrable bush country that covers the park’s hinterland, he held up his hand. “Don’t think we’ll push them any further, he said. “It’s so thick in there we could walk right into them.” 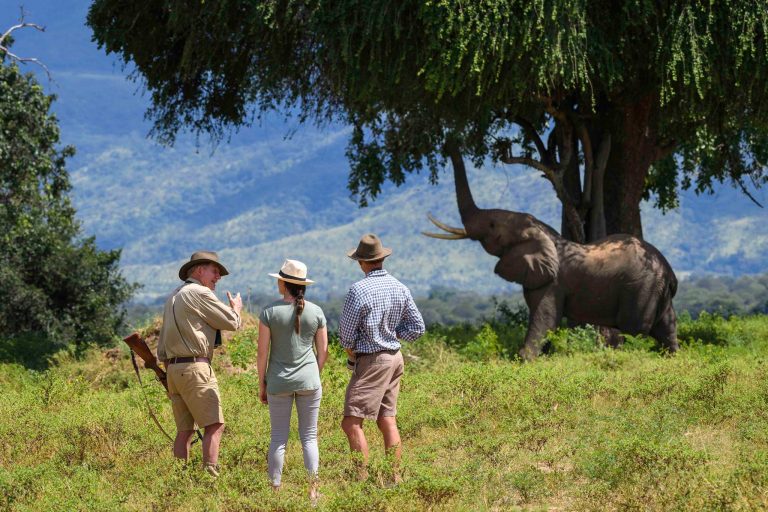 How to Take a Day Trip to Yosemite Valley