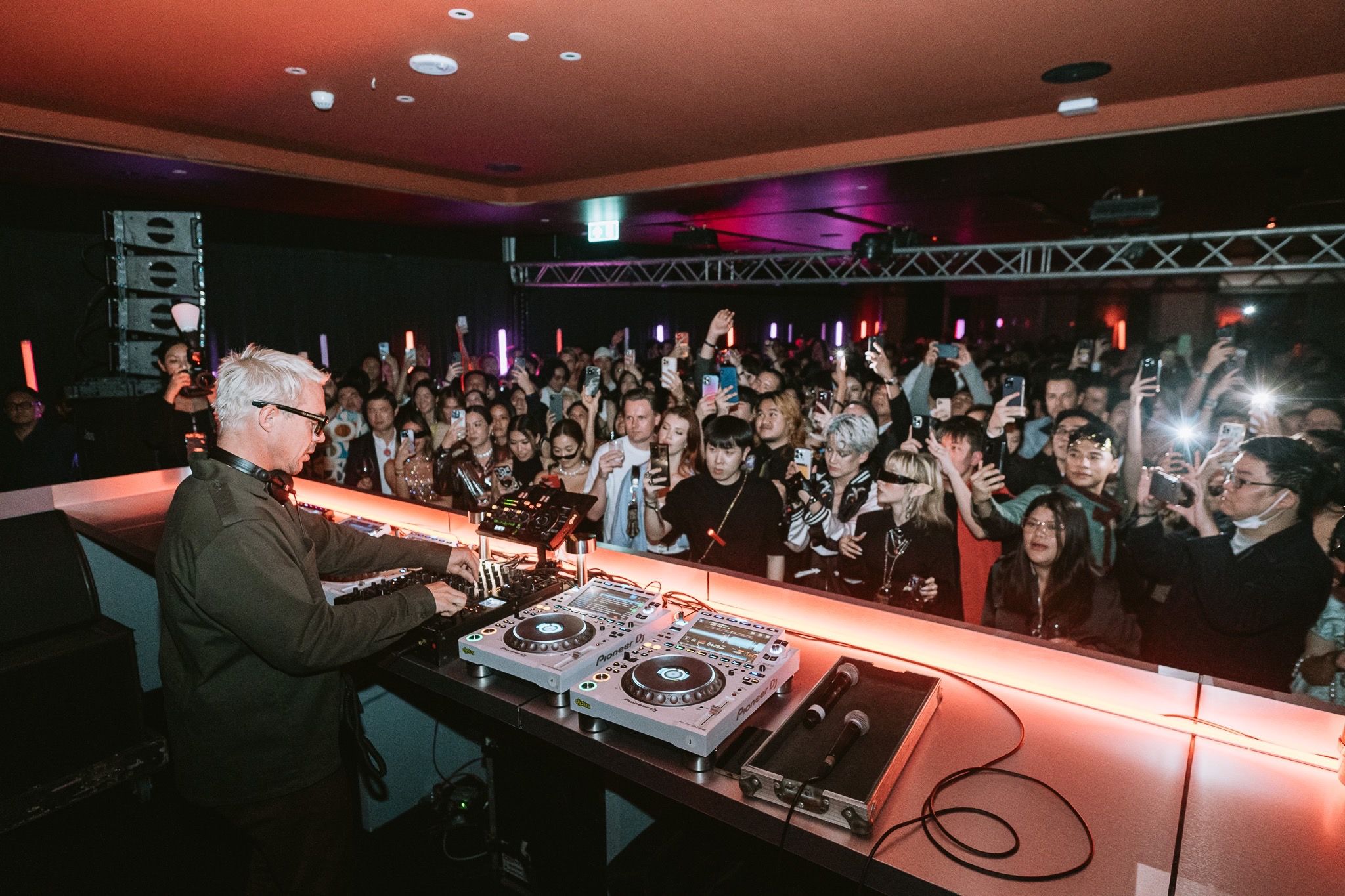 It’s a Go! The Standard, Bangkok Mahanakhon turns its grand opening into a festival of music

A dynamic and immersive cultural epicenter taking residence inside the iconic King Power Mahanakhon, The Standard, Bangkok Mahanakhon celebrated its grand opening with a Festival of Music on 14 December 2022, officially marking the celebrated arrival of The Standard’s Asia flagship in the Thai capital.

Standard CEO, Amber Asher said, “Tonight, as we celebrate the official grand opening of our Asia flagship, I am overwhelmed with pride and gratitude for our dedicated team, our talented collaborators, our wonderful partners at King Power and for Sansiri. This beautiful hotel, which is nestled in the King Power Mahanakhon building, an international travelers playground to ‘Shop, Stay, Play, Eat’, has endured the greatest of challenges throughout the pandemic, yet we persevered.  We are so proud to bring our cherished Standard brand to Asia in true “Standard” fashion. This stunning hotel has far exceeded our expectations in all ways.”

At the grand opening last night, the tradition of Standard Sounds was represented through performances ranging from local rising stars to international legends. Thoughtfully crafted by The Standard’s legendary EVP of Nightlife and Entertainment, Stephane Vacher, the night’s music programming unfolded across all hotel venues, including the Pool (converted into a world-class stage), the beloved lobby lounge and a pop-up night club. The diverse musical line up kicked off with 90’s hip hop in The Parlor, driven by one of the most prominent players on New York’s underground radio scene, Stretch Armstrong and East Coast legend, a true party DJ, Rich Medina, setting the tone for the evening. At the pool, Onyx Collective, the new generation of modern Jazz, paid respect to the giants of classic jazz through their classical training while infusing Hip Hop and R&B, resulting in a reinterpretation of Avant -Garde Jazz Fusion. Leading up to and immediately following Onyx Collective was the very talented DJ duo, musclecars. Native New Yorkers, Brandon Weems and Craigs Handfield, complemented the all-star talent, representing the best in music’s rising stars. Guests were treated to an iconic, popup performance by New York burlesque icon Dita Von Teese, who performed her unique style of burlesque in a martini glass on the terrace of The Grill Cafe. The night culminated with an epic performance by global electronic music sensation Diplo, who set the dance floor on fire.

In true Standard style, revelers from around the globe mixed, mingled and danced as the carefully crafted journey led them through The Standard’s wonderfully unique spaces, where a curation of music performances acted as a medium to promote organic exploration. The night’s immersive journey of experiences saw The Plaza, The Parlor, The Standard Grill, and the neon-lit swimming pool transform into microcosmic worlds of music genres, while the third floor event space was turned – for one night only – into the most exclusive nightclub in town.

Meanwhile, an elevated cocktail party at The Standard Grill’s dining room and terrace saw revelers enjoy gourmet creations from The Grill team paired with premium champagne and signature mixology. As lively conversations formed against a background of soft soul performed by local vocalists, the restaurant hummed with an eccentric crowd dressed to the nines.

To make the most of Bangkok’s balmy weather, The Pool laid out an alfresco spread of thirst-quenching cocktails served from the ornate pool bar along with a legalized CBD offering. The pool’s atmospheric lighting formed a magnetic yet serene backdrop for live performances of contemporary jazz from the likes of Onyx Collective who fused hip hop, R&B, rap, Afrobeat and Latin beats while celebrating the genre’s roots.

As the night progressed, the party moved to The Club – a late-night room soundtracked with live sets from DJ Alex from Tokyo and legendary American DJ and music producer Diplo. With an industry-best sound system, purpose-built dancefloor and LED lighting system to rival the hippest of Bangkok’s nightclubs, The Club pulled out all the stops to show Bangkok how The Standard does it.

About The Standard, Bangkok Mahanakhon:

Created in partnership with King Power Group and Standard International, The Standard, Bangkok Mahanakhon will be The Standard’s Asia flagship and a world-class destination across the globe. Bangkok’s spirit of innovation and unconventionality made the Thai capital the perfect locale for our Asia flagship, The Standard, Bangkok Mahanakhon. Located in one of the most iconic buildings in the city, the iconic King Power Mahanakhon the 155-room hotel is already a landmark. With rooms ranging from 40 sq. m. to a sprawling 144 sq. m. penthouse, a terrace pool, fitness center and spa, meetings rooms and a dynamic variety of food, drink and nightlife venues, The Standard, Bangkok Mahanakhon is a fit for any traveler, at any time of day or night. There’s the Parlor, the hub of the hotel for check-in and out, cocktails, work or lounging, the eclectic and unexpected Tea Room, American steakhouse classics at The Standard Grill, and award-winning Chinese cuisine, sparkling ambiance and impeccable wine list by Mott 32, and two remarkable sky-high dining experience from Ojo a Mexican-inspired restaurant directed by one of the finest chefs in Mexico to Sky Beach the highest alfresco rooftop bar in Bangkok.

Standard International is the parent company of The Standard hotels. Created in 1999, The Standard hotels are known for their pioneering design, taste-making clientele, and unrelenting un-standard-ness. Launched originally in Hollywood, The Standard has now opened properties in marquee locations across the globe including in New York, Miami, London, the Maldives, and Hua Hin, The Standard, Ibiza and the brand’s Asia flagship, The Standard, Bangkok Mahanakhon opened this year. Standard hotels in Lisbon, Milan, Melbourne, Singapore, Dublin and Brussels are under development. The goal of every Standard project—be it a city hotel, a seaside resort, or a rooftop bar—is to defy convention, up the aesthetic stakes, and deliver an experience that only The Standard can. The Standard’s unconventional and playful sensibility combined with careful consideration of design and service details, have established its reputation as a pioneer in hospitality, travel, dining, and nightlife. Standard International also owns a majority stake the Bunkhouse Group and The Peri hotels. www.standardhotels.com @thestandard