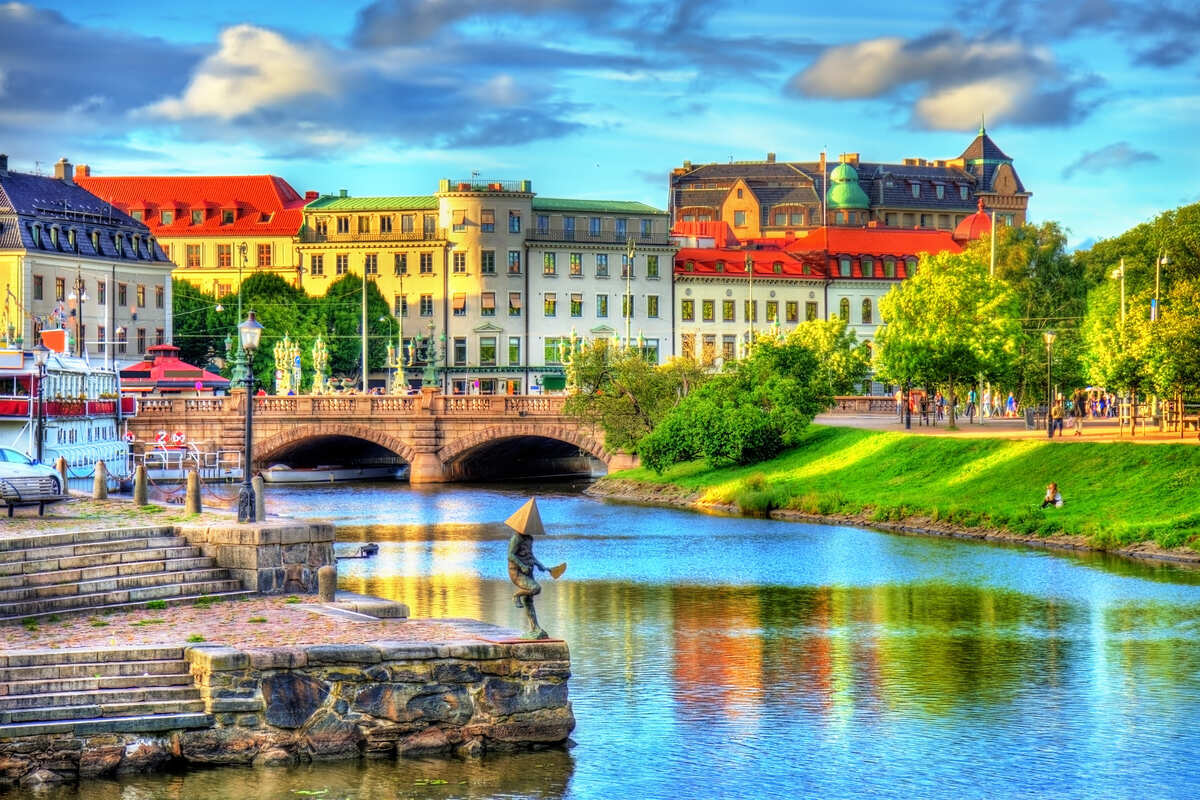 In preparation for what’s shaping up to be a historical year for travel now that international borders have reopened, New York will begin hosting flights to two gorgeous Scandinavian cities this spring. This will bring Americans closer to the Northern European territory. Interestingly, none of them are national capitals.

2023 will mark the first full year of normal tourism for Europe since the pandemic officially began all the way back in March 2020. While travel has been allowed to resume, at least in part, as early as 2021, the continent’s last anti-Covid barriers only fell in October of this year. As expected, demand is already surging in anticipation of the next peak summer season.

When it comes to Scandinavia, specifically, it’s the lesser-known, secondary destinations that seem to be gaining the most traction:

Go Off Path In Scandinavia

Scandinavian Airlines (SAS) has just confirmed plans to launch new flights to cities in Denmark and Sweden from Newark Airport in New York, except this time around, it’s not a mere frequency boost on routes to Copenhagen or Stockholm. These destinations have enjoyed year-round nonstop connections to America for several years already.

Instead, in further cementing its presence in the American market, SAS is banking on alternative destinations that are not yet that popular among U.S. travelers but that are full of unexplored potential. Beginning in late April 2023, the carrier will fly three times a week to Aalborg, in Denmark, and Gothenburg, in Sweden.

Aalborg is located in the northern Jutland region in Denmark, a 4-hour drive from Copenhagen, and it’s the country’s fourth largest city with a population of 119,862. But why choose Aalborg specifically and not Aarhus, Copenhagen’s traditional competitor, or perhaps Billund, the home of LEGOLAND?

The answer lies in the city’s cultural weight. After it was first settled in 700 AD, it became a major Danish harbor in the Middle Ages and the contemporary period, owing a majority of its half-timbered, merchant-built mansions to a rich history of trade. Architecturally, Aalborg is simply stunning.

Aalborg is home to the landmark Budolfi Church, which dates back to the 1300s, the charming Aalborghus Castle, numerous museums, traditional pubs, and cobblestone streets lined with Denmark’s signature vibrant-colored houses. Visiting in May, tourists can also attend the Aalborg Carnival, one of the largest festivals in Scandinavia, with over 100,000 annual attendees.

The first New York-Aalborg flight departs on April 28, and the frequency is the following:

Departure times have not been confirmed yet.

Finally, Americans flying to Sweden from Newark will be able to pick between Stockholm, the capital, and Gothenburg, the country’s second city and an important cultural center in Southwestern Sweden. With a population of just over half a million people, it is a major seaport characterized by Dutch-style canals and lush green areas.

Some of the top-rated attractions in Gothenburg include:

The first outbound flight takes off on April 27, and information about the weekly frequency can be seen below:

Once again, SAS has not shared the time of departure. On the other hand, they have assured customers the routes will remain operational throughout the summer of 2023 as well as the summer of 2024. For the launch, the airline is deploying its A321LR aircraft, with a seating capacity of 157 (22 in Business Class, 12 in Premium Economy, and 123 in Economy).

As of now, details about fares have not been divulged either, though we can expect tickets to average between $400 and $500 one-way based on other Scandinavian routes operated by SARS from Newark. We should know more information once tickets become available on the Scandinavian Airlines’ website.

Denmark And Sweden Are Open Restriction-Free

Flying to either Denmark or Sweden, Americans are no longer subject to Covid screening before or upon arriving:

Entering the Scandinavian countries – and Europe as a whole – is as easy as it’s ever been now that Covid has ceased being a disruptive disease. Nevertheless, tourists are advised to purchase health insurance ahead of flying, as it has always been an official requirement in some European countries, even prior to the pandemic.