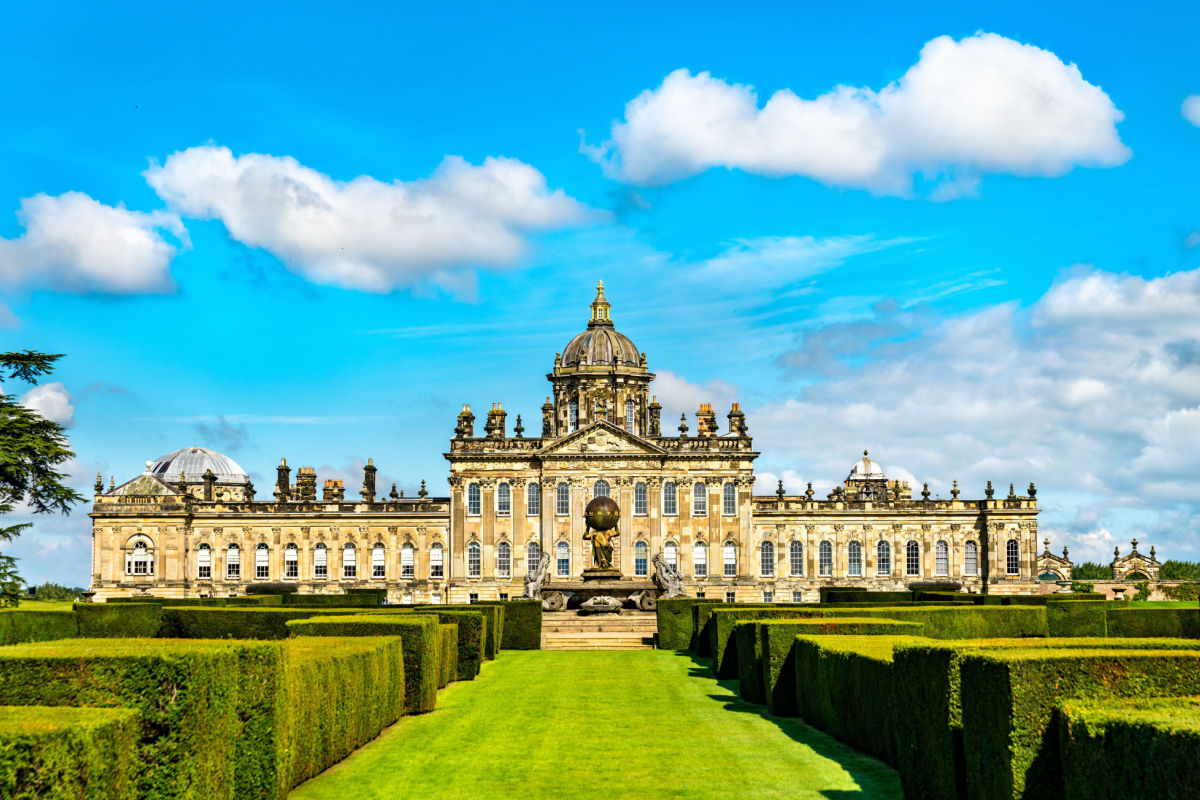 Deciding where to travel for your next trip is already overwhelming. With endless countries to choose from and guides listing hundreds of top destinations to check out, how do you narrow it down? Expedia delved into a chunk of its data on upcoming travel trends and was able to spot one global mindset in common… Travelers are turning to TV Shows to get their travel inspiration.

Dubbed the “set effect,” 39% of global travelers have booked a trip to places featured in a popular TV show or movie, while two-thirds have considered it. Advice from family and friends topped streaming services, but only by 2%.

Can you guess what shows are sending everyone traveling? We’ve chosen the most popular shows based on the trending TV destinations shared by Expedia but let us know any others you think in the comments.

It’s hard to picture any other place in the world that could mimic the fantasy world of Tolkien’s fictional Middle-Earth. The Lord of the Rings: The Rings of Power debuted on Prime Video on September 1 this year, and it’s bound to reignite the tourism curiosity that The Hobbit trilogy sparked.

Most of the filming took place in over 150 natural locations across sweeping landscapes near towns, rivers, national parks, and mountains in both the North and South islands. The most popular scenes include Tongariro National Park, which was the main setting for the land of Mordor.

You can climb Mount Doom, otherwise known as Mount Ngauruhoe, in a five to six-hour return hike. There is also a Hobbiton Movie set tour, which has been recreated in one of the original filming locations near the town of Matamata on New Zealand’s North Island.

There’s one TV show that has reinvigorated people’s love affair with the Royal Family, and that’s Netflix’s The Crown. For those preferring more of a Jane Austen-romantic vibe, Bridgerton also captivated audiences with its bright and cheery sets.

With 3000 English estates and many of these being turned into tourist attractions, visitors can either expand their historical knowledge of aristocratic families or hope to meet a modern-day Lord. Stately homes have become a popular attraction for Great Britain and are usually very grand, with elaborate architecture and stunning landscaped gardens.

Meanwhile, Harry Potter continues to bring fans to popular TV locations, even a decade on. Just recently, the National Trust Pembrokeshire in Wales came out with a statement to ask Potterheads to stop leaving items such as socks and other trinkets at the fictional grave site of Dobby at Freshwater West Beach. Fans still travel to this beach 12 years on, leaving behind items such as socks to pay tribute to Dobby becoming a “free elf,” but these items started to pose a risk to the wildlife since they can enter the marine environment.

HBO’s The White Lotus won multiple Emmys, and although you may not want to live out the same experience as the plot, you can’t help having resort envy for its filming location in Hawaii. Filmed at the Four Seasons Resort Maui at Wailea, this luxury resort isn’t for the budget-minded since rooms start at around $1,000 per night. Situated along the stunning Wailea coastline, this resort is one of five hotels within the town and features world-class oceanfront views, lavish service, and incredible amenities with three pools, a spa, and dining under the stars, minus the questionable hotel managers.

Wailea is known for its five crescent-shaped beaches, which offer excellent snorkeling and sunsets, and its luxurious resort community spans 1,500 acres of land. The town also features three pristine 18-hole golf courses, but tourism in Hawaii has come under scrutiny in recent times due to its water scarcity and imbalanced allocation of water restrictions between locals and resorts.

Paris doesn’t need a TV show or movie to inspire new visitors, but a romantic comedy television series with flawless fashion and glamorized Parisian experiences come as a free tourism campaign for the city of lights. Emily in Paris follows an upbeat Chicago marketing executive who gets transferred to a French agency, where the city plays the central character.

The show takes viewers on a tour around the city from locations with the iconic backdrop of the Eiffel Tower to cobble-stoned streets and Beaux-arts bridges like Pont Alexandre III. Special highlights include the rue des Fossés Saint-Jacques, where Emily’s apartment, her frequented bakery, and her love interest’s restaurant are all within close distance, the grounds of Jardin du Luxembourg, the legendary opera house Palais Garnier, and Paris’ oldest and most iconic restaurant, Le Grand Véfour.

New York ranks second as the most popular city for filming and also boasts Central Park as the most-filmed location in the world, which has been featured in over 500 movie credits. It’s hard to pinpoint exactly one TV show or movie that drives the most crowds, but you can’t go past the highly anticipated Sex and the City reboot, which aired back in December 2021 and continues to feature the city as a main character and Carrie Bradshaw’s best friend.

From Carrie’s apartment steps in the Upper West Side to the shopping streets of SoHo, ladies’ brunches at trendy restaurants like the East Pole restaurant, and trips to the Whitney Museum, this ten-episode series takes viewers on a tour around the city featuring the most delicious eateries, quintessential streets, and night spots. If the city wasn’t magical enough, it dazzles even further ahead of Christmas time.