When I booked a table at the intriguingly named POTUS, I was half expecting to walk through the door and be greeted by a giant inflatable Trump baby, or at the very least a “Make American Great Again” slogan.

This, of course, is because POTUS stands for “President of the Unites States”. While the term has been around for decades, it has become particularly popular in the era of Donald Trump thanks to his voracious use of the term on social media.

However there’s not a Trump reference to be found at POTUS Bar & Restaurant, which forms part of the Crowne Plaza at London’s 10 Albert Embankment.

In this case, the term pays homage to the joys of human interaction: it was first coined in the 1890s by telegraph operators in the US, and represents the beginning of mass personal communication.

The concept is old-school American glamour with a very English twist. Black and white pictures line the restaurant walls depicting various American presidents with the Queen. A cosy fire separates the restaurant from the bar area, which resembles something out of the jazz age, with its magnificent raised cocktail bar in the centre of the room. Low lighting, a glittering chandelier and black furnishings complete the look.

A piano is tucked away in the corner and diners can enjoy live music every Tuesday, Wednesday, Friday and Saturday – expect jazz, blues and even some modern tunes if the atmosphere calls for it.

Great care has been taken with the cocktail menu at POTUS. Each cocktail was created with a different American president in mind. Try the Teddy Smash “Hat Club” made with Cognac, Bourbon, homemade sugar syrup and mint, which is inspired by Teddy Roosevelt’s love of the Mojitos. Or perhaps you ‘d prefer a JFK & Mary – it is said he had many lovers in his life by only one passion: the Bloody Mary. This original take mixes rye whiskey, fresh basil, cherry tomatoes and sweet vermouth.

Needless to say, there is no Trump themed cocktail yet – perhaps fitting given he is teetotal (my suggestion for an orange themed cocktail was met with a raised eyebrow). But word on the street is that there’s a new martini based cocktail in town that will reference President Nixon and the Watergate scandal.

The restaurant was opened just over a year ago and has recently introduced a brand new menu following the appointment of new Head Chef, Chef Ruaraidh Campbell. He trained in Glasgow and was promoted to Head Chef at POTUS in May 2019, having moved to London just a few months before.

The new menu features original takes on a selection of American classics such as clam chowder and mac & cheese. Many of the dishes have a British twist: the clam chowder contains new potatoes, celery and carrot while the mac & cheese is infused with truffle oil.

The signature dish at POTUS is the fresh baked bed with smoked butter and maple syrup. It is mouth-wateringly delicious and we even asked if we could take a small jar home with us.

For our Starters we tucked into pan seared scallops with cauliflower purée, and London-NY Hot Dog, which resembled a fancy vol-au-vent with delicious blobs of house ketchup and sweet mustard. The scallops were cooked to perfection and were satisfyingly plump.

For the main course I sampled the vegan option: cauliflower steak with cashew purée and Chimichurri. The cauliflower was roasted in rapeseed pol with a bit of miso to make the colour, and then cooked with cashew butter.

It was deliciously seasoned and surprisingly filling, although I recommend ordering it with a side of baby carrots of field mushrooms to jazz it up. My dining partner was chuffed with her POTUS American style fish and chips, which came with sweet potato fries, roasted corn and gumbo dip.

Our meal was accompanied by a delicious glass (or two) of 2018 Sauvignon Blanc from the Caythorpe Wine Estate in Marlborough, New Zealand. POTUS are the only restaurant in London who offer this wine on the menu, and it’s certainly worth the £10.50 per glass.

We were too full to try and desserts, but we were told the Banoffee Bomb with banana mousse and Dulce de Lece is a real winner.

If you’re in a rush or hosting a business meeting, you can tuck into the unlimited salad bar for £18. There’s also a special lunchtime menu to compliment the salad bar featuring dishes such as grilled minute steak and Scottish fillet of salmon.

POTUS is a classy venue with a great vibe and charming staff. I really enjoyed the original take on classic American dishes, and the smoked maple butter was to die for. I’ll be back!

The nearest tube station to POTUS is Vauxhall (Victorian line) and then it’s a 9-minute walk. The restaurant is located on the ground floor of the Crowne Plaza Hotel. 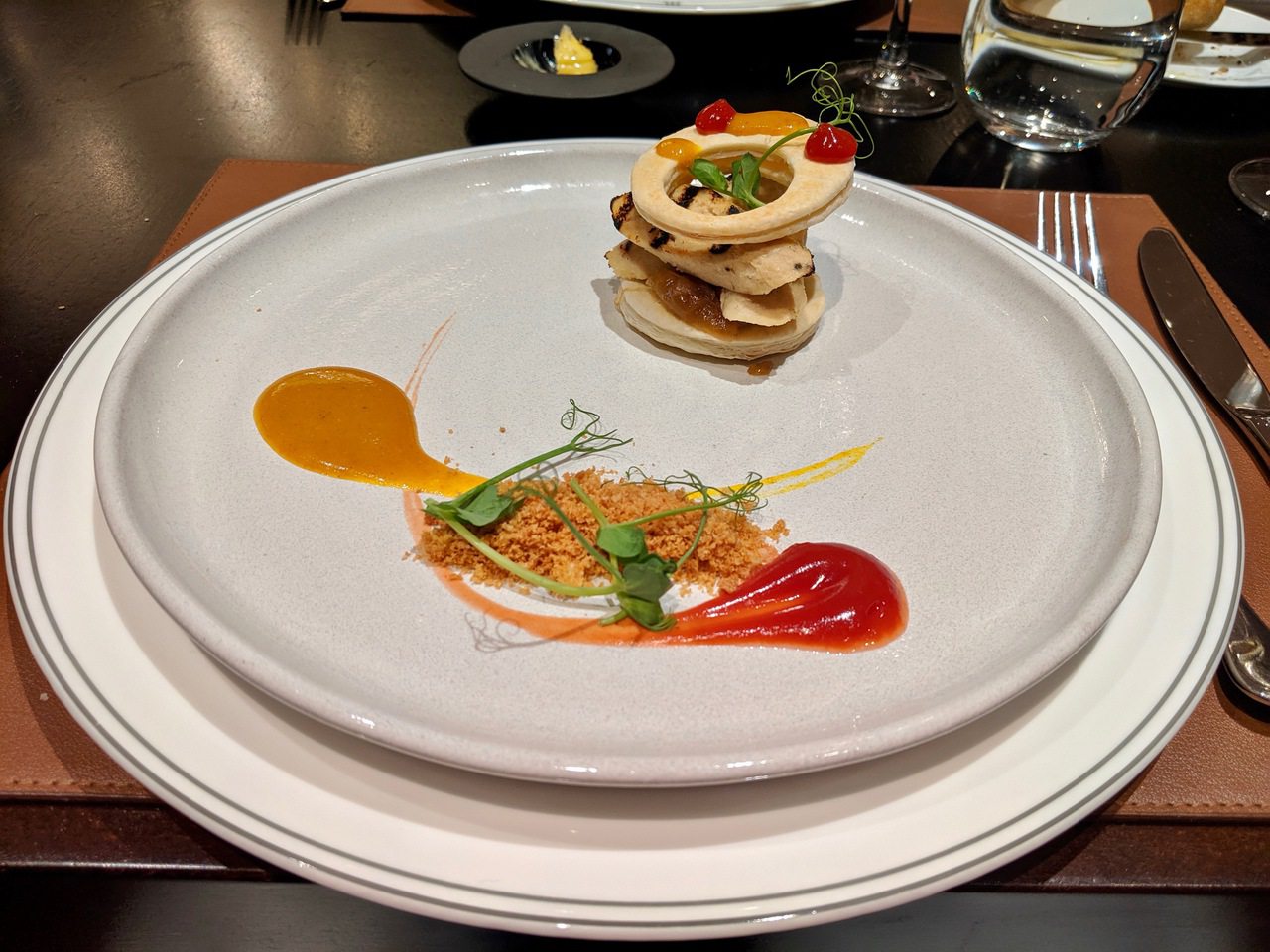