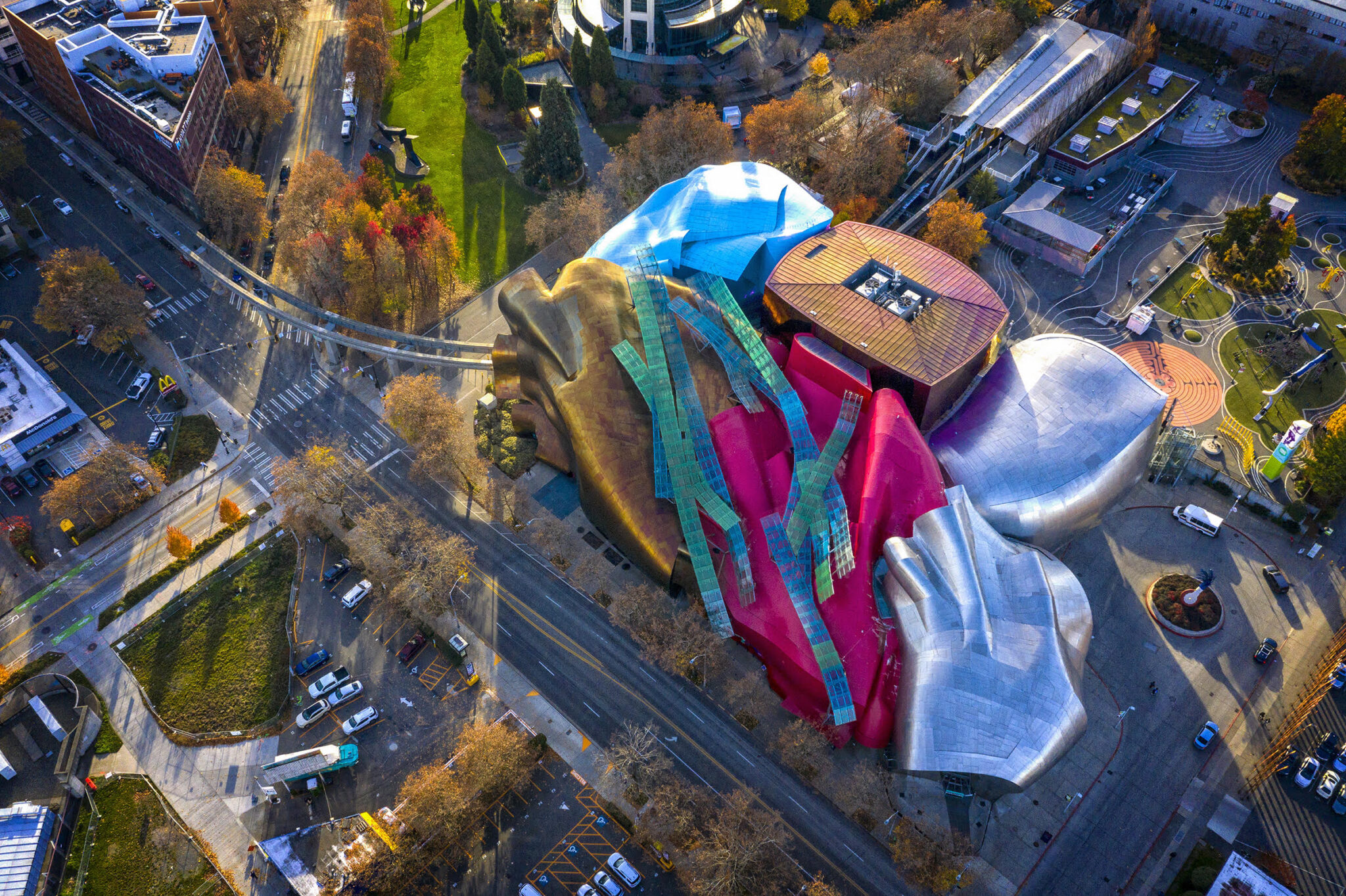 Seattle: The city of music

A new festival coming to Seattle this autumn, Cloudbreak is a true celebration of the city’s vibrant music venues. Taking place from 3-23 November, the once-in-a-lifetime festival is a joint venture between Visit Seattle and King County, inviting travellers and locals to immerse themselves in Seattle’s much-loved live music scene.

In honour of Seattle’s music scene returning in full force once again, we look at the vast music offering in the city famed for icons including Jimi Hendrix and Nirvana’s very own Kurt Cobain.

As the birthplace of Nirvana, Pearl Jam and Jimi Hendrix to name a few, Seattle’s music heritage is world-renowned. The eclectic music scene is no better appreciated than at the Museum of Pop Culture (MOPOP). Designed by Frank Gehry, the eccentric, colourful building is said to represent the energy and fluidity of music, and is best appreciated from the top of the Space Needle. Inside, there are permanent exhibitions on the aforementioned musicians, a guitar gallery displaying instruments by artists such as Slash and Dave Grohl, and a sound lab where visitors can make their own music.

In the 90’s, The Crocodile was the hot spot for every grunge band and fan up and down the country. Supporting aspiring artists such as Green Day, The Strokes, and Nirvana, these walls have seen some of the most iconic shows in music history. The 1,150 capacity venue is still an unparalleled, independent music sanctuary for artists and fans alike against the backdrop of Seattle’s music legacy. Nestled in Belltown,  it’s a must visit for every music fan.

Attracting a wide range of fans and travellers from around the world, the Jimi Hendrix statue can be found in the Capitol Hill neighbourhood. Playing homage to the late rock guitarist, music lovers can’t leave the city without taking a selfie with the bronze statue. A body of work by local artist Daryl Smith, the real name of the statue is Electric Lady Studio Guitar. A memorial where the musician’s remains are buried can also be found at Greenwood Memorial Park in Renton.

Sound Garden, which the classic rock band of the same name was influenced by, is a large outdoor art installation made from steel pipe structures. Located on the shore of Lake Washington and offering beautiful surrounding views, the sculptures create musical sounds when wind passes through them. Visitors must show ID before entering.

As part of its once in a lifetime music-driven festival, hotel guests at 70 participating Downtown Seattle hotels will gain free access to over 60 concerts across the city throughout the course of the festival. Guests can show their hotel key card along with a special Cloudbreak card on arrival at participating music venues in order to enter, until full capacity is reached.

During The Beatles’ first world tour in 1964, no hotel in Seattle would host them except for The Edgewater. Since hosting The Beatles, The Edgewater Hotel has seen numerous rock ‘n’ roll royalty come through its doors, including Led Zeppelin and The Rolling Stones. Guests can stay in one of the rock star themed suites – The Pearl Jam Suite is a popular request featuring grunge décor, a guitar, amplifier and record player.