The UK Daily Telegraph has listed the Madaraka Express passenger train that connects the touristic Port City of Mombasa to the Capital City Nairobi as one of the 13 most remarkable rail tours for 2019.

Madaraka Express operates four daily passenger trains with two running in the opposite directions in the morning and two others in the late afternoon.

In its article in the travel section, Madaraka Express is cited as one of the spectacular rail journeys alongside Swedens Inladsbasnan that traverses what is described as the continent’s last wilderness of untouched forests and lakes out there.

The article further says that the new Standard Gauge Railway provides the link between the coast and Amboseli and Tsavo West national parks for 3½ days of game drives.

”The Maasai-inspired Amboseli Serena Safari Lodge has majestic views of Kilimanjaro, and the Kilaguni Serena Safari lodge has been designed to blend into the rugged savannah and overlooks a waterhole visited daily by herds of elephant and buffalo. The four nights in the lodges are flanked by a night in Mombasa,” the article added.

”This is very exciting publicity for Madaraka Express and coming at an opportune year when there is optimism of a resurgent year in tourism arrivals after the 2018 year saw our international arrivals hit the 2 million mark, Mr Rahul Sood, Group Managing Diretor -Europe, Middle East and Africa for Sun Africa Hotels said. 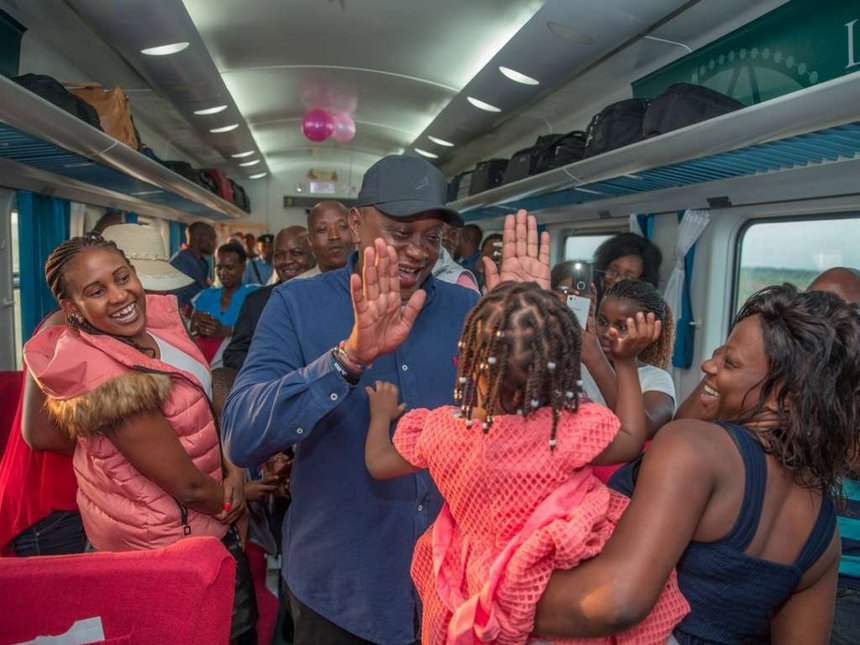 President Uhuru Kenyatta has on two occasions taken a train ride with the latest being in December 2018 when he opted to use Madaraka Express for the four-hour journey to Mombasa as he embarked on his working holiday at the Coast.

He used the same train when he officiated at its launch together with Deputy President William Ruto.

Tourism and Wildlife Cabinet Secretary, Najib Balala and a host of other senior government officials have been constant passengers on the Madaraka Express Passenger service.

Other listed train rides include Flying Scotsman from Britain, Bordeaux, Cognac and Loire operated by Eurostar and TGV across parts of France, Habsburg Trail in Central Europe,Flavours of Tuscany , Colombo to Jaffna  in Sri Lanka, the Grand Tour of Scotland, Highlights of Poland.

Others are Tangier, Morocco, Castles of Translyvania, High Speed art of Japan and Seoul to the Sea of South Korea respectively.