Why your Tanzania itinerary should include the Usambara mountains

An oasis of cool (in both senses of the word) in northeast Tanzania, the Usambaras form part of the ancient Eastern Arc chain of mountains that run in a broken crescent from the Taita Hills in Kenya to Tanzania’s Southern Highlands. They stretch 90km in length, spread up to 50km at their widest point and reach as high as 2200m.

The cool climate offers a welcome break from the hot savannahs below, with panoramas aplenty, enticing winding paths, intriguing villages and welcoming people providing a peak into traditional rural life.

Believed to be at least 100 million years old, the Usambara Mountains are home to a vast assortment of plants and wildlife; while signs of human habitation date back some 1.5 million years.

Why you should visit
“While most tourists will venture along the same path – going from one national park to another – a detour up to the Usambara Mountains offers a real sense of rural Tanzania,” says Runar Larsen, a photojournalist with Norway’s Reislyst magazine.

“As it is somewhat off the regular trail, life up here is, in many ways, unaffected by modern times. The combination of natural beauty and a sense of getting away from [first-world] comforts is quite exciting.”

Relatively untroubled by tourism, the Usambaras provide a sense of seclusion. Often, you will find yourself the only one walking the mountain paths and, at times, it feels like you are in a different country – the contrast to the plains being so pronounced.

In addition, there are bustling markets, traditional healers, caves, forests, a plethora of birdlife and unbelievable hikes to enjoy. Or you can just while away the hours on your verandah taking in the view.

“The Usambaras, for me, are like a magical kingdom in the clouds,” says Johannes Soeder, co-founder of self-drive operator Tanzania Unravelled. “Besides the stunning and often dramatic scenery, you can find pristine rainforest on the lower slopes, with an incredible variety of endemic plant and animal species.

“That, combined with ancient caves and charming villages with some of the most friendly and genuinely hospitable people I have met in Tanzania, makes it a paradise for slow travel. If you like landscapes, being active and interacting with authentic people, the Usambaras are one of Tanzania’s few hidden gems.”

What to do
Hiking, biking, birding, culture and relaxing are the order of the day(s) up here.

Walking, naturally, is the number one pursuit. There are a variety of hikes around the area, ranging from one hour to eight days in length.

Mambo Footprints and Caves: these prehistoric sites are located close to each other. It is thought that the early humans who made the footprints also occupied these natural caves.

Shagayu Natural Forest: day walks and overnight trails can be arranged into this ancient forest, which covers around 100 sq km. Known as a “botanist’s heaven”, it is home to a wide variety of endemic species.

Viewpoints and cliff-edge walks: there are several options that afford glorious vistas over the Maasai plains.

Trekking: one of the most popular routes is a three-to-four-day, 55km hike from Lushoto to Mtae, walking up wooded mountainsides, then down through rainforest and numerous tiny villages.

Soni waterfall: these beautiful falls are well worth a day hike, or a bus ride, to visit.

Lushoto: with several colonial buildings and a bustling market, the area’s main town is the gateway to all things Usambara.

Village visits: meet the locals, experience the markets, enjoy the humour of the schoolchildren and visit a traditional healer.

Its history
Estimated to be more than 100 million years old, with human habitation first occurring 1.5 million years ago, the area is steeped in history.

It is not known which people first settled here, only that the ancestors of the Shambaa people arrived hundreds of years ago. In the mid-18th century, it was home to a kingdom of around 60,000.

The latter half of the 19th century saw many wars between neighbouring tribes, which ended with German colonisation in the 1880s; the Germans establishing Lushoto (known then as Wilhelmsthal).

The vantange point of Mtae was, according to legend, where Shambaa watchmen kept a lookout for invading Maasai warriors. The guards would count the number of Maasai approaching across the plains, warning the village how many were on their way. Hence the name Mtae, the local word for ‘counting’.

Landscape
The Usambaras are divided into two ranges (West and East) separated by a 4km-wide valley. Mountain paths take you through forests, woodland, villages, farmland and up onto the cliffs, affording spectacular views across the plains and beyond, on a clear day to the coast and, in the other direction, Kilimanjaro.

In stark contrast to the wildlife-filled plains of Tanzania’s national parks, this is a lush and green area. Its natural submontane forest supports a wide variety of flora and fauna (some 2000 species), much of which is endemic.

The Saintpaulia, or African violet as it is commonly known, for example, originates from northeast Tanzania and the East Usambaras is one of the few places where it still occurs.

Wildlife
The area is the proverbial birders’ paradise, with more than 500 species spotted around Mambo alone, including rare and endemic breeds such as the Usambara weaver and the Usambara eagle-owl. Some experts believe it is one of Africa’s best birdwatching locations.

As well as birds, numerous varieties of reptiles, frogs, butterflies and monkeys can be found in the forests.

The more remote East Usambaras are home to the Amani Nature Reserve – sometimes referred to as ‘the Galapagos of Africa’ due to its biodiversity, which features thousands of plant species, birds and other wildlife.

If you still require a Big 5 fix, Mkomazi National Park is just a 1.5-hour drive away.

Community projects
With an ethos of “trade, not aid”, social entrepreneurs Marion Neidt and Herman Erdtsieck, who own MamboViewPoint EcoLodge, have set about creating an infrastructure of sustainable development in this fragile environment.

They are involved in a number of community projects in and around Mambo, encompassing education, healthcare, infrastructure, entrepreneurship and the lodge itself. More than 100 local people receive an income due to the lodge alone.

The Dutch couple are very much committed to the area. Neidt explains: “Projects work better if you are here and can sort problems rather than people coming in, setting up and then going home – [those projects tend to] collapse.”

By visiting the Usambaras, “you have an unique opportunity to learn about the local culture and the challenges of sustainable development”, says Erdtsieck. “In our view ‘eco’ not only includes respect for nature but [also] an intensive involvement with the wellbeing of the local community.”

When to go
The climate here differs from much of the rest of Tanzania. While you can visit year-round, rain can fall at any time and, because of the altitude, it is naturally cooler than the rest of the country.

During the long rains – March to May – paths can become too muddy for trekking. The best time to visit is June to November, after the rains and when the air is clearest.

Getting there
Lushoto can be reached by a slow bus ride of indeterminable duration from Dar es Salaam (250km) or Arusha (170km). A taxi can then take you to your ultimate destination.

By far the best option, though, is to self-drive. Roads to Lushoto are tarmacked, but after that are unpaved. A 4WD is advisable, as rain can leave the dirt roads somewhat swampy.

Accommodation
There are numerous hotels and guesthouses in Lushoto. The oldest and most characteristic is the Lawns Hotel, just 10 minutes walk from the town centre.

Irente View Cliff Lodge, 6km outside Lushoto, is perched on a cliff edge overlooking the plains. From here it’s a short hike to Irente Farm and Viewpoint.

MamboViewPoint EcoLodge, at 1900m high and 65km from Lushoto, is an ideal base for exploring the mountains. It offers “breathtaking views and comfortable lodging, as well as great walking and a chance to connect with the local Mambo people”.

For a more intimate setting, try a homestay, such as the Mtae or Tema homestays, where you stay in a private apartment or house hosted by a local family.

For more about the Usambaras and Phil’s self-drive adventure in Tanzania, see Travel Africa, issue 87 (July-September 2019). 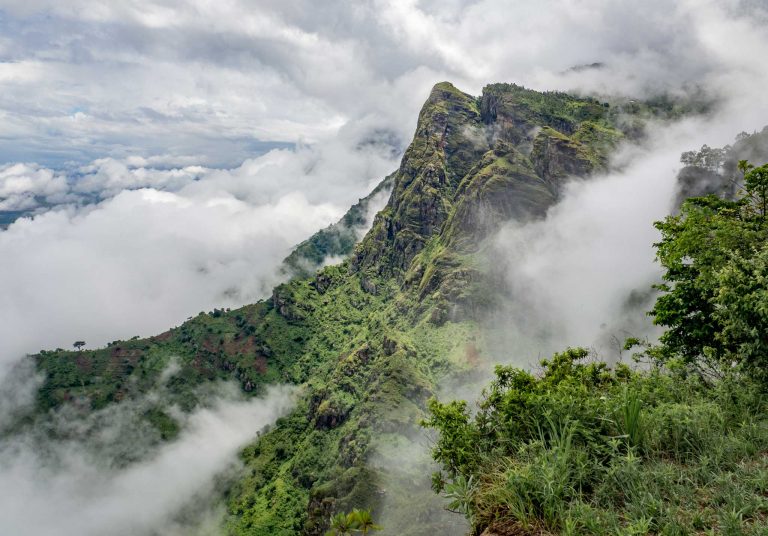 352 airports are named after high flying people. Only 16 woman are included. Who are they?

Top Things to do in Tamarindo