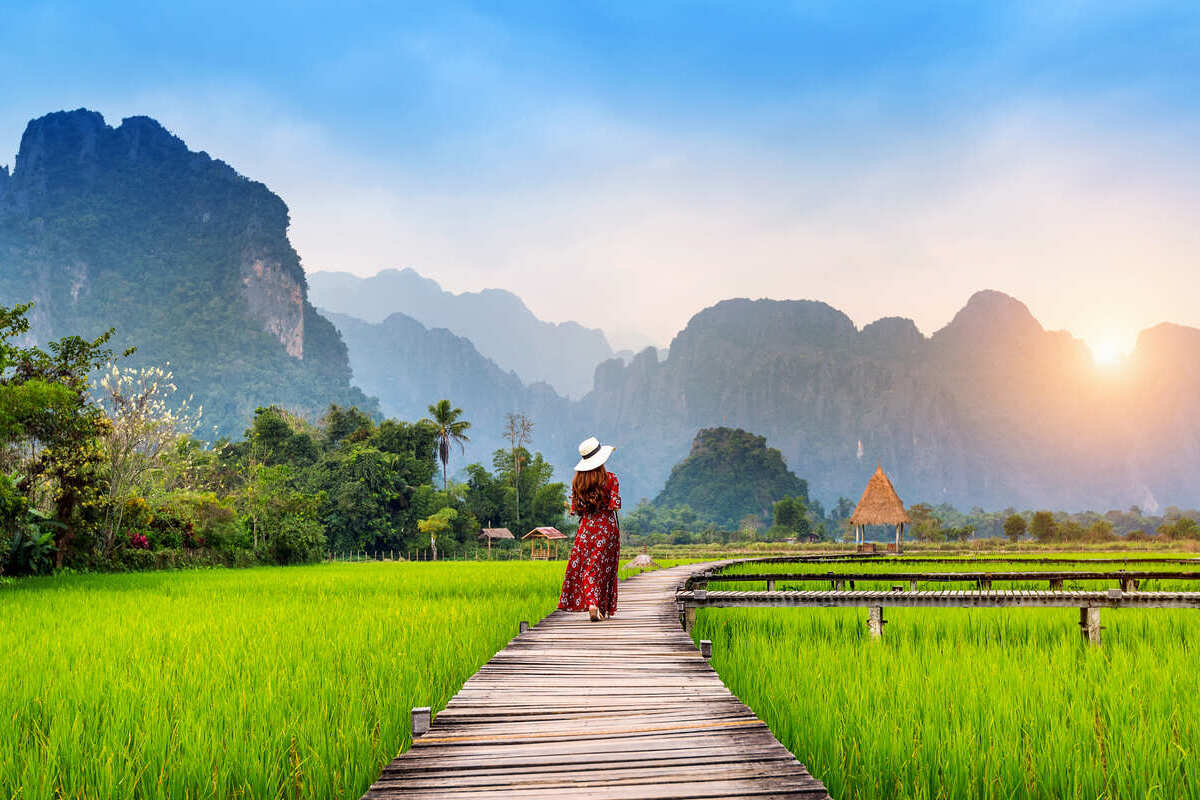 Another Southeast Asian destination has lifted all Covid requirements returning to normal ahead of 2023. With immediate effect, Americans are no longer be subject to strict health controls traveling to Laos which is one of the most beautiful, and awe-inspiring countries in the sub-continent.

After sealing itself off from the rest of the world for most of the pandemic, Southeast Asia began to timidly reopen for tourism earlier this year as Covid cases dwindled. Fast forward a few months, and foreigners are welcome across a majority of states without restrictions or any border formalities, making it one of the easiest regions in the world to travel.

Luckily for the unvaccinated, the reopening trend is showing no signs of slowing down, even after the latest viral surge arising from China:

2 years and 9 months after the World Health Organization issued a historical declaration confirming Covid as a pandemic, prompting numerous countries across the globe to shut down in response and clamp down on leisure travel, the small and gorgeous, but often overlooked nation of Laos is finally ready to reinstate normality.

Similarly to its closest neighbors, namely Cambodia, Thailand and Vietnam, the only landlocked country in Southeast Asia decided to fully abolish all health-related border mandates on December 28, in the lead up to the New Year – it turns out Kayak editors were right when they boldly claimed that 2023 would be a ‘comeback year‘ for Asia, after all…

Entering Laos in 2023, Americans and all other incoming passengers will no longer be required to present a vaccination card, nor undergo testing prior to departure when failing to qualify as fully immunized. Additionally, all on-arrival and post-arrival testing policies applying to the latter group have been canceled, ending months of vaccine discrimination.

Lastly, there are no quarantine requirements upon arrival to Laos, as the country has done away with all special provisions pertaining to the health crisis that had remained in force throughout 2022. Effectively, we’re witnessing a return to 2019 entry guidelines, including the reinstatement of visa-waiver agreements and visas on-arrival.

Do Americans Need A Visa To Enter Laos?

In short, yes, but the visa application process couldn’t be simpler.

American citizens can travel to Laos without requesting a visa in advance, but they must apply for one upon landing at one of the authorized points of entry, such as the Wattay International Airport. Applications are made on-site and tourist visas are normally issued for 30 days for a fee of USD $35, though they may be extended for a further 60 days upon request.

Alternatively, U.S. passport holders are eligible to apply for an e-Visa before departure through the official website, in order to avoid unnecessary queuing at the airport. Other than visa procedures and carrying a passport valid for at least six months, tourists are exempt from presenting any health declaration, or disclosing their vaccination status.

In sum, all of the below applies to international travelers arriving in Laos:

Within the country, some Covid measures are still enforced, such as social distancing and mask wearing in certain premises, though the severity of requirements may vary across the country depending on infection levels. Once in Laos, foreigners are advised to follow all rules set out by local authorities, even when travel restrictions have been lifted.

Before the reopening, only fully vaccinated travelers were allowed to enter Laos test-free. The unvaccinated were required to undergo an ATK (Antigen) test 48 hours before departure. Since December 28, however, all travelers are treated equally irrespective of immunization status, nationality, and country of departure.

Is Laos Worth Visiting?

Despite its lack of sea access and colder temperatures, Laos is a Southeast Asian gem deserving of your attention. A mountainous territory rich in nature and famous for its distinct multi-cultural character, torn between centuries-old Buddhist traditions and the legacy of French colonialism, it can be a surprising, and rather unusual, cultural destination for 2023.

Vientiane, the capital, is home to the That Luang monument, where Buddha’s breastbone is reportedly kept, French-inspired architecture and communist-era landmarks. Elsewhere in the tiny country, visitors will find grand waterfalls, river islands, elephant reserves, and a quaint, sparsely-populated countryside virtually unspoiled by mankind.

Lastly, Laos is a country packed with historical ruins and pilgrimage sites. One of the holiest is Wat Phu, a UNESCO-protected archaeological complex dating back to the 5th century and originally built as a Hindu temple. Today, it is open for tourists for a negligible fee of 50,000 LAK, or only US $2.88, and it is totally worth the two-and-a-half journey from Vientiane.

More information about tourist activities in Laos, as well as visa requirements, can be found here.