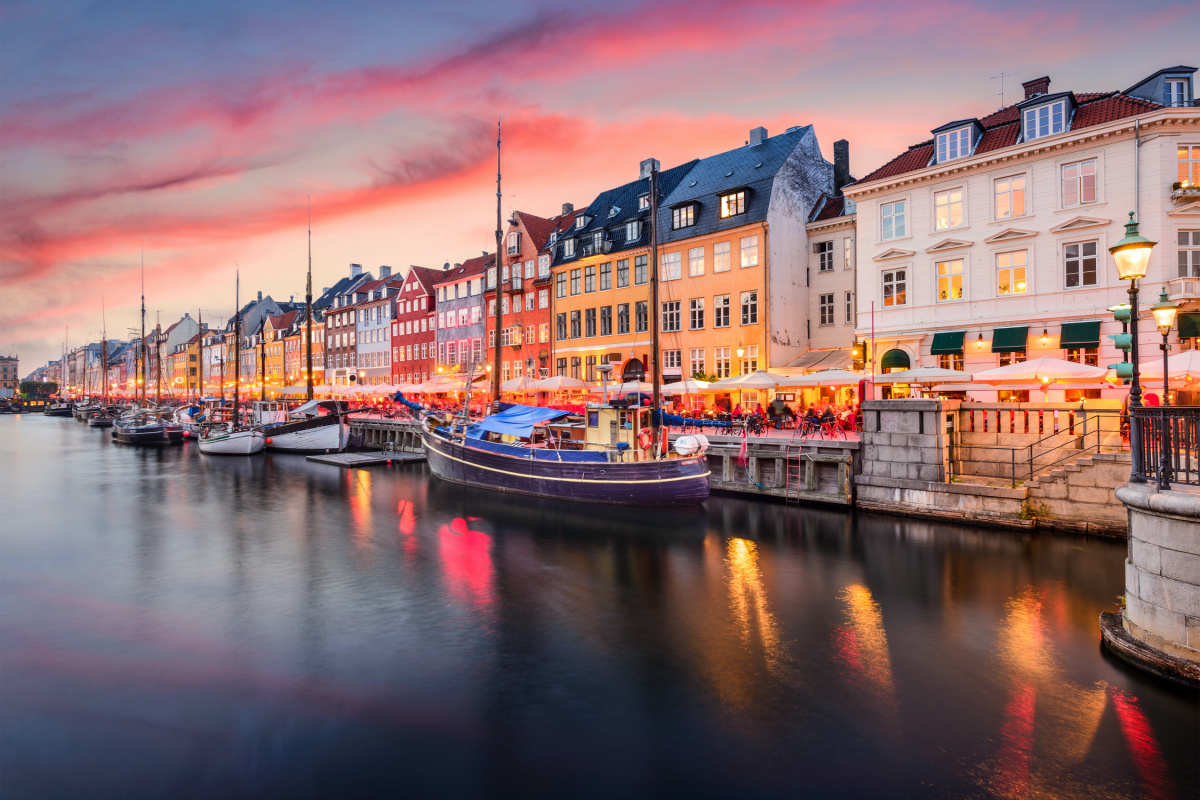 Top 5 Reasons Why Travelers Need To Visit Copenhagen This Year

Often regarded as one of the happiest countries in the world, it’s easy to see why Denmark is a long-standing favorite for travelers. While cities such as Aarhus, Aalborg, and Helsingor are going in popularity, it’s the capital city of Copenhagen that stands out for many reasons.

Copenhagen has always been a popular destination, and it’s looking like 2023 will be no exception. A recent survey named Copenhagen the safest city in the world, a fact that seems easy to believe after visiting. There is something about the laid-back, friendly nature of both the city and the residents that welcome you with a smile and a schnapps. There is a lot to be excited about in Copenhagen right now, and many reasons to visit this year.

Fun Fact: There are more bicycles than people in Copenhagen, and five times as many bikes as cars on the road!

A small capital city, Copenhagen is a great place to spend a long weekend. Most of the things to see and do can be covered in just a few days. If you have longer than a weekend, you can easily head to other cities in Denmark, or cross the nearby border and visit the Swedish city of Malmo.

From canals to Carlsberg’s, Copenhagen has something for everyone. And don’t worry, it’s not as expensive as you think!

Foodies around the world dropped their forks in shock recently when Copenhagen’s famed NOMA restaurant announced it was to close its doors at the end of 2024. It’s been rumored to be the inspiration for the recently popular TV show, The Bear, and fans of both the show and upscale dining are lining up to get their last chance to experience it.

While getting a reservation at NOMA is unlikely, you can go into the bar and have a drink at their old location, Restaurant Barr, where each cocktail comes with a dash of history. If you can’t get into NOMA, don’t worry. Copenhagen boasts an impressive 14 Michelin Star restaurants, and those foodies who are here to try the best of the best are spoiled for choice.

Copenhagen has been named UNESCO’s World Capital of Architecture, and throughout this year, the city will be celebrating with a variety of events. From exhibitions to walking tours and festivals, those with an eye for architecture won’t want to miss checking out these festivities.

One interesting activity is Open House Worldwide, an event that lets people explore buildings that are not usually open to the public. From palaces to power plants, those who want to check out the inner workings of Copenhagens architecture will love this free event.

While Copenhagen is easily reachable by train from the rest of Scandinavia, those who are further afield will have to fly. The good news is that Copenhagen is seeing a boost in airlines adding it to their 2023 routes. Low-cost airlines now connect Copenhagen to Canada and the U.S., and it remains one of the mainstays on the European budget airlines’ schedule as well.

Visit one of the oldest amusement parks in the world, right in the center of Copenhagen! Tivoli Gardens is not your typical theme park. It’s small, charming, and historical while at the same time offering exciting rides or a stroll around the stunning lakes and gardens.

You might know that Walt Disney himself visited Tivoli Gardens many times as he was planning his first Disney park, but did you also know that Hans Christen Anderson was also inspired by Tivoli? He wrote one of his famous fairytales, Nightingale, based on his visits to the park. Tivoli Gardens is expecting a record number of visitors this year, so make sure to get your tickets early.

Being a Scandinavian capital city, Copenhagen is not a budget destination, and therefore many potential tourists head elsewhere. Actually, while not cheap by any means, Copenhagen can be surprisingly affordable if you do your research.

The metro system is quite a low-cost and efficient network, connecting you to anywhere you need to go with a 24-hour pass that costs less than $20. The train station is centrally located, and you can walk everywhere, and the airport is easily reachable by metro as well.

Copenhagen is a street food lovers’ dream, with a danish hotdog stand on every corner and alleys lined with open-front stalls selling pastries and meatballs for much less than you might expect. Beer gardens and casual canal side bars and cafes cater to a younger crowd, so prices can be quite comparable to many other mid-size European cities.

There is so much to see in Copenhagen just by walking (or cycling) around that you don’t need to worry about paying entrance fees for every attraction. Walk to the little mermaid, stroll along the Famous Nyhavn Canal, and explore Freetown Christiania, all for free.

While you can stroll around on your own, there are many free walking tours to join if you prefer some guidance. Just remember, they do appreciate tips!