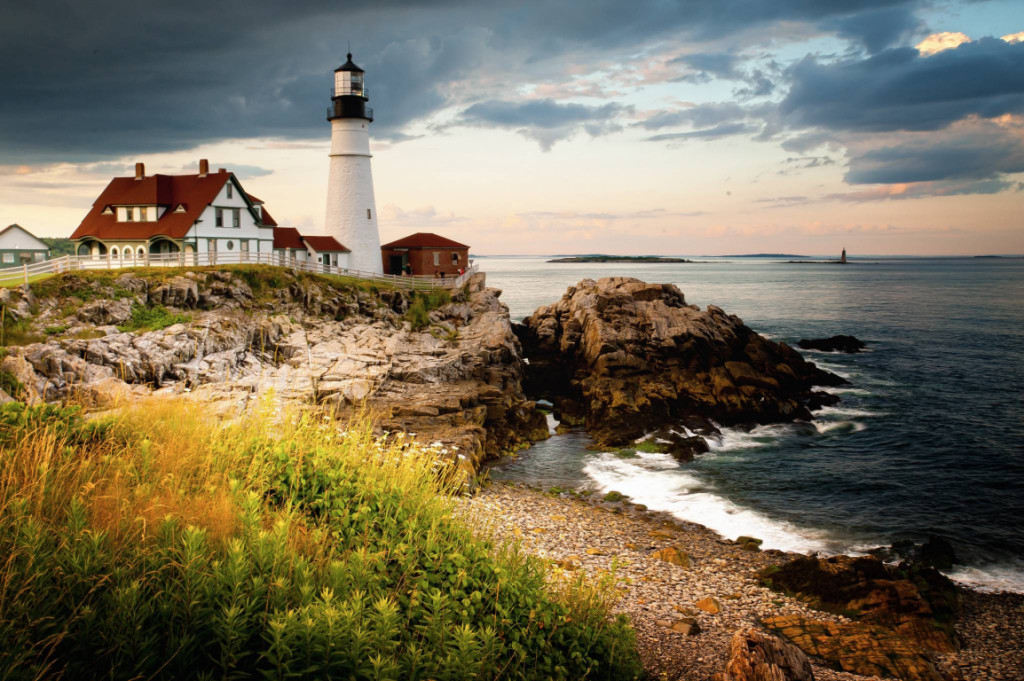 France is the most popular destination for tourists in the world, annually receiving some 82 million visitors from around the globe.

It attracts a wide variety of tourists. Some come for the art, the culture, the history of the country, or to marvel at its numerous world-famous landmarks. Others are attracted by its picturesque countryside and impressive architecture. Still, others visit France for the famed quality of its cuisine and its wine.

When you travel to France, you probably will visit Paris (because there are so many amazing things to do in Paris). You should see more!

Paris is undoubtedly an extremely picturesque city and has lots to offer to someone who wishes to explore it.

But what if you have been all around in Paris and are wondering what’s left to see now? Worry not – try a few other trips in France.

As the French countryside is steeped in natural beauty with a variety of stunning landscapes to choose from.

One can visit the small town of Chantilly or head to another town of Chartres which has a UNESCO listed cathedral. And if you do not have that much of time up your sleeves, then choose from the numerous trips you can do around Paris. Head to the ‘Vaux-le-Vicomte Château’ in Maincy or to the quaint little village of ‘Barbizon’!

Why sit back home on your weekends or whenever you some considerable downtime?

Check out this list of incredible trips in France and immerse yourself in the signature French charisma of the countryside.

Just an hour and around 20 minutes away from Paris, the town of Fontainebleau is steeped in heritage and lush history. This town proudly houses the beautiful Château Fontainebleau which is a must-see for anyone travelling to Paris. Home to numerous celebrated French rulers, this architectural masterpiece sits on a 130-acre parkland with lush gardens and surroundings. The Château has 1,500 palatial rooms, many of which can be seen on guided tours. One can see Napoleon’s Apartments and the Pope’s apartment quarters, a Renaissance room and much more. The surrounding town looks straight out of a fairytale with cobblestoned streets housing antique shops, cosy bistros, boutique shops, farmer’s market and much more. 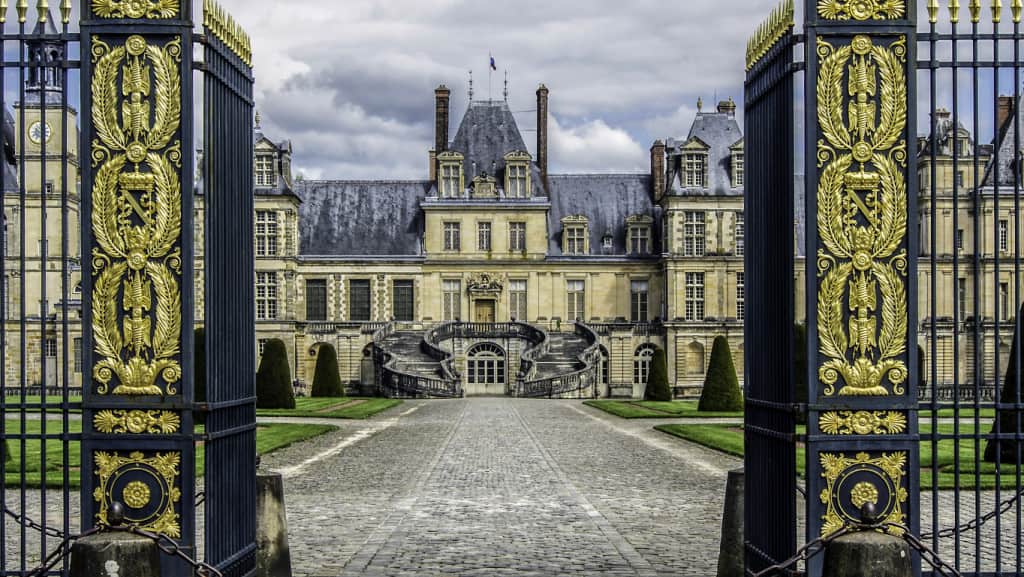 Head to the scenic city of Lille from Paris which will take you three hours. A picturesque French city that lies very close to the Belgian border. Lille offers a whole array of historical, architectural, and outdoor attractions in addition to amazing restaurants, bistros and many other entertainment avenues. Get yourself a ‘Lille Pass’ (available easily anywhere, even online) and you can go and see 28 museums and many other monuments and sights on the pass, like-the ‘Lille Fine Arts Museum’, churches and cathedrals, or the ‘City Hall Belfry’. There are really good restaurants in the city square which you shouldn’t miss at all. 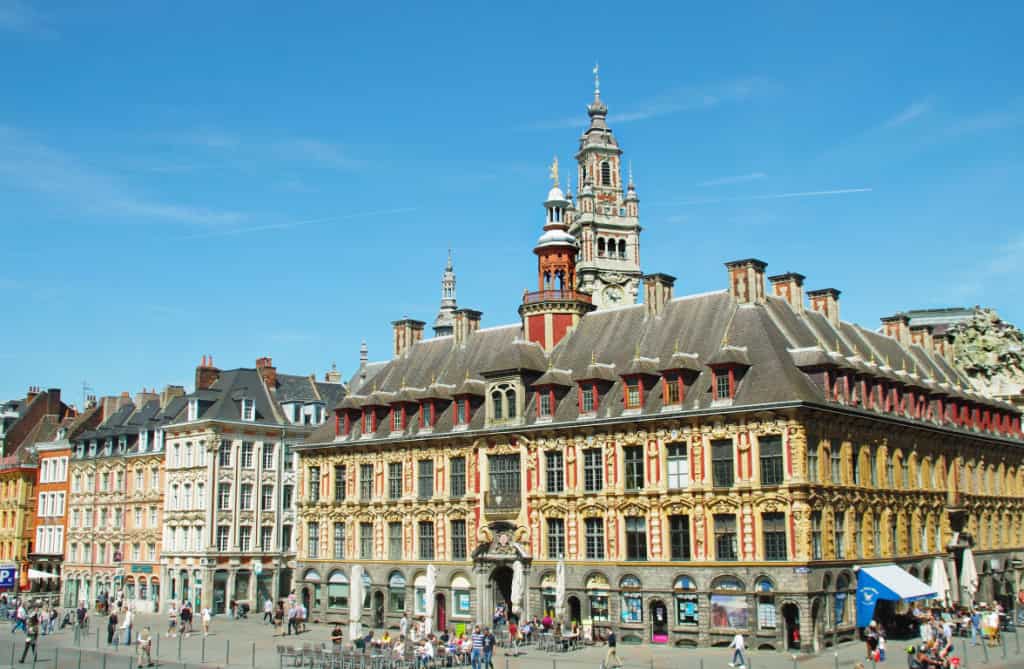 One of the most popular trips in France is to the famous Normandy Beach. This beach holds a very significant place in world history, as it is here where a large number of allied troops had landed to turn the World War II around. Thousands of soldiers were killed in combat and washed to the shores of the Normandy Beach. There’s also the Battlefield cemetery that the visitors visit to pay their homage to the lives the world had lost here to the world’s deadliest war. 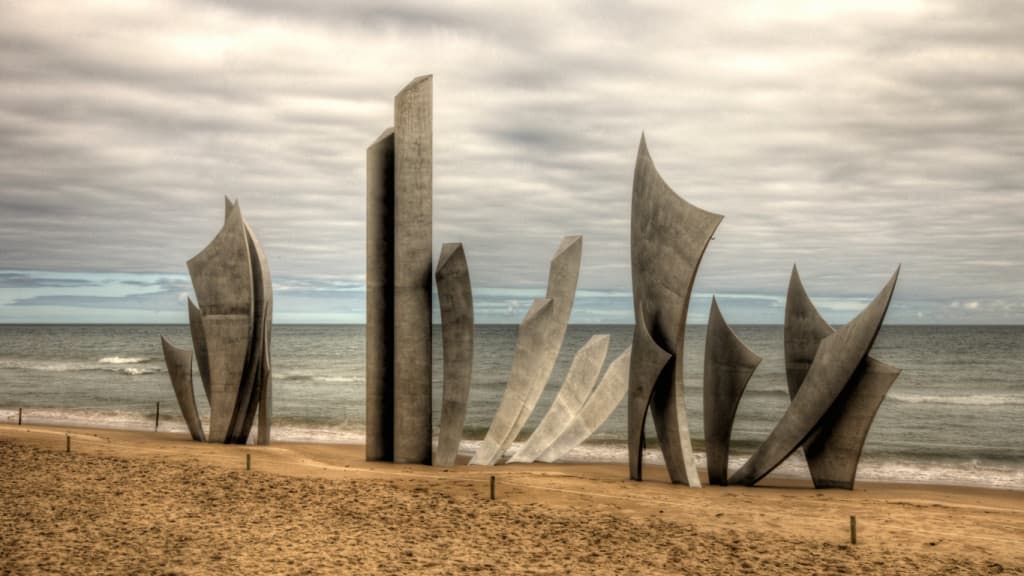 Situated in Marne-la-Vallee is the utopian Disneyland of Paris– a place that doesn’t have an age limit. It was called as the “Euro Disneyland” earlier, but the name changed over time. Palatial castles, hundreds of lively Disney characters, theme-parks, rides, restaurants, food courts, hotels and what not! This place has everything one would need to have a well-deserved break from every day’s monotony.  It is Europe’s most-visited attraction and is easily accessible from Paris. There are several tours that include transport to and entrance into Disneyland from Paris (like this one). 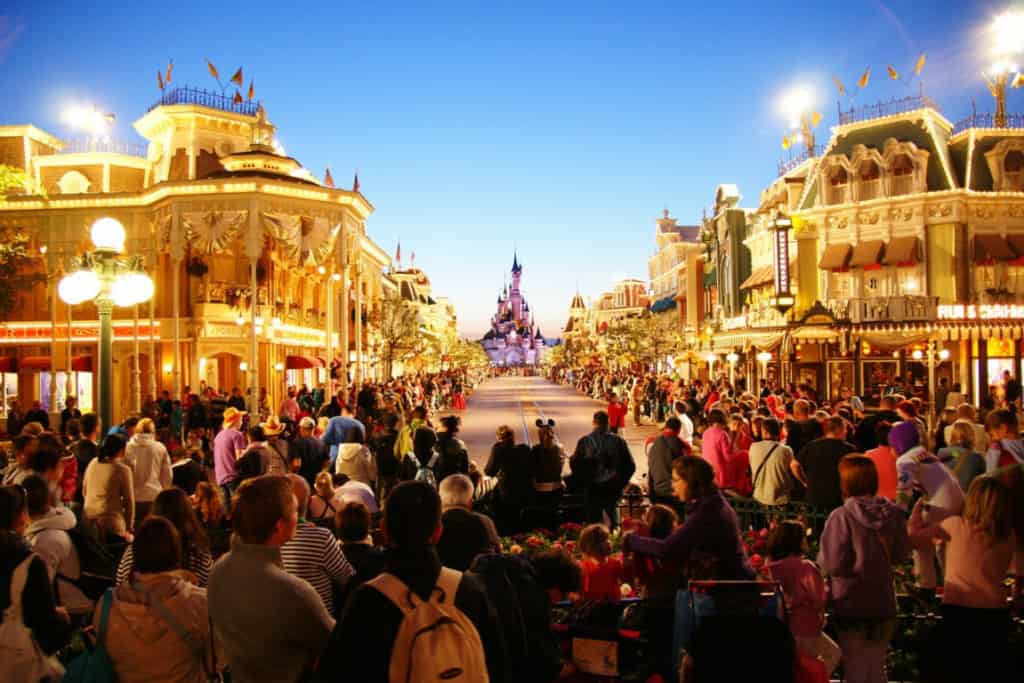 Situated off the coast of Normandy is the island of Le Mont-Saint-Michel. The entire island is a UNESCO Heritage site as this medieval-period island is truly an architectural marvel in itself. This island holds the majestic Abbey of Mont-Saint-Michel which almost seems like a carefully stacked-structure against the stunning backdrop of the azure waters. The island is connected to the mainland by a causeway. One can either drive up here from Paris or take the train to ‘Pontorson’ from where one has to hire a car to get to this place. But in all honesty, it is truly worth the hassle.

Though very much a working city, Marseille is an ideal spot for anyone wishing to soak up a little European history.

From Roman ruins to medieval buildings, and a pair of old forts that dominate the busy harbor, there is much to occupy any visitor. With your travel through time completed, you can take a walk along the harbor itself, and discover its myriad of bars, shops and waterfront cafes. 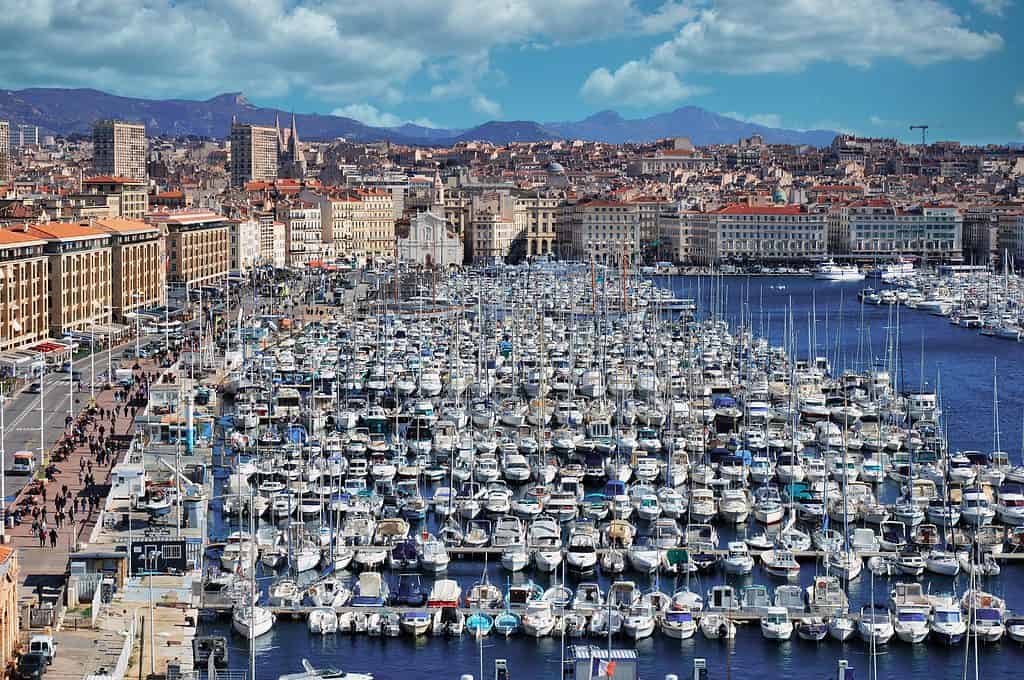 Lyon is a city steeped in history. With a continuous history of habitation stretching back to Roman times, it was awarded UNESCO World Heritage Site status in 1998. One of the great trips in France to take!

The city is home to numerous parks and plazas, including the 2200 hectare Grand Parc de Miribel-Jonage which is a popular spot for locals and tourists alike to take a stroll.

As well its historical association with architecture and the arts, Lyon is famed for its vibrant modern cultural scene. A popular destination for gourmets, the city is renowned for the quality of its cuisine, and the high standards of its bars, restaurants, and cafes. 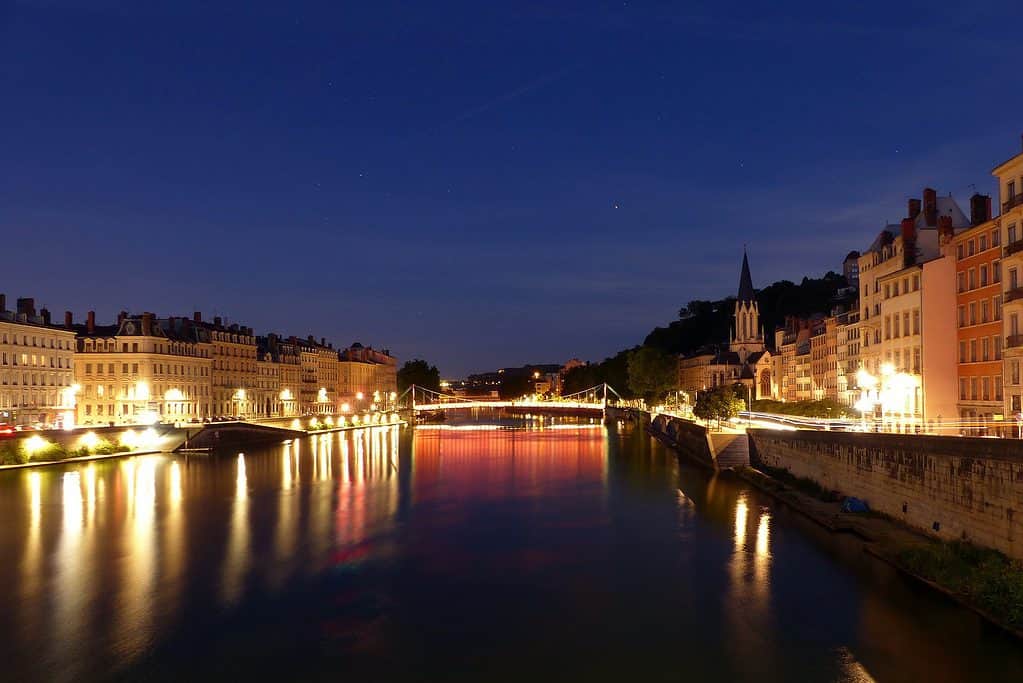 Cheap flights to Strasbourg take you right to the border between Germany and France, and the historical capital of the former Alsace region.

A unique blend of the historical and the modern, the city demonstrates its organic blending of German and French architecture in which may be found museums and galleries stood shoulder-to-shoulder with cafes, shops, and patisseries. 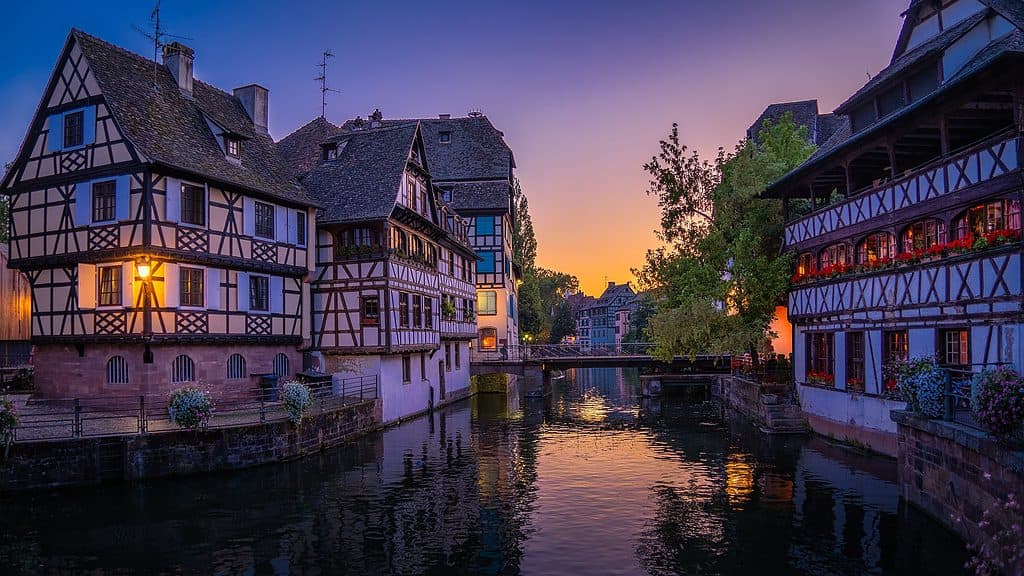 Another major city port, Bordeaux is a spectacular and bustling city, filled with attractions for the visitor. The city centre includes more than 300 historical landmarks from the famous 19th Ponte de Pierre stone bridge that spans the majestic Garonne River, to the sixth-century Basilica of Saint-Seurin, and many beautiful plazas.

Of course, Bordeaux is famous for its wine, and visits to the surrounding vineyards are a popular day-trip for many tourists, as they pass by impressive chateaux and picturesque villages en route to the wine-making region. It’s a lovely trip in France! 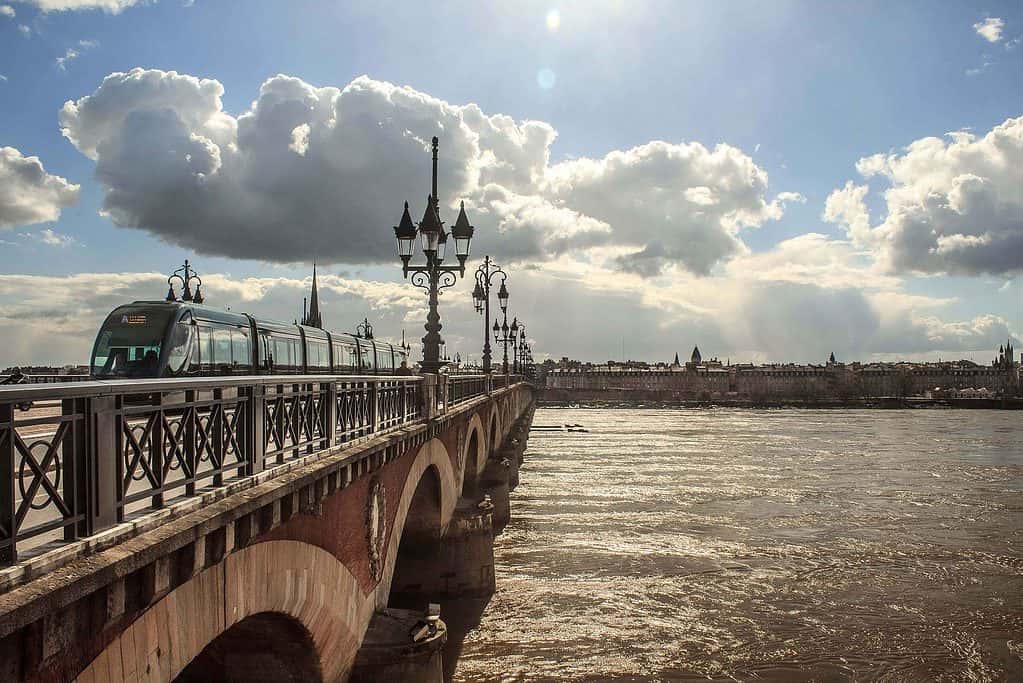