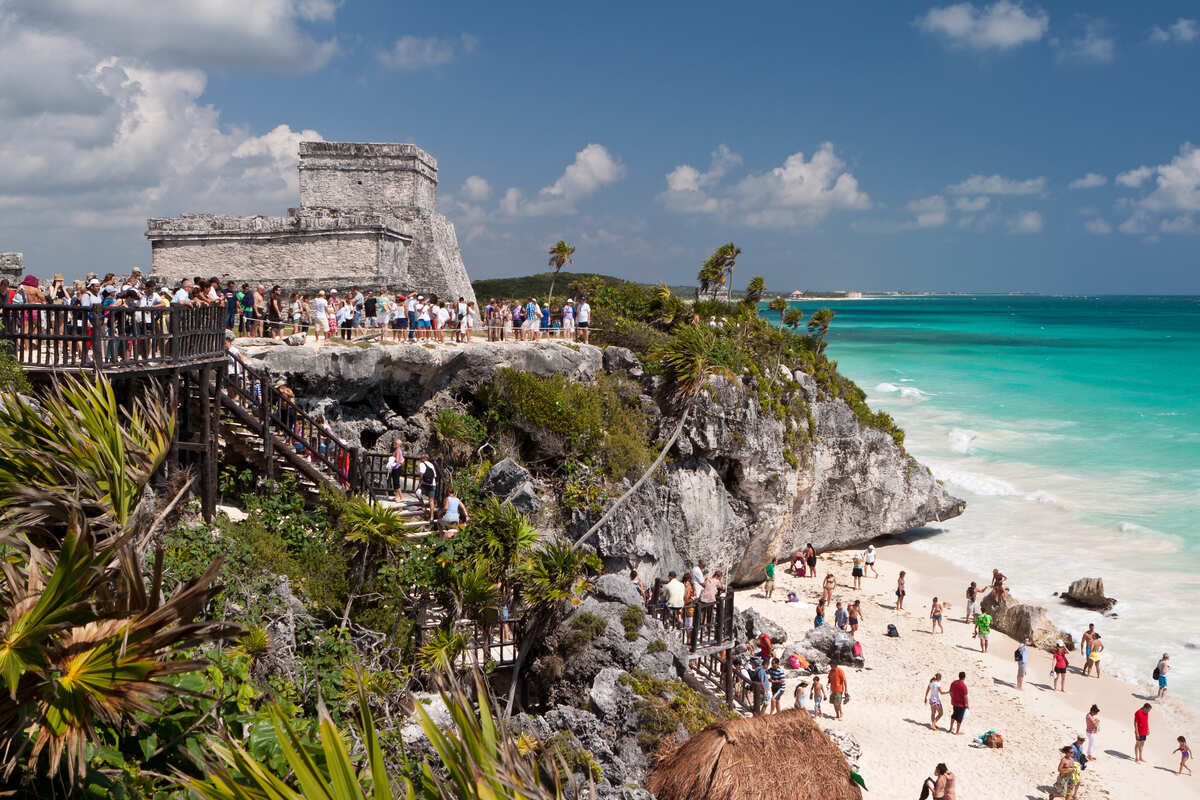 In a surprising turn of events, Tulum is losing its prestige as one of America’s favorite destinations due to ridiculously high prices. Amid reports of inflated taxi fares, already pricier than Manhattan’s, and unsustainable tourism development, vacationers have started to look for alternatives in Mexico where they’ll get the best value for money.

From a sleepy fishing village to a major international resort, Tulum has banked heavily on gentrification and the construction of ultra-luxurious resorts and tourist complexes to attract more guests during the past decade – so much so that it has lost its traditional Mayan essence in favor of a rapid internationalization (as argued by some).

There’s no denying: tourists are leaving Tulum in droves, but how did the mighty fall, and most importantly, where are they going?

After enjoying two rather successful years as well sought-after, freedom-loving sunny hotspot, Tulum’s growth has started not only to slow down but reverse as stronger competitors, both domestically and internationally, up their game. In fact, Europe’s summer comeback has hit local businesses particularly hard.

As reiterated by The Cancun Sun, the drop in demand may be partly attributed to the relaunch of Mediterranean destinations like Ibiza, Mykonos, and Cote d’Azur. Both France and Spain were two of the world’s top tourist destinations prior to Covid hitting, and they might have stolen the limelight once again following their (long-awaited) reopening.

Interestingly, the Mexican Caribbean as a whole continues to smash tourism records, being predicted to host more than 9 million guests between December 2022 and April 2023, enough to sell out rooms over winter. In this regard, the resumption of normality in other important markets has not proved detrimental to regional tourism – for the most part.

Tulum may have been a highlight in 2020, and again in 2021 during Omicron, but it’s showing signs of weakness in the post-pandemic era compared to sister destinations that have continued to lead booking trends, like Cancun. At present, a major factor contributing to its decline is the well-publicized scamming culture.

Tulum Has Become Its Own Worst Enemy

For months now, we have been tracking the cost of living in Tulum and surrounding areas and their baseless hikes affecting mostly foreigners. Since then, tourists and ex-pats alike have denounced the infamously high taxi fares, among some of the most expensive in the world, with prices starting at around US$24.35 for a 5-kilometer ride.

A Cancun Sun reporter gathered that residents themselves are refusing to pay for taxis, not only due to being outraged at the current monopoly but simply because they ‘can’t afford it’. Richard Downy of Rapid City was quoted saying, ‘prices just continue to double every year’, but the lack of alternatives leaves tourists ‘no alternative’ but to pay it.

Additionally, the quality of the services provided is decreasing sharply, with some travelers being charged up to US$1,000 per night for a ‘basic room’ with no air conditioning. The Riviera Maya is certainly no budget-friendly haven for money-savers, but it’s clear Tulum is punching way above its weight when it comes to prices.

Unlike Los Cabos and Puerto Vallarta, which have been leading Mexico’s tourism revival, or Bacalar, a Pueblo Magico repeatedly touted as the ‘next Tulum’, the Mayan town is struggling to keep its momentum, with finance magazine Dinero reporting lower demand and income losses of between 50 and 70% in recent months.

Where Are Tourists Going Instead?

Within Mexico itself, a thirst for cultural experiences and a renewed interest in wellness has shifted attention from the money-making machine that is Tulum to far less busy, off-path destinations in the Yucatan Peninsula and beyond – this includes the aforementioned Bacalar, Tulum’s most obvious successor.

Bacalar is a traditional Mayan town sitting on the shores of a turquoise-colored lake, where foreign developers are yet to push locals out of the historic district, and hotels are reasonably priced. Casa Hormiga Hotel, one of the five-star offers in the area, has rooms starting at only US $236.25 per night and an extensive list of amenities.

In 2022 alone, Bacalar has seen vacation rentals double, all the while retaining its traditionalism. Acknowledging the dangers of overtourism, local authorities reaffirmed their plan to develop Bacalar as an ‘exclusive destination’ for high-income travelers looking to escape Northern Quintana Roo’s crowds.

Aside from Bacalar, other towns in the Pueblos Magicos route have been gaining traction lately, such as the colonial-era gems of Taxco, in the state of Guerrero and Tequila in Jalisco. ‘Magical Towns’ are designated sites in Mexico celebrated for their historical relevance, symbolism, traditions, and vast tourist offer.

Tulum is no exception, being home to a landmark Mayan fort perched on a clifftop overlooking the Caribbean Sea, as well as archaeological sites and clear water cenotes, but its heyday as a trendy relaxation hub has passed. In spite of its cultural wealth and stunning nature, it made a name for itself as Quintana Roo’s party capital instead (and a place to be avoided unless your sole aim is to splurge for the sake of splurging).