The smallest and most westerly of the Canary Islands, El Hierro was once considered the end of the world but now is a UNESCO Biosphere Reserve and Geopark with crystal clear waters and over 500 extinct volcanic craters.

Being the most remote Canary Island, there’s no easy way to get here – no direct flights from the UK so you either have to change planes in Tenerife, La Palma or Gran Canaria, or brave the ferry from Tenerife. Of course, the advantage is that it caters for the more intrepid traveller and there are no high rise hotels or sprawling resorts. Rather its UNESCO Biosphere Reserve and Geopark status means that there aren’t likely to be any in the future.

EL Hierro is less than 50 km long and has the highest volcano density in the Canaries, with over 500 extinct craters, and another 300 covered with more recent lava flows. The last eruption was in 1793, although there was one under the sea as recently as 2014, but there’s nothing to worry about. The main settlements are in the mountains, rather than by the coast.

Valverde, the capital, sits in the north and is often shrouded in mist. A volcanic spine runs down the centre with the highest point, Malpaso reaching 1501m. On one side steep cliffs tumble down to the sea, while on the other are the fertile flatlands of El Golfo, with vineyards and plantations. The south and west are the volcanic Badlands with spectacular black lava flows contrasting with white flecked waves, whipped up by the strong winds.

A good road runs around the island and narrow twisting switchbacks take you over the top. Fortunately, there’s little traffic, but you do need to keep your nerve, especially as you’re often in mist. In the far south, near the port of La Restinga, is Cala de Tacoron, a beautiful swimming spot with a simple café.

The best way of exploring is on foot, although a car is essential if you’re going to reach the more remote parts. That means circular walks are the order of the day which is a pity as the GR131 runs the length of the island and has spectacular views. However, it’s possible to do this in sections and there’s an efficient local bus service.

I start with an easy circuit which follows the coast in El Golfo. Punta Grande has a tiny hotel with just four rooms and was once listed as the smallest in the world in the Guinness Book of Records.

The trail from here has been boarded so it’s easy underfoot and it offers promising views of the crashing surf, crossing lava flows, to reach La Maceta. This is no more than a car park and a café, although there are rocky pools where it’s possible to swim.

The path then turns inland, past plastic banana greenhouses, to reach the Ecomuseo de Guinea. Inside there are depictions of early life on the island and a project to conserve the native giant lizards of El Hierro. They grow up to 60cm long were almost extinct but now being reintroduced from this breeding centre. From here, a quiet road leads back overland to Las Puntas.

This takes me to the remote unpopulated western end of the island. It begins at the Ermita de Los Reyes, where, every four years, the statue of the virgin is taken out and carried the length of the island.

I follow a dirt road upwards, through pine trees, then after an avenue of cypresses, a sign points me to El Sabinal. The path now leads downwards through ancient juniper trees, bent double by the wind.

Now I follow the coast to reach Mirador de Bascas, with spectacular views of Sabinosa and El Golfo, to the east. From here, the path climbs quite steeply upwards on a walled track laid out with steps.

I can see the village of Sabinosa below but cross fields, then through more juniper and finally arrive back at Ermita de Los Reyes.

I leave the most strenuous walk to the last, knowing I’m going to need all my energy. From Tigaday in El Frontera, the path climbs steeply past fields of vines and old wine presses, crossing the road a number of times. El Golfo is laid out below me and I enter a dense patch of laurel forest or laurisilva. Still climbing, suddenly I’m out in the open, trudging over black ash to reach the crest of El Hierro at 1350m.

From here I follow the GR131 north east, a level trail along the volcanic spine of the island to the village of San Andres. The mist has descended and there’s nothing to see when I reach the Mirador de Jinima.

Still, as I zigzag down on one of the oldest tracks on the island, I’m soon into the sunshine. I pass Candelaria with its distinctive church bell tower perched on an ash cone, before getting back to El Frontera.

FLY: Many airlines flies to Gran Canaria and Tenerife South from around the world.

Other Carriers flies to El Hierro from across the globe.

WALKS: Walking on La Gomera and El Hierro by Get your guide has a list of walks. 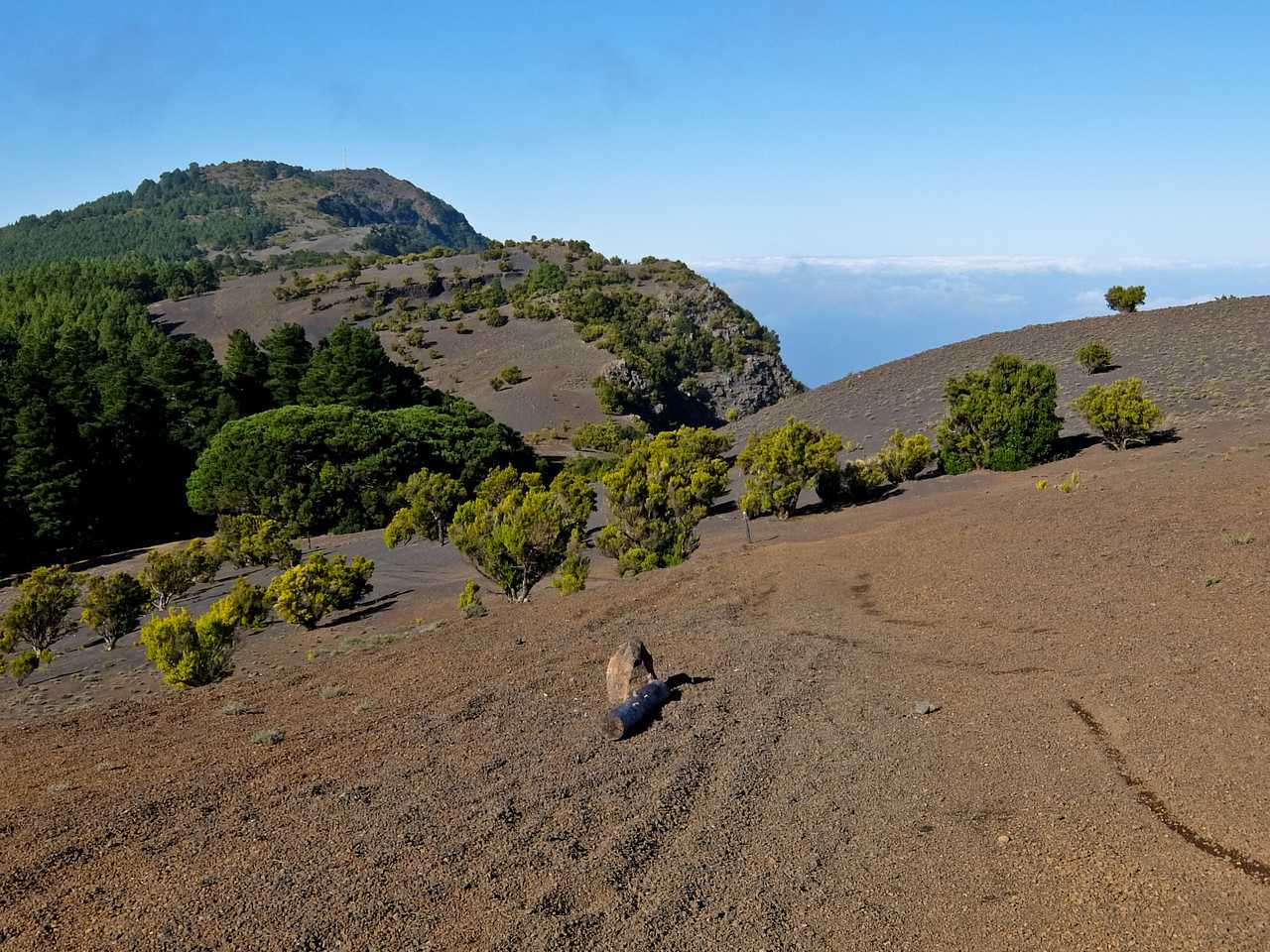 What is the safest way to book a holiday?