Having walked for hours without seeing a soul, it almost came as a surprise when we spotted a couple heading towards us from across the Rhine Valley.

“It’s so nice to see young international tourists enjoying our country!” exclaimed a local man, who, along with his wife, couldn’t contain his genuine excitement at seeing visitors exploring their homeland.

Tourists often receive a mixed reception abroad, but not here. Not in the least-visited country in Europe. Welcome to Liechtenstein.

My friends and I had just set off on the newly-created Liechtenstein Trail – a 75km walking route which runs the entire length of the country, from its northeastern border with Austria, down to the far southwest, where the valley bends into Switzerland. It was launched to celebrate the 300th anniversary of Liechtenstein’s independence and can be completed in either direction.

We chose to go from top to bottom as our return flight was from Zurich, and the Swiss city is easily reached from Sargans, near the southern end of Liechtenstein.

Our starting point was the customs office in Schaanwald – a small village sat on the Austrian border. A steep path wound its way upwards through woodland and after a few lung-busting switchbacks, the thick forest opened up to give us our first view of the Appenzell Alps – the jagged, multi-summit mountain range which was to be a constant visual companion along the trail.

Just as the path looked destined to continue rising towards the peaks, it spiralled downwards to the Rhine Valley floor, where it cut through ancient marshlands towards the municipality of Mauren. This unpredictability was to be a feature of the walk, with each day filled with tremendous variety.

After a quick coffee, the three of us continued onwards – the caffeine provided a welcome boost when the path ascended sharply. The impressive LIstory app, the official guide to the route, informed us that this stretch of the track was once a smuggling route, and with twisting, towering trees in every direction, this wasn’t hard to imagine.

We eventually emerged into the tiny hilltop settlement of Hinterschellenberg, where the ruins of the appropriately named Upper Castle, built in the year 1200, made for an excellent spot to catch our breath after the climb.

The following stage, winding down the Gantenstein Mountain, offered some of the most beautiful panoramas of the entire trip. The vibrant hillside greens gradually blended into the vast valley floor, which seemed to extend indefinitely towards the horizon.

Blessed with sunny, clear skies, we could even see the shimmering waters of Lake Constance, 30km away on the junction of Germany, Austria and Switzerland.

The steep path soon reached the valley grasslands we had seen from our vantage point. The LIstory app informed us that we were passing through the Ruggeller Riet – Liechtenstein’s largest nature reserve. As the trail skirted streams and ponds, with storks and kestrels swooping overhead, you could see why WWF International has recognised the glacial environment as an area of international importance.

We eventually reached the far eastern edge of the principality, where the River Rhine acts as a natural border between Liechtenstein and Switzerland. The path followed the river southwards, passing the town of Ruggell and onto Bendern, where we crossed into Switzerland for our night’s accommodation.

Rising early, we jumped on the first bus of the day back into Liechtenstein, where the route resumed from Nendeln. From there, we zig-zagged through dense forest and even crossed the occasional waterfall on our way up to the village of Planken, before the glorious Three Sisters mountain range came into view.

The imposing peaks stayed visible as we descended into Schaan – the most populated town in Liechtenstein. With around 6,000 residents, it’s hardly cramped, but it certainly feels busier than the rest of the principality, with lots of development work interspersed between the homely cafés and bars.

From Schaan, it was a relatively flat couple of miles to the capital Vaduz, where Liechtenstein’s most iconic landmark suddenly revealed itself. Vaduz Castle, the 12th-century fortress perched dramatically on the hillside, overlooks the city and has been the residence of the Prince of Liechtenstein since 1939. As such, the castle is closed to visitors, but it certainly makes for an impressive backdrop while enjoying lunch in one of the central squares.

Naturally, as a capital, Vaduz is more touristy than the rest of Liechtenstein, with the usual spatter of gift shops and English speakers, but there’s a definite charm and modesty that is often absent in major cities.

We followed the consistently excellent set of trail signposts up towards and past the castle before a twisting ascent led to another breathtaking viewpoint. As the path bent steeply, the ancient ruins of Schalun Castle appeared on our left, standing high on the mountainside, looking down on the valley 400 metres below. Thick forest sloped down towards Vaduz and, from this height, the capital’s diminutive size was clear.

We continued heading towards Triesenberg as the sun started to descend behind the Alps. This final section of day two was possibly my favourite of the whole trail, as the rest of the Rhine Valley was laid out in front of us, glowing gently in the fading light. For the first time, the endpoint of our walk, of Liechtenstein, was visible, with sheer mountains flanking the River Rhine as it meandered away into Switzerland.

Descent from Triesenberg down to Triesen

We were woken on our final morning by the sound of a local man feeding his herd of alpacas. The sun had yet to creep over the peaks, so the air was crisp as we began the long descent from Triesenberg down to Triesen.

From there, we marched along the old Roman road to the finish line at Balzers, where the dazzling Gutenberg Castle stands proudly over the village. The fortress provided a fitting endpoint to the trip and a fantastic spot for reflection, as we could look all the way back up the valley to the country’s northern corners, where we had set off just two days earlier.

Many will be drawn to the Liechtenstein Trail for the accolade of being able to say they’ve walked the entire length of a country. While this is undoubtedly an achievement, the real draw of the route is the chance to explore a region that hasn’t yet achieved the international attention, its history and beauty deserve.

FLY: Easyjet from London Luton to Zurich – from £41 return

STAY: Airbnbs in Sargans, Grabs and Triesenberg (average £50 a night)

Or search for a hotel or apartment on Booking.com 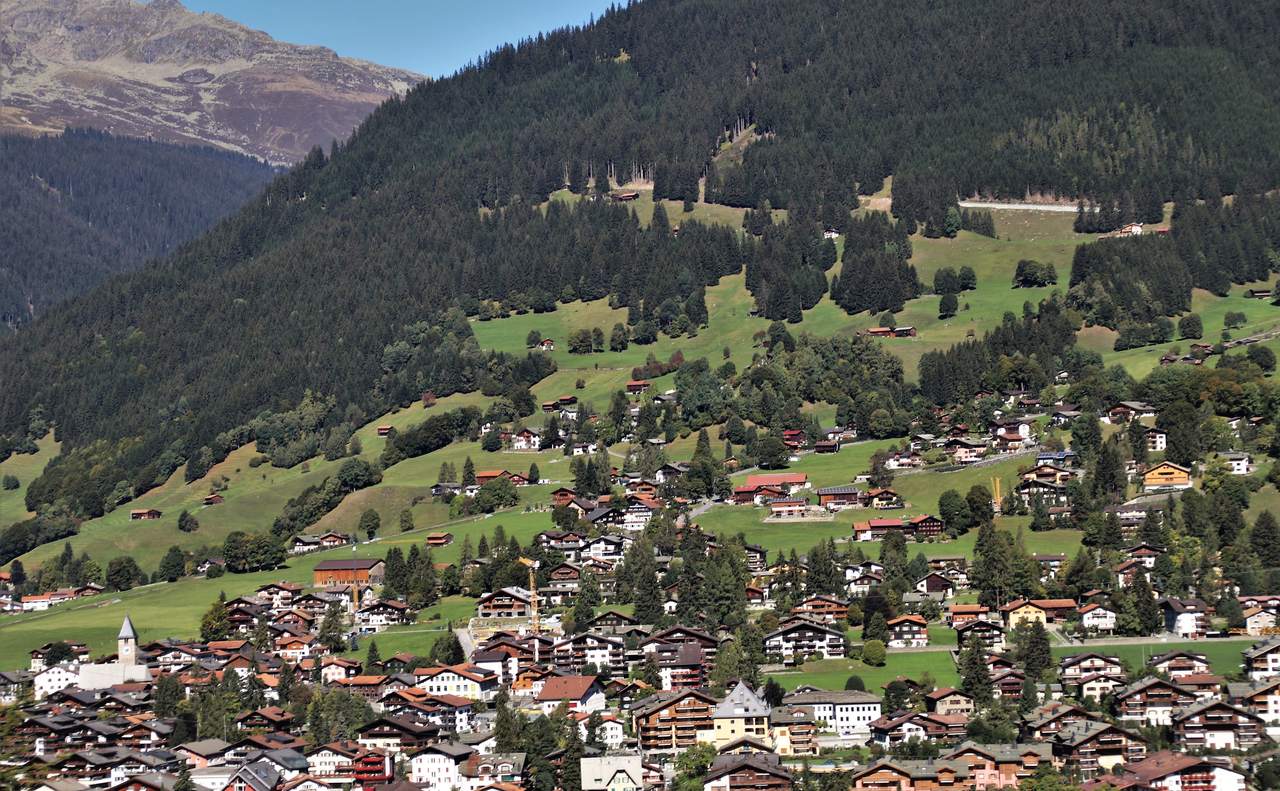 Hormuz Island: The Rainbow Island in the South of Iran

When is the best time to visit the Maldives?