From epic David Attenborough-narrated wildlife spectaculars through to hard-hitting investigative reportage, wildlife documentaries have hit the mainstream over recent years, with filmmakers going to ever-more extraordinary lengths to capture the remarkable lives of Africa’s majestic animals, and the perils they face.

There’s an overwhelming quantity of material now available online via YouTube, Apple TV, Netflix, Amazon and many other places. What follows is just a small, and inevitably partial, selection of some of our favourite documentaries for lockdown viewing.

The Elephant Queen (pictured above)
The flagship nature documentary for Apple TV+ and a stunning piece of work. Filmed over four years in Kenya’s Amboseli and Tsavo East national parks, Victoria Stone and Mark Deeble’s sweeping documentary follows fifty-year-old matriarch Athena as she leads her female herd out of drought-stricken Amboseli on a 200-mile cross-country march in search of water. A memorable portrait of elephant life, with magnificent scenery aplenty.

Read Brian Jackman’s interview with Stone and Deeble about the making of The Elephant Queen here.

Dynasties
This 2018 David Attenborough/BBC mini-series is wildlife filmmaking at its very best. Three of the series’ five episodes are set in Africa, including Lion, featuring a two-year journey in the pawprints of the Maasai Mara’s Marsh Pride; Painted Wolf, starring the wild dogs of Zimbabwe’s Mana Pools National Park; and, perhaps the best of all, Chimpanzee, following the life of David, one of the longest reigning alpha males in the jungles of Senegal.

Night on Earth
Premiered in 2020, this ground-breaking six-part Netflix series uses cutting-edge technological wizardry to unveil many of the planet’s wildlife wonders normally hidden by darkness. African footage includes leopards scouring the savannah for prey through to black rhinos at a waterhole, while there are fascinating glimpses into the life of smaller creatures including spiders, frogs, and a pair of scorpions locked in an elaborate mating ritual, illuminated in eerie ultraviolet light. Planet Earth like you’ve never seen it before.

Virunga
This gripping, Oscar-nominated Netflix documentary follows the work of four characters attempting to protect Congo’s Virunga National Park and its mountain gorillas from war, poaching and oil prospectors. Visually stunning, the documentary also offers a powerful insight into the region’s tangled politics, and the personal perils experienced by those involved in protecting the park.

Eye of the Pangolin
https://www.youtube.com/watch?v=7oFalhPrdUs
Filmmaker Johann Vermeulen and Bruce Young (the director of Blood Lions) travel through South Africa, Ghana, Gabon and the Central African Republic in this eye-opening documentary highlighting the plight of the reclusive and extraordinary pangolin. “The most trafficked mammal on earth,” the pangolin’s scales are widely used in traditional Chinese medicine, with poaching now threatening the survival of the species – issues explored in this eloquent and important film.

The Hunt
Another BBC/Attenborough mini-series collaboration, The Hunt examines the finely poised relationship between predator and prey in different habitats around the world. Africa features widely, from savannah plains to dense jungle forest and with a cast of creatures ranging from big cats and chimpanzees through to mole-rats and hotrod ants.

The Ivory Game
Another hard-hitting Netflix documentary boldly going where other filmmakers may fear to tread. Travelling from Africa to China, directors Keif Davidson, Richard Ladkani and crew spent 16 months undercover exploring the complex, multi-million-dollar international trade in illegal ivory, infiltrating global criminal networks and syndicates and highlighting the efforts of the activists, rangers and conservationists working to save Africa’s most majestic mammal.

Dereck and Beverly Joubert
http://www.wildlifefilms.co/
The website of Dereck and Beverly Joubert, celebrated filmmakers, photographers, conservationists and National Geographic Explorers-in-Residence, hosts a wide selection of the couple’s films, featuring studies of lions, leopards, elephants and rhino and including The Last Lions, the Joubert’s acclaimed study of Okavango lioness Ma di Tau and her cubs. Follow the links to rent or buy the films.

Black Bean Productions
https://blackbeanproductions.com
Black Bean’s “films for change” comprise a series of short but absorbing vignettes covering the latest wildlife issues in South Africa such as lion translocation, rhino dehorning and the celebrated all-female Black Mambas Anti-Poaching Unit. Great for dipping into if you have a few minutes to spare.

Wildlife Warriors
https://www.youtube.com/channel/UC2DDp6PW8zrCUzLY8EPW-jA
Check out the YouTube channel of popular Kenyan TV series, fronted by conservationist Paula Kahumbu. Many of the show’s episodes are now available to watch online, offering a wealth of encounters with the country’s wildlife and those who protect it, ranging from turtles and whales to zebra and wild dogs.

Brothers in Blood
https://www.facebook.com/watch/?v=1556041854697290
Pieced together using sixteen years of footage, this compelling documentary offers a rare glimpse into the dark side of lion life, following the progress of the fearsome Mapogo Lions, a six-strong male coalition who succeeded in laying claim to a vast swathe of territory in South Africa’s Sabi Sands reserve. Compulsive but brutal viewing which sometimes feels more like a spaghetti western than a conventional wildlife flick.

Blood Lions
https://bloodlions.org/
Harrowing exposé of South Africa’s notorious “canned hunting” industry, exploring the tragic fate of big cats bred for the hunting trade and featuring wide-ranging interviews and encounters with an eclectic cast of conservationists, activists, breeders and hunters. Not for the faint-hearted.

Honey Badgers: Masters of Mayhem
https://www.youtube.com/watch?v=45EbX3XPuqM
This cult YouTube hit maybe isn’t the most authentic or scientific of wildlife watches but makes for enjoyably daft viewing, exploring the weird and wonderful world of the iconic honey badger and celebrating the animal’s legendary fearlessness and bravado, as well as its uncanny, but much less widely appreciated, intelligence and cunning.

Making a Ranger
https://www.youtube.com/watch?v=E-gY5Q_R38M
Interesting short documentary offering a rare glimpse inside a Global Conservation Force bootcamp for ranger training in collaboration with the team at South Africa’s Kariega Game Reserve, showing the heroic and often dangerous work of those who protect Africa’s priceless wildlife. 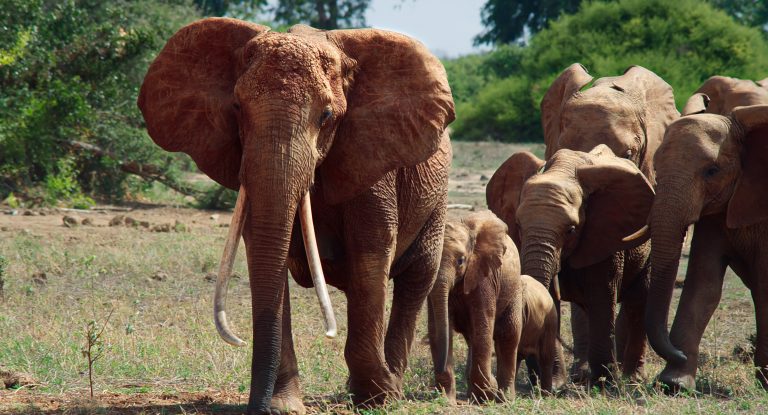