There are many reasons wildlife-lovers will want to visit Botswana… here’s just three of them.

1 Zebra migrations
Rather than simply following the herd, Botswana’s zebra populations illustrate more selective migratory behaviour, eschewing a single mass movement in favour of several distinct migrations, which together create a network of pock-marked trails crisscrossing the country. The journeys all occur after the rains, when, untethered from the need to be close to a permanent water source, the zebras move to seek the most nutritious grass.

The largest migration is from the Chobe and Linyanti rivers to Savute and, it was recently discovered, even as far south as Nxai Pan, a lung-busting 1000km round trek, which trumps the distance travelled by the more celebrated Serengeti ungulates. The second major movement is from the western Makgadikgadi to the east of the park. In addition to these, it was recently discovered that some of the Okavango zebra herds also travel to the eastern Makgadikgadi (another remarkable 590km round trip), while some of the western Makgadikgadi populations head to Nxai Pan. And, as if to confuse matters even more, some zebras just stay put in the Okavango Delta all year!

To get the best view of the herds, head to Savute, Nxai Pan or the eastern Makgadkigadi between December and April (exact timings depend on the rain). Alternatively, in the dry season, the most dramatic zebra sightings are in the western Makgadikgadi between June and October.

2 Carmine bee-eaters
One of my favourite spectacles, guaranteed to enthral even avowed non-twitchers, is a carmine bee-eater breeding colony, where thousands of crimson birds take to the air on a never-ending search for insects to sustain their ravenous chicks. Nesting sites can be in cliffs, or surprisingly (given the vulnerability) on flat open ground. Both Moremi and Linyanti regularly host the colonies, which tend to return to the same area between September and December each year.

Around January head to Savute, where you can watch the adults give their young hunting lessons, occasionally while riding on the back of Africa’s heaviest flying bird, the kori bustard.

3 Wild dogs
As Africa’s second rarest carnivore, wild dogs are on most safari connoisseurs’ wish lists, and Botswana is one of the best places to see them. Packs tend to den around June for three months until the pups are old enough to be taken hunting. Given they den in a different spot each year, finding them during this period is largely a matter of luck, but you will probably have a better chance in a private concession where there are no restrictions on where vehicles can travel and where guides may have already sussed a location. If a den is discovered, you are practically guaranteed a sighting and may even see the tiny pups begging for food from the adults.

After September, the pups are chaperoned by an adult as they struggle to keep up with the indefatigable pack during a hunt. This can be helpful for sightings since the pack needs to reconvene after a hunt and will contact each other with a sonorous horn-like call that reverberates throughout the bush. As with all predators, the tall grass that sprouts after the rains makes the dogs harder to spot after January.

Packs are located throughout Moremi, the Okavango Delta, Linyanti, Kwando, Selinda, Savute and the rest of Chobe National Park, and are occasionally even spotted as far south as Nxai pan and CKGR.

Walking wild
If you want to touch the soul of Africa, and really get a better understanding of this amazing continent, do it on foot. There is no experience that I can think of that so connects one to Africa than walking among its flora and fauna.

Walking safaris, either hours-long or day-long, are becoming more and more popular in Botswana. The guides that lead them are aware, professional, highly proficient and armed. Of course there is a frisson of fear for the initiate, but the exhilaration of the first sighting sweeps it away. One cannot smell the buffalo and hear the calling of their calves, nor watch from the land’s edge the battling hippo, nor study the suckling elephant babe without realising that, on foot, you are in another world; a pristine, untouched environment shared by few.

You are suddenly not a visitor; you are part of the environment. You are vulnerable, in a sense alone; it is humbling, even a little frightening. You will feel elevated and on a high, and will have a memory that will endure for life. You will have shared an intimacy with our mammals and seen the sights, sensed the smells and heard the sounds of the birds, insects, termites, in a way impossible from a vehicle. Do it. 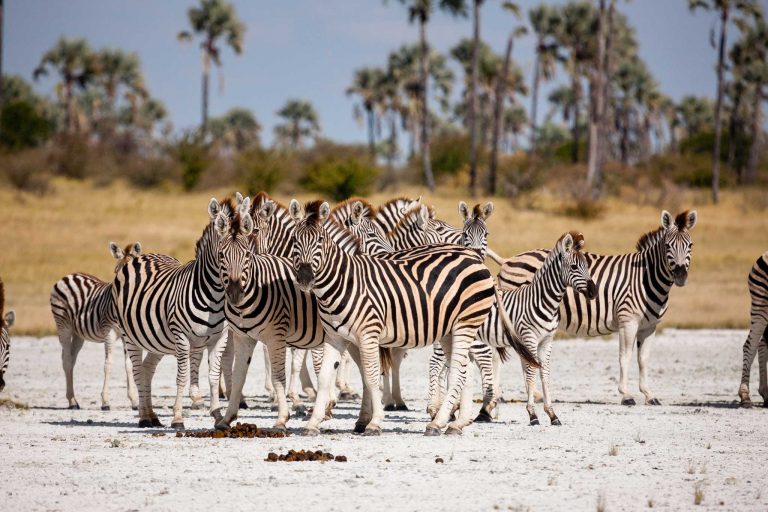 A virtual tour of Venice in all her romantic glory