A myriad of hotels is due to open throughout 2020 in the US ranging from ultra-luxurious new spa hotels in New York City to glamping retreats on the doorstep of America’s most beautiful national parks. You can find a place to relax or learn the art of winemaking under the Californian sunshine, or be on the doorstep of Dallas’ coolest music venues it’s all here.

In early 2020 Hotel Indigo will be the first-ever hotel to open in the city of Coachella, the home of the eponymous festival. The 244-room hotel, which is part of the Intercontinental Hotel Group, will take its inspiration from the desert and surrounding farmland, with casita-style guestrooms, white-washed walls, neutral throws, rattan rugs and plenty of plants. The huge 10,000-square foot pool will feature a catwalk and its own DJ stage. The hotel’s Playground will host private music performances, art exhibitions, and other events, while a spa, health club and yoga studio will add to the relaxed vibe. ihg.com

The Aman is due to be unveiled in 2020 is the new Aman New York in the historic Crown Building on the corner of Fifth Avenue and 57th Street in Manhattan. It will be home to 83 rooms and suites, plus 22 private Aman Residences on the upper floors, the first urban residences from the group. The hotel will also feature a signature Aman Spa, a 2,300 square metre spa that will occupy three storeys and feature a 20-metre indoor swimming pool, fire pits and daybeds. Finally, a subterranean Jazz Bar, Italian and Japanese restaurants and wraparound garden terrace overlooking Central Park will add to the luxurious offerings.

Mid 2020 will see the opening of the Kimpton® Pittman in the eclectic Deep Ellum district of Dallas, one of the Texan city’s coolest and most historically significant neighbourhoods. The hotel will occupy the building of the historic Knights of Pythias Temple, a building that was designed in 1916 by architect William Sidney Pittman. There’ll be 164 guest rooms, restaurants, bars, lounges, a fitness area and a pool. The design will retain the original Beaux Arts structure of the fourth-floor ballroom where celebrated blues musicians including “Blind Lemon” Jefferson, Robert Johnson and “Lead Belly” Ledbetter once performed. ihg.com

Spring 2020 will see the opening of River house at Odette’s, the first luxury lifestyle hotel to open in New Hope, a small town in eastern Pennsylvania, approximately halfway between Philadelphia and New York. The hotel’s rustic yet contemporary vibe will pay homage to its predecessor, Chez Odette’s, one of the most iconic French restaurants and cabarets of the 1970s; while a piano bar, Art Deco-inspired rooftop bar and lounge and restaurant will add to the fun. The 36 guestrooms and suites will exude vintage glamour with warm, vibrant colours, statement floral wallpaper and locally sourced art. riverhousenewhope.com

Next summer Four Seasons will open its doors in one of the world’s most exclusive wine regions. The grape-to-glass, farmhouse-chic retreat will be located just outside the town of Calistoga, the laid-back sister of Napa. An onsite fully operational and organically hand-farmed 5.6-acre vineyard and winery will be operated by award-winning winemaker Thomas Rivers Brown, with a limited collection of Cabernet Sauvignon produced on site. Guests staying in one of the 85 comfortable yet elegant rooms will have the chance to get involved in the winemaking process, along with guided tours and tastings in the vineyard. Fourseasons.com

The latest arrival in the Generator family is the Generator Washington D.C., the brand’s second U.S. location, which is due to open in February 2020. The affordable hotel will offer a stylish space to travellers, with double rooms, dorm rooms, and comfy communal areas, including bars and restaurants. The property will also feature a rooftop bar. staygenerator.com

Under Canvas – a company specialising in luxurious safari-style accommodation in America’s national parks – is set to open the Yosemite area’s first glamping accommodation in 2020. Located just a 2.5-hour drive east of the San Francisco Bay area and only 20 minutes from the entrance of Yosemite National Park, the glampground is situated on an 85-acre area of sequoia trees and meadows and will feature 90 safari-style tents and tented lounge areas. It’ll be the perfect adventurous basecamp for those keen to explore the must-see sights of Glacier Point, Half Dome, and El Capitan. Undercanvas.com

Opening in early 2020 is KEX Portland, a new hotel from the group behind the stylish Kex hotel in Reykjavik, Iceland. The ‘social hotel’, located in a historic building in the city’s vibrant Industrial Eastside neighbourhood, will accommodate 156 guests in a mixture of private and shared rooms suitable for families, friends and couples, along with business and solo travellers. The ground floor restaurant and rooftop bar will be led by Ólafur Ágústsson, food and beverage director of both the original KEX location and Dill, Iceland’s only Michelin-starred restaurant. A live-music space, guest kitchen, laundry and sauna will also feature. The original Kex has made a name for itself as one of the world’s coolest hotels loved for its friendly atmosphere and menu of comfort dishes. Kexportland.com

Nashville will be one of three new U.S. openings from Virgin Hotels next year – with Las Vegas and New York also planned for 2020. Virgin Hotels Nashville is one of the most exciting new openings in ‘Music City’ in 2020. The hotel will feature 240 rooms, multiple concept suites, fun food and beverage outlets and the brand’s signature ‘Commons Club’ – a membership-space experience for locals and travellers alike. Virginhotels.com

Mauna Lani is an Auberge Collection property opening its doors in January 2020. Located on the Kona Coast of Hawaii’s Big Island, it’s a luxurious resort set in tropical gardens with an unrivalled beachfront location. Contemporary guest rooms will have understated decor with natural fabrics and textures that embody Hawaii. The five restaurants and bars range from the laid-back surf shack to breezy cocktail terraces, while there are also three pools, a signature spa and a wealth of experiences on offer, allowing guests to immerse themselves in the island’s culture. aubergeresorts.com

Opening in August 2020 is an exciting luxury opening for the Finger Lakes region of New York State – the Lake House on Canandaigua. The family-run property will be home to 125 rooms, a world-class spa, a boat dock for guests to explore the lake and to connect guests with nearby bars, restaurants and activities. It will be an ideal retreat for travellers exploring Rochester, Syracuse or on their way to see Niagara Falls. 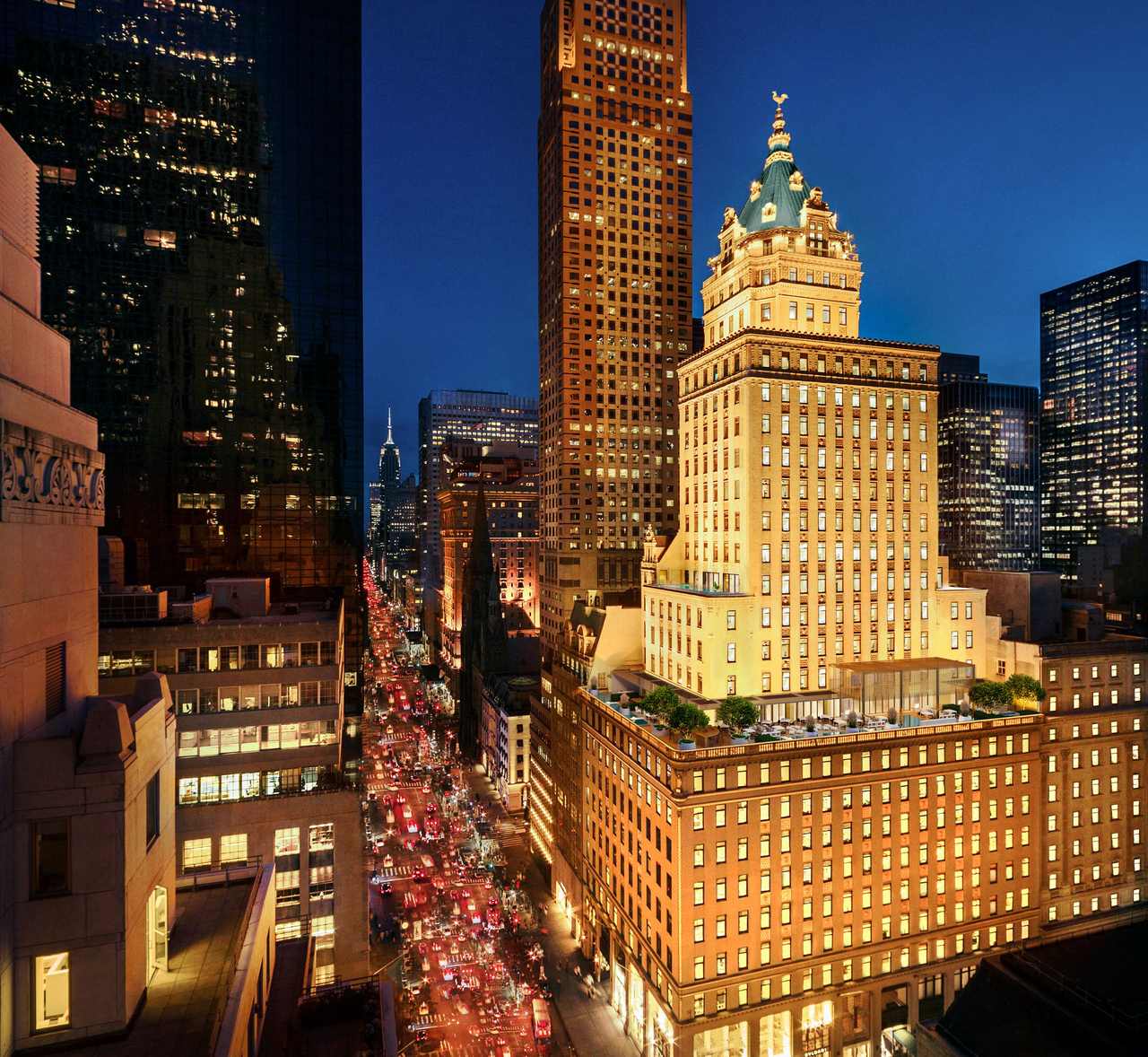 Travel bubble between the US and UK may have wings