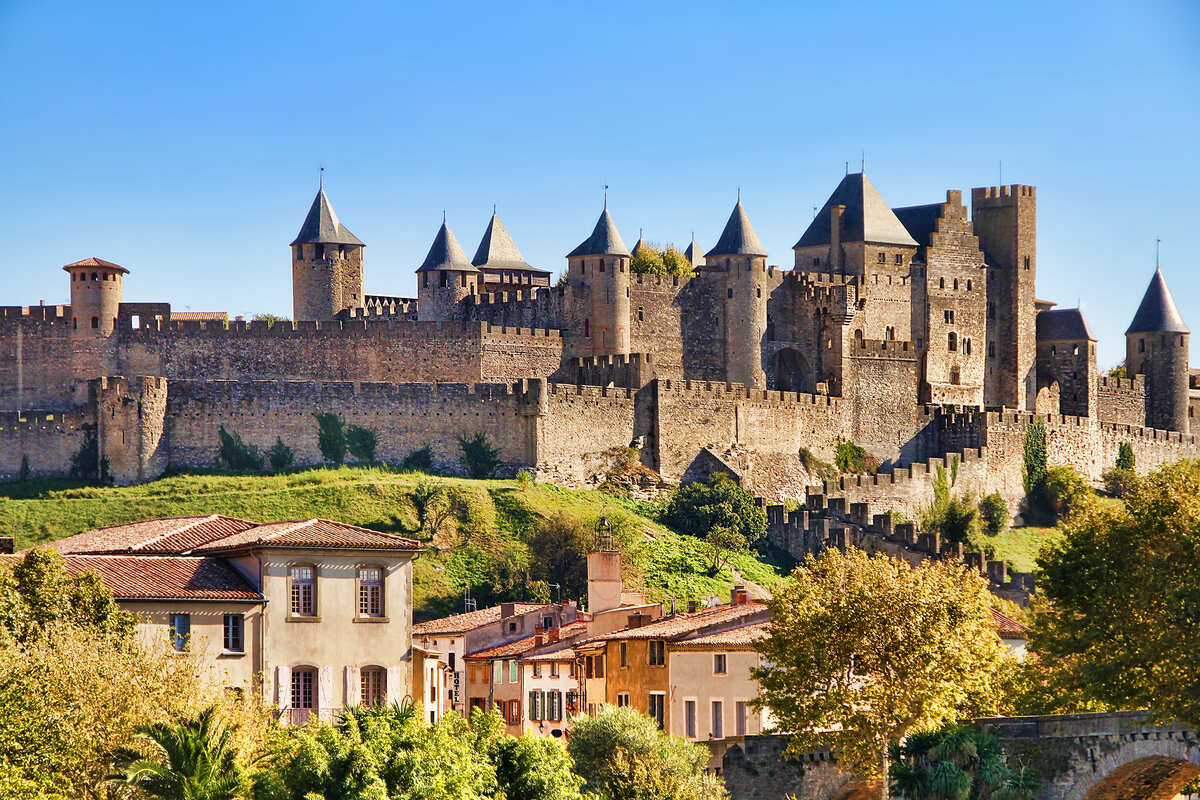 Medieval History is one of the reasons behind Europe’s popularity among Americans. Be it castles evocative of Disney movies or cobblestone-laden streets, every traveler wants to experience that Old World charm. While the entire continent is packed with landmarks, four cities in particular are known for their striking beauty, looking almost frozen in time.

Now that international travel has been reinstated, that old familiar urge to explore new destinations, supressed for three long years, is finally back, and being home to some of the world’s most iconic sights, Europe is at the front of the global tourism revival. In fact, cultural expeditions are on track to become one of the most sought-after experiences in 2023,

One could spend decades exploring the continent’s rich heritage and gorgeous Old Towns, but these four are certainly not to missed:

Perhaps Europe’s most impressive medieval citadel still in use, Carcassone is a small ville in the South of France, hidden away in the idyllic, vineyard-packed département of Aude. Looking at its breathtaking panorama from a distance, atop the rolling green hills opposite, visitors will soon understand why UNESCO claimed it as part of its World Heritage Sites:

Massive moated fortifications and a series of defensive walls and ramparts, one layer higher than the other, surround the entire city, in itself a sophisticated maze of early 14th century stone-built buildings, including centuries-old bakeries and artisan shops, inner citadels and hidden passageways leading to secret patios shielded by tall trees.

The city’s top sights include the restored Château Comtal, the Church of Saints Nazaire and Celse, embellished on the inside by a large expanse of stained glass, and Pont Vieux, a stone bridge built in the Middle Ages. As for the beautiful round towers distributed along the outer walls, good luck trying to count them: there are 53 in total, all perfectly preserved.

One Of Germany’s Last-Surviving Medieval Towns

Bearing a long and hard-to-pronounce name, Rothemburg (in its shortened form) is a Bavarian gem easily recognized for its incredibly picturesque Old Town, and 12th century walls, a rare feat for any German stadt, considering most of the country would have been flattened, or badly damaged beyond repair during both World Wars.

Rothenburg was lucky enough to be spared most of the widespread destruction which rained down on other major targets like Cologne and Berlin. That’s not to say it wasn’t hit hard, with up to 30% of the monuments in the center being a modern-day replica of much older versions. Even then, the bucholic appeal is still there, as if no conflict has taken place.

Strolling the narrow streets, tourists will find plenty of the classic half-timbered houses of Bavaria, except Rothenburg’s are easily distinguishable for being vibrant-colored and livelier, pubs and taverns serving traditional food and craft beer, and a majestic Gothic church whose slender belfry has dominated the skyline for 711 years.

The surprisingly quaint capital of Scotland, and the most liked city in all of the United Kingdom, Edinburgh has stolen the hearts of short-term guests, and proved a source of inspiration for artists, oral poets, and renowed writers for well over ten centuries now. Just make sure you pick up your jaw from the floor stepping out of Waverley Station in the heart of town.

You’ll be immediately welcomed with a panorama of the somber-looking Old Town, dotted with Gothic spires and ‘closes’ that zigzag their way up a hill before culimating in a massive stronghold – Edinburgh Castle – casting a long shadow over the Victorian-era ‘New’ Town below. ‘Auld Reekie’, as it is affectionately called by locals, is truly a sight to behold.

Other than its picture-perfect skyline, Edinburgh’s tourist offer is consolidated through state-of-the-art museums, such as the National Museum of Scotland, where a stuffed Dolly the Sheep is exhibited, alongside weaponry and pagan Highland crosses. It is also the birthplace of Harry Potter, having extensively inspired settings in the books.

The Venice Of The North

Nicknamed ‘Venice of the North’, due its city center traversed by winding canals, Bruges has enough medieval wonders to keep History buffs like you entertained for days. Sitting on the Flemish, Dutch-speaking side of Belgium’s internal borders, it is both an important trading port and one of Europe’s prettiest cities.

Taking a canal tour of Bruges, tourists will be able to tick off numerous items off their bucket list: Audrey Hepburn’s former house, the 11th century Saint John’s Hospital, and the scenic Rosary Quay. On land, some of the main point of interests include the City Hall, a tall belfry erected in the Middle Ages, and the Michelangelo-decorated Church of Our Lady Bruges.

Once they have their share of historical sights for a trip, it will be time to quench a different kind of thirst. No cultural visit to Bruges would be complete without a weekend pub crawl, seeing that it has a long-standing brewing tradition, and an extensive list of beers are named after it, with Brugge Blond, Brugge Tripel and Brugs to name a few.

If you’re heading to Europe in the near future, don’t forget to check out these other 3 winter destinations that are not only gorgeous, overlooked medieval gems, but super budget-friendly on an extent.