Roughly halfway between the booming technology hub of San Francisco and the showbiz cauldron of Los Angeles to the south, SLO CAL is fast carving out a name for itself as, not just a handy pit stop between the two cities, but a fascinating holiday destination in itself.

Journeying around parts of San Luis Obispo County, as it is more formally known, can often make you feel like you have entered a time machine back to the 1970s which is frankly part of its charm for someone like me who is an unabashed child of the 70s.

When my wife and I first started looking at places to spend five days, we were instantly drawn to the wild Pacific coastal area.

My wife, toddler son and baby daughter had never travelled to the States before and I was steadfast in finding us a family friendly area to kick back in.

We settled on the sleepy seaside village of Cambria for our rental house and it met our modest needs brilliantly as well as being in striking distance of the wonderful Fiscalini Ranch Preserve. The ranch was created by a group of locals had clubbed together to protect it from property developers.

An early evening walk as the sun started to dip allowed us to slip into a relaxed groove from the outset.

The ranch was packed full of slumbering elephant seals, curious turkey vultures and cheeky California ground squirrels that darted in and out of burrows on the edge of the cliffs.

The following morning, we took a short drive to Cayucos resort town on Estero Bay. In Cayucos, the vibe is even more laid back. The town has just 13,000 people and lovely views over Cayucos Pier and miles of sandy beaches.

In town we tried the Brown Butter Cookie Company, whose slogan is “butter makes everything better.” The place a hive of youthful activity which churns out hundreds of their nutty brown butter flavoured cookies by the hour.

Later is was the fish tacos that we enjoyed at Ruddell’s Smokehouse down by the beach. With old Garbage Pail Kid stickers from my 1980s youth adorning the top of the grill, I instantly knew this was my kind of restaurant.

The buzzing county capital San Luis Obispo awaited us on the Saturday and, after a lazy stroll amongst the merry students out celebrating their university graduation, we chanced upon the San Luis Obispo Children’s Museum.

We hadn’t planned on it, but the kids loved the vibrant mix of indoor and outdoor activities with the train theme upstairs going down a storm with our son as our daughter delighted at the pretend shop and experiments on offer.

Having hit our stride with three relaxed days, we stepped it up a notch on Sunday. At coffee shop Malibu Brew in Atascadero located opposite the Sunken Gardens park, we experienced the best coffee we had drunk Stateside to that point and was combined with delicious cream cheese bagels, muffins and tea cakes to die for.

Ten minutes later, we ambled around Charles Paddock Zoo – the red pandas and prowling tiger was of particular fascination to the inquisitive young minds in our charge.

It is no San Diego Zoo, that much was clear from the muted décor and limited animals on show, however it didn’t cost much and was right next to Atascadero Lake Park where our son could let off steam on the plush playground as we chatted to locals entranced by our British accents.

The collective highlight of our SLO CAL trip arrived next in the form of Tin City, which safely ranks in the best and most eclectic food and drink emporiums that my wife and I have enjoyed in our 10 years travelling together.

Housed in an industrial park by the historic 1,200 mile Juan Bautista de Anza National Historic Trail, the relatively new addition to the local food and drink scene was fizzing with the sound of satisfied punters across all ages.

We had lunch at the Tin Canteen with my wife opting for the moorish snapper fish and chips, while our children devoured tomato pasta and I tucked into a juicy, lamb burger and garlic fries. Even though it felt more like a hip, adult restaurant on entering – nestled as it is amongst a slew of tasting rooms spotlighting the booming local wine – the waiting staff soon put our children at ease with colouring books and crayons while our food was being cooked.

Tempted as my wife and I were next by the buzzing beer and cider places inside Tin City, our son launched himself like a torpedo towards the Negranti Creamery, where the strawberry basil ice cream proved the standout flavour once we had negotiated a lengthy line of loyal customers.

Add in whistle-stop visits to a few recommended tasting rooms and I can see why Tin City could become an ever bigger attraction once the word gets out properly to tourists.

Our final SLO CAL day saw us head down to Pismo Beach for breakfast and, when I say breakfast, I mean a huge freshly made roll from Old West Cinnamon Rolls covered in luscious frosting and bacon that could feed a family well for a week back in the UK.

We love throwback places like this, so it was an easy win to start the day especially when I could show my son how to play the retro arcade game in the corner in a nod to a good-sized portion of my misspent youth. With sugar now zipping merrily around our bloodstreams, we sauntered down to Pismo Pier which was exactly what I had pictured in my head when it came to the surfing culture I had only been privy to before via television, films and books.

Teenage boys jostled for position in the water with grizzled, middle-aged men and a few skilled women carving their way across the waves as they curled towards us and the giant columns below.

My wife and I could have stayed there quite happily for longer, but the children needed a change of scene and the nearby Dinosaur Caves Park was a cut above your average playground thanks to a cool view out to sea and an eclectic mix of fun equipment.

Our charming stay neared its end in the small historic coastal town of Arroyo Grande with lunch at Klondike Pizza and dessert at the original, quirky Doc Burnstein’s store serving more traditional ice cream flavours that somehow topped the ones that we had had the day before.

A stroll along the Swinging Bridge and trip to feed the hungry goats at the idyllic Avila Valley Barn wrapped up our family SLO CAL experience – one that we shall look back on with fondness and highly recommend to those willing to put in the miles on the road and looking for new American places to explore.

Note: The odd bargain can also be found flying into San Jose or Oakland. There are several car rental firms at the various airports, regular California bus services through Greyhound while the California Amtrak train line that runs through San Luis Obispo is very good.

There are plenty of B&Bs, hotels and motels in the SLO CAL area, particularly around the Paso Robles and Edna Valley wine regions, with RV parks, campgrounds and vacation rentals also worth investigating. For something a bit special and colourful, try the peculiar Madonna Inn just south of San Luis Obispo.

Great seafood restaurants and quality Mexican food are everywhere in SLO CAL, while the boom in the wine industry has also seen the classy wineries start to cater properly for foodies as well as the drinkers. Creekside Gardens is a friendly restaurant in the heart of Cambria with an inviting outside area, who will set you up for the day with a classic, hearty American breakfast. 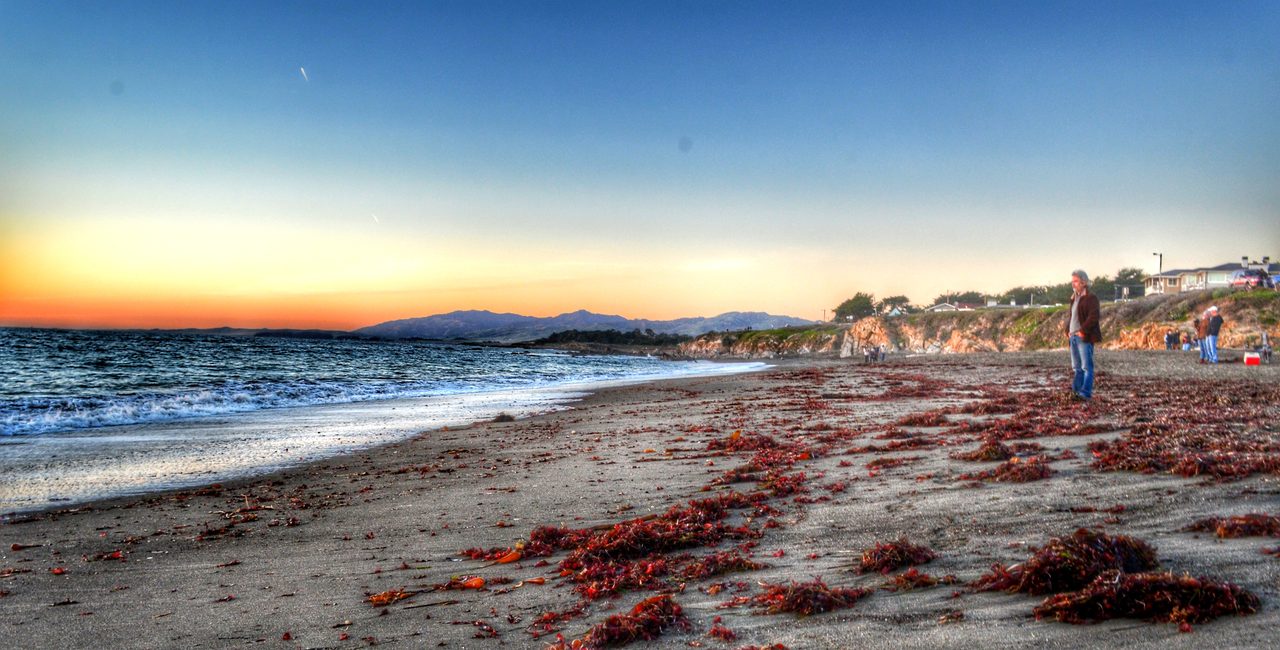 10 sensational hotel baths with a view

Exploring Catalonia on a Budget

Thoughtful gifts for the ones you love