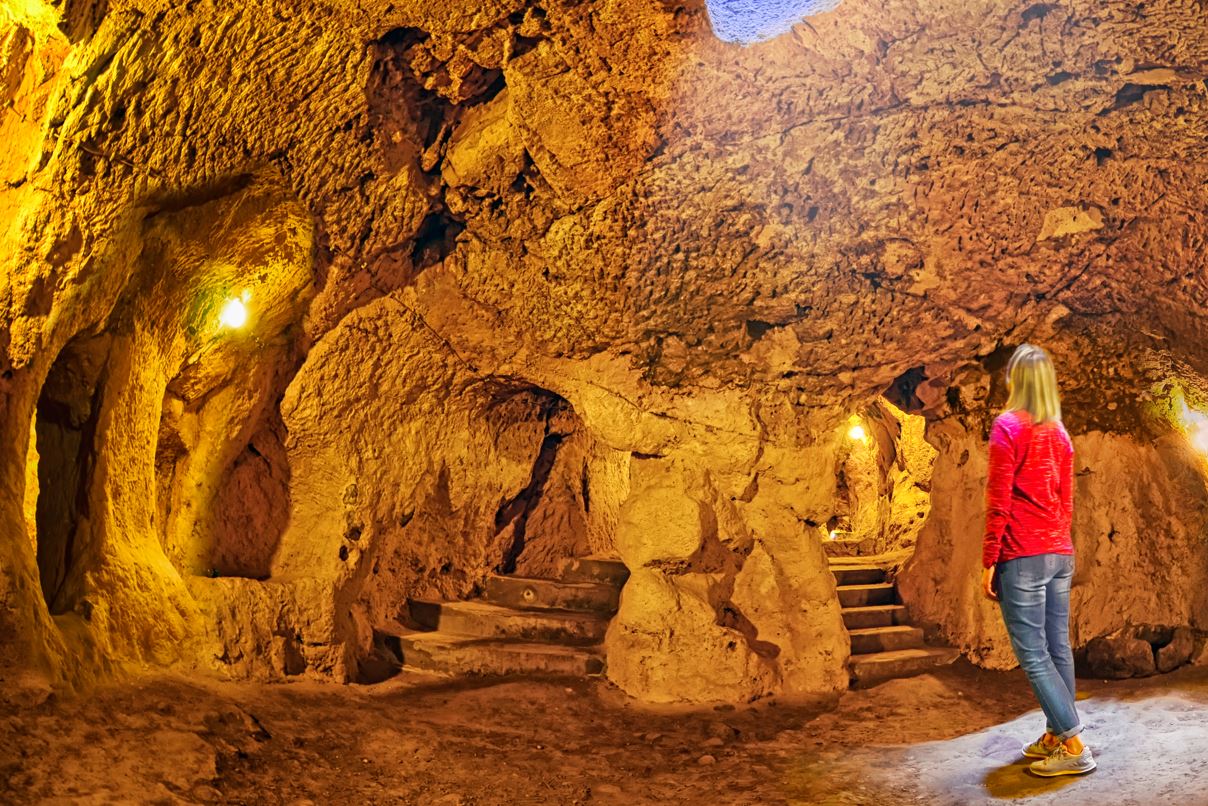 6 Underground European Attractions To Beat The Heat This Summer

Europe has been dealing with record heat waves this summer, and the heat will be here a while longer. The United Kingdom recently recorded its hottest day ever seen, with a temperature reading of just over 104 F° (40 C°). Spain even became the first country to begin a naming system for heatwaves, much like hurricanes. The same heatwave that broke records in the UK was dubbed “Zoe,” which brought temperatures of over 110 F° (43 C°) to Seville, Spain. Some speculate that heat waves will even begin altering the typical European tourist season. As temperatures soar, one of the best places to escape the heat is underground, where temperatures are consistently milder. We’ve compiled a list of six of the best underground European attractions to beat the heat this summer.

Imagine knocking down a wall in your home and discovering an entire underground city. In 1963, that’s precisely what happened to a man in the Nevşehir Province. After finding a room behind the wall of his home, his curiosity drove him to dig further, where he discovered many tunnels and rooms that formed the underground city of Derinkuyu.

The exact age of the tunnels is unknown, with different experts placing its origins anywhere between 1500 to 700 BCE.

Lying beneath the bustling streets of the Royal Mile are some less crowded, much older streets awaiting. The houses and alleyways have remained virtually untouched since the 17th century, offering a unique glimpse into the past. As the city expanded, Edinburgh wanted to build a Royal Exchange, and decided to build where Mary King’s close sat.

Rather than knock down all the buildings already there, they removed the top floors and used the lower ones as foundations for the new Royal Exchange. Now, visitors can tour these historic streets and buildings and enjoy costumed tour guides who play the roles of historical residents of the Close.

One of the most impressive historical sites in the city, the Basilica Cistern, lies opposite the beautiful Hagia Sophia Mosque. The impressive structure is 140m (460ft) long and 70m (230ft) wide. It has 336 columns that are each 9m (30ft) tall, and could hold 100,000 tons of water.

After taking a train to enter the mine, Venture down 130m (426ft) below the surface and cruise on a raft along the 100m long, 40m wide Mirror Lake. Dazzling lights show off the cavern’s salt crystals as you make your way over the water. Average temperatures in the mine are around 12 C° (45 F°), making it an ideal escape from the summer heat.

France recently ended all of its Covid restrictions, making it the perfect time to visit The Paris Catacombs. Visitors will venture down a 130-step spiral staircase to begin their tour. During their time in the catacombs they will see intricately placed human bones, carvings, and inscriptions. Cameras are allowed, but visitors are not permitted to touch anything.