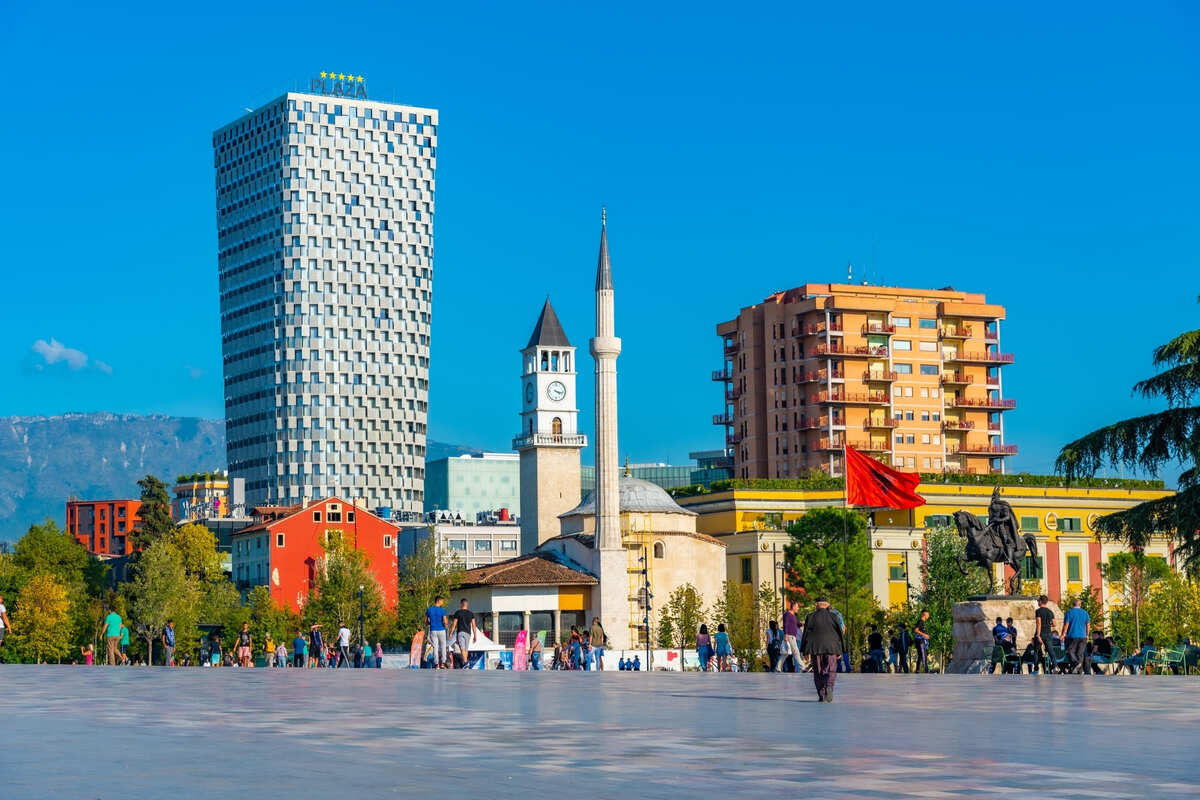 Few countries have been as receptive to digital nomadism and young travelers like Albania has. Being one of only two European countries where Americans can live for up to a year with no requirement other than their nationality, it is hosting its first-ever Digital Nomad Conference in Tirana, the quirky, incredibly fun capital.

Albania has been years in the making as a major European destination, and this year, things are finally looking up for the nation, which owes its delayed development to a strict Communist regime that had it sealed off from the rest of the world for decades. Fortunately, Albania is now a full-fledged democracy, and it is open and more welcoming than ever.

If you’re a young entrepreneur, or a remote worker, you will not want to sleep on this fantastic experience:

Tirana Is Officially Europe’s Digital Nomad Capital For A Week

Proudly accepting its position as one of Europe’s top rated nomad destinations, something we have been tracking ourselves for months, Albania is launching its first Digital Nomad Festival, in hopes of attracting long-term travelers who work remotely and have been country-hopping across Europe.

The event is being held between September 14 and 16 in Tirana, the capital city and Albania’s cultural and financial center, and will be headlined by a total of 47 speakers from different backgrounds and areas of expertise. The list is truly quite extensive, but one of the most famous guests is Dean Kuchel as Master of Ceremony – the so-called ‘King of Digital Nomads‘.

Mr. Kuchel is the renowned founder of Digital Nomads Israel, a 35,000+ strong community, having been a remote work advocate traveling the world since 2014. Lona Alia, founder of Y Combinator and SafetyWing’s Revenue Director is also part of the panel, alongside household names in the ‘nomadverse’ like Andreas Wil Gerdes, Giani Bianchini, and many more.

Alyne Tamir, the rising Instagrammer, female entrepreneur host of Dear Alyne Retreats and travel enthusiast with more than 3 million followers is participating as well, as is Kashlee Kucheran, the travel expert, CEO and co-editor in chief of Travel Off Path – of course, we couldn’t possibly miss out on all the fun…

Especially when it involves a country as exciting and brimming with opportunities as Albania.

If you’re a digital nomad traveling Europe at the moment, we strongly encourage you to make it to Tirana in time for the event for three very simple reasons:

*There are dozens of low-cost flights to Tirana from multiple departure points in Europe, and we should probably mention Albania is one of the most affordable destinations in all of the continent, so any incurring expenses will be minimal

And Then Of Course, Why The Unheard-Of City Of Tirana?

It may not be on everyone’s travel list due to its secretive nature, but Tirana is an up and coming city that has, in fact, been named this year’s European Youth Capital. Attaining the honor is no easy feat, seeing that the coveted title is only granted to cities where young people are actively empowered, encouraged to participate in society, and where entrepreneurship is fostered.

This means Tirana is not only the place young Albanians and other Western Balkan nationals usually relocate due to its prestigious universities, better career prospects, vibrant social life and cultural scene, but also an environment where digital nomads can prosper. Lastly, being home to Albania’s only major airport with regular flights, it is the gateway into the hidden Balkan gem – or maybe it is not even hidden anymore.

On this article, we rounded up all the reasons why Tirana should be on your bucket list as a digital nomad, but we’ll be happy to give you a few more:

Sounds appealing enough to you? Registration for Tirana’s Digital Nomad Festival is open and you can secure your spot for free here.

We hope to see you there!