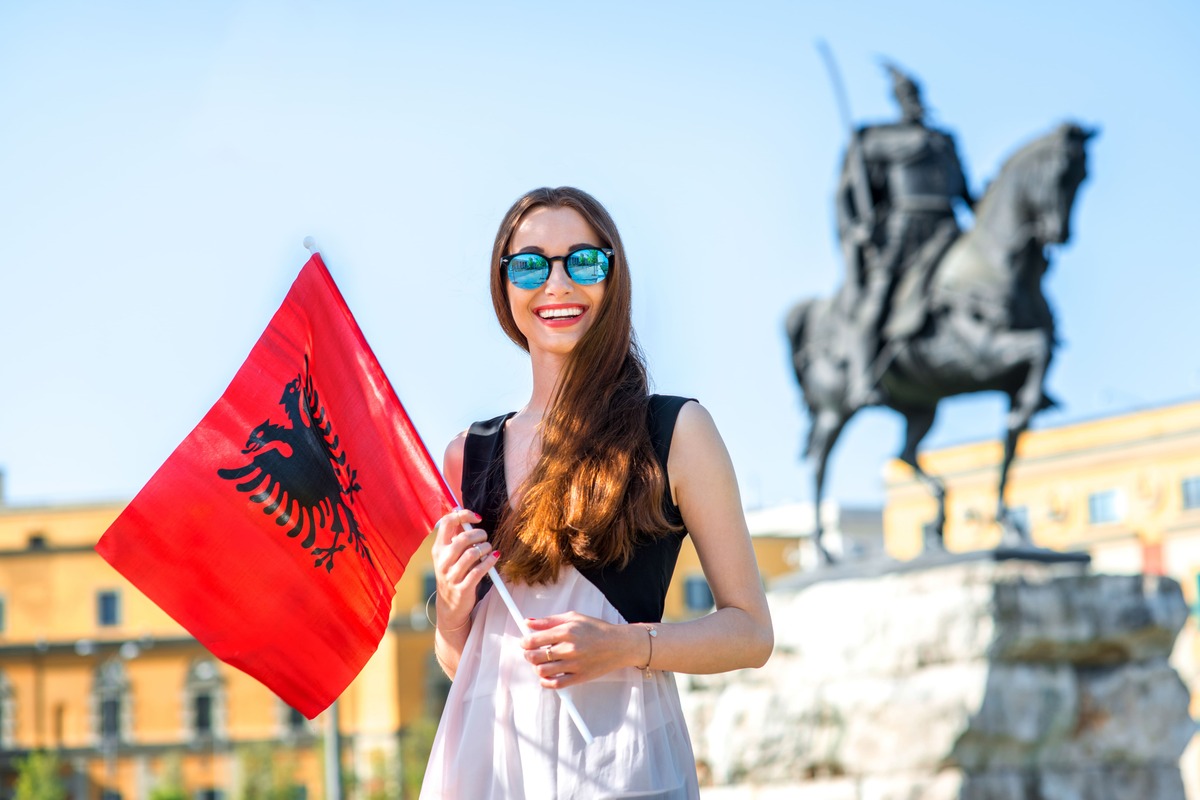 Albania is gaining more popularity among travelers lately, all thanks to TikTok where many of its hidden gems have gone viral. While this is great news for the local economy, set to benefit from the influx of tourists, it can also turn the seemingly untarnished Balkan nation into yet another one of Europe’s tourist dumps.

Once again, the continent is awash with visitors and concerns about overcrowding are back to haunt the locals. Previously the phenomenon seemed to be restricted to Italy, France, Greece, Croatia and the like; now, even overlooked places that historically received very few tourists are getting a slice of the cake.

This has left us wondering: is Albania, Europe’s best kept secret, perhaps no longer a secret at all?

Albania On Track To Become A Major European Destination

A Southeastern European country full of natural wonders, amazing History and highly affordable compared to other European beach hotspots, Albania had been largely ignored by travelers up until recently. Having broken free from communism only in the early nineties, it was forcefully hidden from the public eye, and social imaginary, for most of our recent History.

Due to the strict regime, which actively pursued and killed citizens looking to flee, and barred entry to most foreigners, Albania did not enjoy an economic boom, or tourism development, as its Balkan competitors did during the 20th century. Things changed for the better in the wake of the democratization, but even then numbers remained lackluster.

Unlike Croatia or Montenegro, two neighbors that emerged from the last Balkan Wars, and the break-up of Yugoslavia, as top rated international destinations, Albania struggled to keep up and most of its efforts towards wider integration – joining the European Union, the Eurozone, and being a part of the European Single Market – have failed.

That is, up until now.

In a trend first picked up by The Times, it seems Albania is finally making up for lost time. At a time when low cost travel is slowly disappearing, and Europe is becoming increasingly more expensive, Skanderberg’s homeland is taking center stage as a budget travel haven, especially on TikTok, where users have been sharing their experiences when traveling the country.

Several of those with over a million views center around the quaint seaside town of Ksamil. Located in close proximity to the port of Saranda, this unheard-of paradise location is home to some of Albania’s most picturesque beaches, straddling the Adriatic Coast and featuring a Maldives-like teal-colored ocean.

Others focus on Albania’s numerous historical sites, such as medieval castles, Greco-Roman ruins, and communist-era bunkers. Unbeknownst to most foreigners, this Balkan gem has one of the richest cultural offers in the Balkans, its landmarks being among some of the most popular tourist attractions on the video-sharing app.

Those are the UNESCO World Heritage Site of Berat, an Ottoman-era city known for its whitewashed Old Town and hilltop fortress, Shkoder, the cultural capital of Northern Albania and the gateway to the lesser-known Albanian Alps, and Gjirokaster, commonly known as the ‘Stone City’ and another UNESCO-recognized gem.

Albania’s newfound fame is not restricted to TikTok only: since it dropped all Covid rules, its tourism rebound has far exceeded original expectations. Instead of the much more modest 2.9 million arrivals forecast, the nation is expecting to welcome 4 million until the end of the year, as confirmed by Prime Minister Edi Rama, or 1.1 million more visitors.

Much like Croatia, which experienced a revival in a post-war setting, Albania is ready to shake off the ghosts of decades past and reinvent itself as an attractive sunny getaway. The Albanian Prime Minister himself states they’re ‘on the right track’, with large-scale infrastructure projects already underway.

This Is What A Future Albania Could Look Like

Currently, Albania’s main airport serving the entire country is located in the inland capital of Tirana. The Albanian Riviera, home to the trendy Ksamil, is hundreds of miles south of the airport itself and only accessible by road. Luckily, a brand new entry point serving the coastal provinces is opening soon, near Vlora.

Additionally, the Albanian Government is pushing on with its ‘Infrastructure and Tourism Enabling Program’, focused on boosting investment in designated tourist areas across the territory and improving public transportation, mostly conducted by intercity buses at present. Other projects include:

Naturally, EU membership is part of this wider development plan. So far, the country had been shunned by the group, with politicians in Brussels citing widespread corruption and regional instability as major roadblocks in Albania’s European path. However, as of July 19 of this year, accession talks have officially started following years of delays.

At last, the future is looking bright for the country once deemed Europe’s backwater.

In more precise figures, June arrivals in Albania were up by 45% year-on-year, making it one of the fastest-recovering destinations in Europe. In addition to that, the January-June period saw a 51.3% increase, mounting up to 2.6 million visitors. It may not seem like much, but it’s a sign Albania has potential, and this has only started being acknowledged.

So yes, the secret is out:

Countries struggling with overtourism like Italy and Spain have far superior tourist numbers, but what’s interesting to note here is how fast the local sector is growing. By all means, it is still what we’d call an off path destination, but it has long ceased being a small, obscure landmass in the East.

You can read more about Albania here.