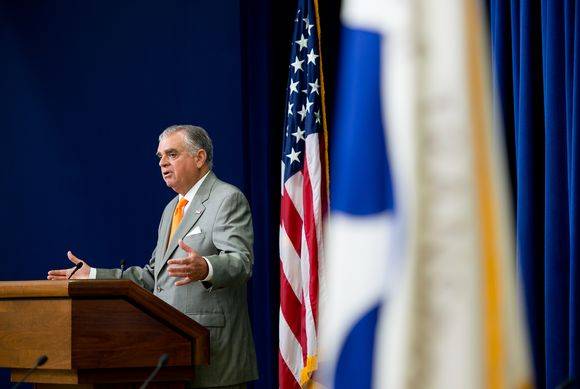 American secretary of transport Ray LaHood has confirmed he will step down from the position.

Speaking on the official department of transport blog, Fast Lane, LaHood said he had elected not to serve a second term in the position, but work remained to be done.

Outlining his accomplishments while in office, he the department had put safety “front and centre” during this tenure, while pointing to the Distracted Driving Initiative and a rule to combat pilot fatigue that was decades in the making.

LaHood continued: “We have made great progress in improving the safety of our transit systems, pipelines, and highways, and in reducing roadway fatalities to historic lows.

“We have strengthened consumer protections with new regulations on buses, trucks, and airlines.”

Transport had also played a role in the recovery from the great recession, LaHood explained.

“We helped jumpstart the economy and put our fellow Americans back to work with $48 billion in transportation funding from the American Recovery and Investment Act of 2009, and awarded over $3.1 billion in TIGER grants to 218 transportation projects across the Nation.

“We have made unprecedented investments in our nation’s ports.

“And we have put aviation on a sounder footing with the FAA reauthorization, and secured funding in the Moving Ahead for Progress in the 21st Century Act to help States build and repair their roads, bridges and transit systems.”

LaHood will remain in position until a successor is chosen to ensure a smooth transfer of power.