Most visitors to Zakouma National Park in Chad rave about it, saying it is well worth the effort of getting there. So, when Nicky Dunnington-Jefferson set her mind to going, she knew she needed expert advice. Travelling as Covid-19 struck, her intrepid story reminds us of the value of a good tour operator — as important as ever now as we start to plan our travels once again. All pictures by Nicky Dunnington-Jefferson.

I too have tales: a hyena at the end of my camp bed in Mana Pools, Zimbabwe, and, in Mana again, four huge buffalo hoovering up seed pods and breathing in my ear round my flimsy tent in the early hours. But nothing prepared me for what happened earlier this year in Chad. And you should know: I do not possess a smartphone; just a very old mobile with no internet access.

They say it’s who you know. I say it’s rather what and who they know — and I urge everyone to think very carefully about which operator they choose to organise their travels.

For my trip to Zakouma National Park, I shopped around before choosing Zambezi Safari & Travel Company after establishing that the MD, John Berry, and his right-hand lady, Amanda DeSimone, had both visited. I met up with Amanda and was impressed.

I always entrust Trailfinders to look after my flight bookings. Flights to the Republic of Chad aren’t straightforward. In fact, little about Chad is easy. For a start, it’s French-speaking (this big land-locked country was part of French Equatorial Africa until independence in 1960) and there are multifarious entry requirements. Amanda’s experience was invaluable.

When I left the UK on 14 March, Covid-19 had barely raised its head at airports and the only time I had my temperature taken was in N’Djamena, just before entering the Arrivals Hall. I was required to fill in forms and then proceed to the Immigration desk, behind which an unwelcoming woman surveyed my passport disapprovingly. She showed it to someone else — my visa was very much in order — after which she demanded fingerprints from five digits. This procedure was spectacularly unsuccessful. My hands were sweating so much with nerves and the heat that imprinting didn’t work. Eventually, she settled for a left thumb print and I was released to collect my luggage.

I was met by two representatives from the local tour company and driven to my hotel, Chez Wou, my own bad choice and not recommended. Significantly, I elected to have dinner across the road at La Tchadienne.

The next day I set off by road for Zakouma (most tourists take a charter flight, but there were none available), with driver Hussein and cook Jonny. Neither spoke English. We headed along a tarred but potholed road and it was very hot (37°C–41°C), dusty, windy and desperately poor.

Arab nomads with camels, donkeys, horses and goats had made their home here in the Guera region of the Sahel, and Jonny told me that when it rained, they would move elsewhere. Rubbish was blown against fences, and vehicles long abandoned lay wrecked and rusting. Solitary mosques indicated a Muslim presence — Muslims account for over 50 per cent of the population; the remainder are Catholics and Protestants. I was surprised to come across ladies selling lovely pottery and baskets.

Somewhere after Bitkine we pulled off the dusty road to camp for the night. I awoke surrounded by lowing cattle and a herd boy. We headed to Mongo to get a faulty tyre repaired. This is not a jolly place, and no-one liked the look of my camera. One chap, slicing potatoes, was about to add onions to the mix but the cooking oil looked more suitable for a vehicle than a cooking pot.

I loved the assemblage of small kettles sitting in the dirt outside some shops in Abou-Deia, where we turned south-east towards Zakouma. Kettles are popular for carrying water and for a quick hand wash.

Finally, around 4pm, we reached the national park and Tinga Camp. I was hot, dusty and somewhat weary. The managers, Claire and Max, came out to greet me with the words: “Have you heard the news?” No, I hadn’t. The airport was closing because of Covid-19. The last Ethiopian Airlines flight was leaving that evening; the last Air France flight the following night.

There was no alternative: I asked my lads to take me straight back to N’Djamena. I rang John Berry on his emergency number. Calm and reassuring, he said “Leave it with me.” Amanda, through Trailfinders, got me a seat on the Air France flight.

We drove through the night, with only a few hours’ rest, directly to the Air France office. The flight was cancelled. I was stranded.

Events moved quickly. Amanda suggested I go to the French Embassy — Britain has no diplomatic office in Chad — and I did, returning to Chez Wou. A young man offered me the use of his laptop as I had no access to emails.

Christian, from African Parks (who manage Zakouma National Park, in partnership with the Chadian authorities), hammered on my door the next morning. I must go with him to Air France and the French Embassy — again. Also in the vehicle was Margot, a Dutch teacher who, along with her colleague, Albert, had been teaching English to African Parks’ staff in Zakouma. And along the way I met Iris and Willem, also from Holland, camp managers at Camp Nomade in Zakouma. We were all in the same boat, as it were, trying to fly back to Europe.

I moved to La Tchadienne to be with the rest of the Dutch group. Amanda was on the telephone to me every day from Devon, keeping my spirits up, contacting my family and doing everything possible to get me home. I looked forward to her calls as I waited by the pool.

I photographed common agama (lizards), the males with their bright orange heads and long, orange-tipped tails. I read the African Parks Annual Report from cover to cover, in French. I knew about lockdown from the television. I now knew the pool menu backwards. The food was reasonable, unlike at Chez Wou. Beef brochette, with beef from the Sahel, was a favourite. Breakfast was good; a buffet-style served in the big dining room.

The days passed. On the evening of 25 March, I went down to the bar and Margot told me to fetch my passport immediately as the French Embassy needed to speak to me. When I returned she handed me a mobile phone and a gentleman informed me, in perfect English, that the French military were sending a ‘plane to fly French nationals and others out of Chad and I, along with the Dutch contingent, was on the flight. We were going home.

I was first to leave the hotel the next morning, in a ramshackle vehicle piloted by a one-armed driver. All pre-flight procedures were carried out at the French military base at BA Kossei. We progressed from tent to sweltering tent, military personnel in each performing different functions, emerging into a ‘holding pen’ — a big area with wooden benches and some cover under thatch. Food parcels and water were issued. I felt like a refugee.

Minibuses took us to a big white ‘plane with ‘Republique Francaise’ emblazoned on the body. The cabin crew were all female, attired in bottle green jumpsuits with lots of zips and badges. They were very efficient. We landed at Charles de Gaulle to be greeted by French police bearing formidable weaponry.

I spent the night in the same hotel as my new Dutch friends and the next day I flew home — Air France honouring my booking reservation on the cancelled flight — arriving only a day later than originally planned.

My tale is a paean to professional and experienced tour operators; those who go the extra mile for their guests. At the top for me now is Zambezi, and Amanda and John, who lived through this ordeal with me.

I cannot emphasise more strongly that when you travel, make certain that your tour operator is at the top of their game, able to cover all eventualities and with a wide network of contacts in place. You never know what’s around the next thorn bush…or borne on the air. But when things go wrong, you need to know they’ll be ready and able to cope.

I’ll certainly be using Zambezi to plan my return trip to Chad. After all, I still need to see what the fuss is all about in Zakouma!

For more on Zakouma, visit the African Parks website. 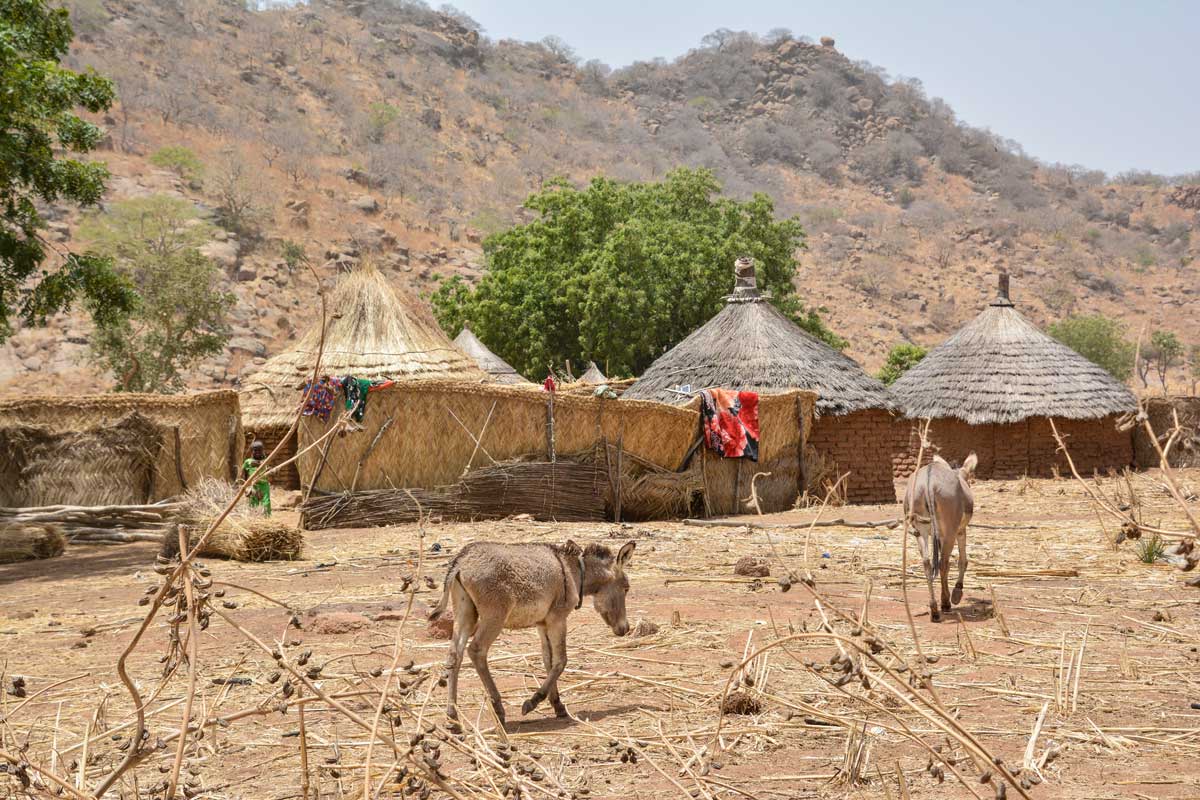 World Health Organisation (WHO) announces Covid is airborne. How to stay safe