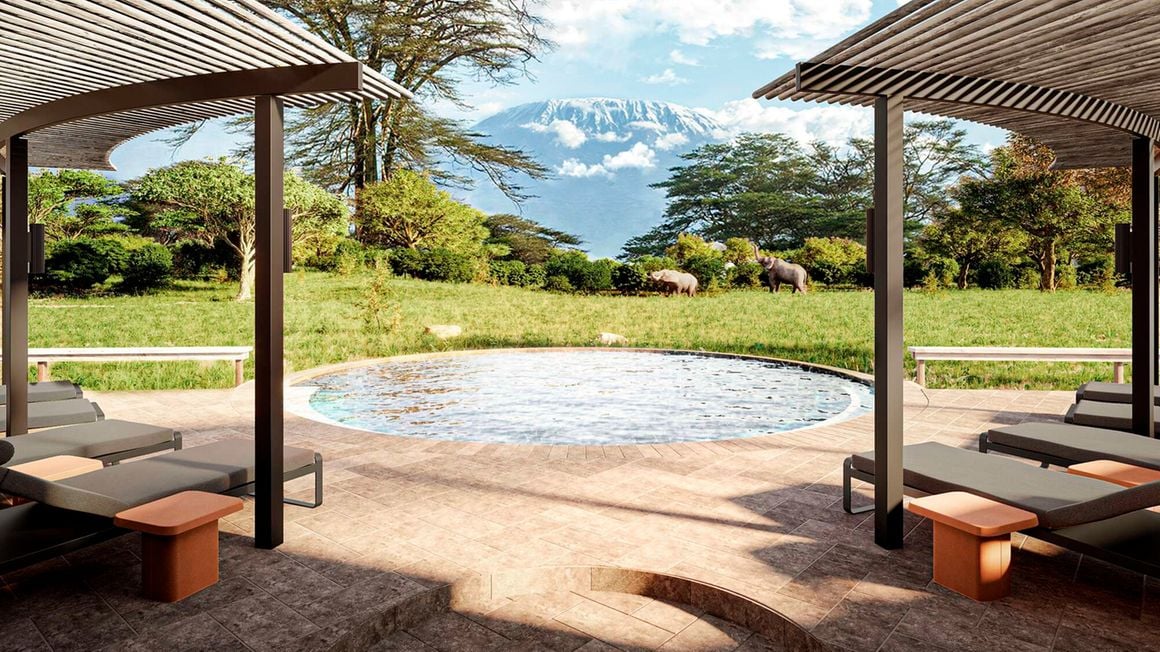 Angama, one of Kenya’s most luxurious hotels in Maasai Mara has opened a tented camp in Amboseli, adding 15 more rooms to the destination that attracts bird watchers, horseback riders, and tourists looking to enjoy sundowners against the backdrop of Mt Kilimanjaro while herds of elephants pass by.

Angama Amboseli joins the likes of Ol Donyo Lodge, Satao Elerai Camp, Amboseli Serena, and Ol Tukai Lodge Amboseli, luxury tented camps that have been offering accommodation in the region that was recording a sharp rise in the number of visitors two years ago before the pandemic affected travel.

However, new lodges and the resumption of travel are expected to revive bookings.

Steve Mitchell, the CEO and co-founder of Angama Mara says Angama Amboseli is a collaborative effort between landowners and the hospitality industry. It was initiated from an environmental conservation perspective as opposed to from a competitive business model.

“We had landowners running conservancies that wanted to attract people but did not know how to do it and that is where we stepped in,” he tells the BDLife.

“Amboseli is iconic and we felt there was an opportunity to develop something at our level. We identified a conservation partner we respect, Biglife Foundation which has been in the industry for 30 years and thus has a solid relationship with communities around and partners in wildlife conservation, and since we do not do conservation ourselves, we found partners that focus on that. All we had to do is to bring in the element of hospitality.”

Mr Mitchell says the Amboseli lodge has a smaller bed capacity at 15 rooms as opposed to Mara’s 30 rooms. The architecture is also different with every franchise tapping on its natural habitat for its identity. The Mara taps into scenic views and its rich ecosystem. The Amboseli taps on the elephant sanctuary, the forests, and the mountains around.

“Angama Amboseli opens in November 2023 and as it stands, we are already booked for the period, barely before the groundbreaking has ensued,” he says.

Mr Mitchell is a financially trained CEO and adept writer with experiences working across East Africa, South Africa and the Latin America. He talks of how the Angama came to be, how one of the co-founders, the late Steve Fitzgerald, identified the piece of land where the Angama Mara now sits.

“The land was initially in the ownership of an American hunter who had a lease on it and because hunting is illegal in Kenya, he relinquished the property which was then acquired by Steve Fitzgerald on a lease. This was about nine and a half years ago,” he says.

“We felt that the Mara was a high-end game reserve and we had a golden opportunity to build an iconic property that would take advantage of the views of the rift and the escarpment and in the long run help to raise the profile of the Mara triangle in particular,” he adds.

The pandemic period nearly sent Angama into the doldrums. They were affected equally like any other hotels with most falling back on domestic travellers.

Mr Mitchell says Angama has always welcomed domestic tourists as the facilities are accessible, but the pricing is sometimes a challenge.

“The only problem is access to peak season rates because domestic travellers do not want to pay the full board rates and us being limited in space (Angama Mara has only 30 rooms between August and July). While we welcome our residents, we also need to sell our rooms to balance our books as we still are a business entity at the end of the day,” he says.

He estimates that the percentage of domestic tourists that visit Angama Mara is less than 10 percent.

Angama Mara’s pricing for the high season compares to rivals such as Richard Branson’s Mahali Mzuri, which charges $1,520 (Sh184,558) per person per night, and Arijuju, an exclusive-use private lodge in Laikipia that charges Sh1.5 million ($12,000) a night for six guests.

The pandemic, Mr Mitchell says, forced hoteliers to do some soul-searching on what is important.

“No one lost their job and Angama as we speak, is halfway through paying back the salary sacrifices its employees had to undertake because of the pandemic,” he says,

“If you treat your team like partners, they treat the business as a partnership which is a positive attitude that has kept us afloat all these years.”