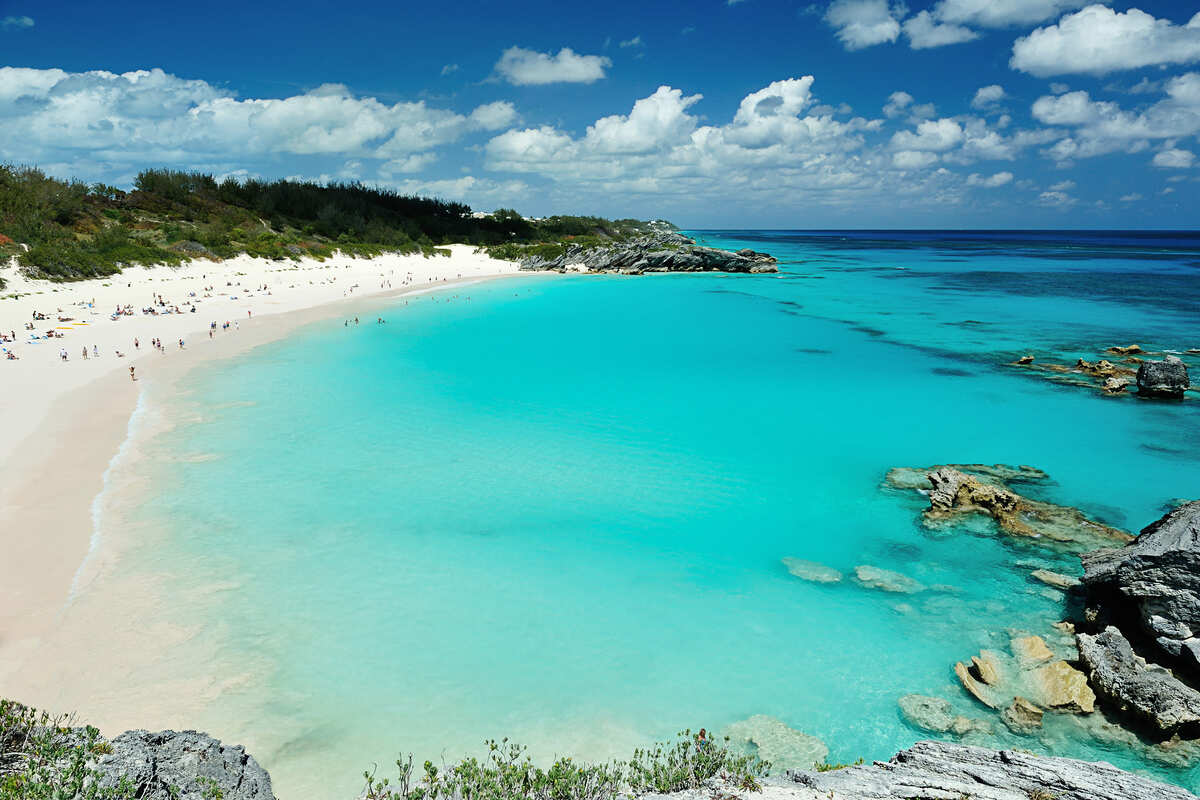 After dropping all travel restrictions earlier this year following two years of strict protocols, the paradisaical island of Bermuda is going even further and removing both an entry fee and a travel authorization for Americans and other foreigners. From now on, completing a Bermuda Arrival Card is the only requirement applying to tourists arriving via air.

A British Overseas Territory famous for pink-sand beaches and turquoise-colored oceans, Bermuda has always been a popular stopover on many cruise itineraries leaving from North America. In recent years, it has also been gaining traction as a stand-alone destination due to its fascinating culture and extensive list of attractions.

On top of that, the Caribbean gem is harmonizing travel rules across all entry points and making it easier for air travelers to enter:

While cruising in the Caribbean has always been frictionless, with cruise guests being allowed to enter different islands completely requirement-free, different rules normally apply to air travelers. For instance, they must carry a valid passport and observe other entry conditions, which used to include, up until November 15, a Travel Authorization (TA) form.

Since that date, however, the Bermuda Government has harmonized border regulations between different entry points, officially eliminating the TA requirement and, along with it, the associated U.S. $40.00 fee. Initially, the form was set to be discontinued on November 30, but local authorities decided to move up the date ahead of the high season.

This year, the Caribbean is the trendiest destination for Americans, with Cancun and Punta Cana leading bookings in the region. Naturally, smaller hubs like Bermuda are riding on the wave of the Pan-Caribbean tourism revival: through a statement, the Government confirmed they hope the move will ‘streamline the overall experience for visitors’.

Bermuda Is Officially Back To Pre-Pandemic Normality

The TA form was the last remnant of the territory’s now-defunct strict Covid policies, having replaced the earlier Bermuda Arrival Card (BAC), which was free to obtain and did not include a health questionnaire. Once more, Americans flying to Bermuda will be allowed to present a BAC instead, on top of not being subject to any form of health screening upon arrival:

Unlike the discontinued TA, BACs do not incur a charge and are not part of an application process. They are issued automatically upon completion of the form, as a downloadable link, or by email. Interestingly, not being in possession of a completed BAC form does not necessarily pose an impediment to boarding a Bermuda-bound plane:

Hard copies, or ‘Pink Forms’, will be available for air arrivals in case they forget to register in advance. On the other hand, those who have already received their BAC do not need to complete a ‘Pink Form’. Besides streamlining travel, island officials aim to capture relevant data on visitors (for statistical purposes only).

Whether they opt for the online version or the hard copy at the airport, filling out the form should not take longer than a few minutes, though doing so in advance is strongly encouraged, as it will surely save you some time going through customs. The measure applies to Americans, Canadians, British citizens, and any non-residents arriving via plane only.

Speaking to the press, the Interim Chief Executive Officer at Bermuda Tourism Authority stated Bermuda’s tourism industry ‘fully supports the decision’ of bringing the last of the territory’s public health emergency orders to an end. Moving forward, the island will begin reinstating its pre-Covid normality, a move applauded by the industry and vacationers alike.

Besides pink beaches and the classic Caribbean views, Bermuda houses a large complex called the Royal Naval Dockyard, where guests can swim with dolphins and learn about Bermuda’s rich maritime History. Other attractions include sailing tours along the extension of the island, snorkeling around a shipwreck, and the landmark Crystal & Fantasy Caves.

The one-page Bermuda Arrival Card form can be found on this link.