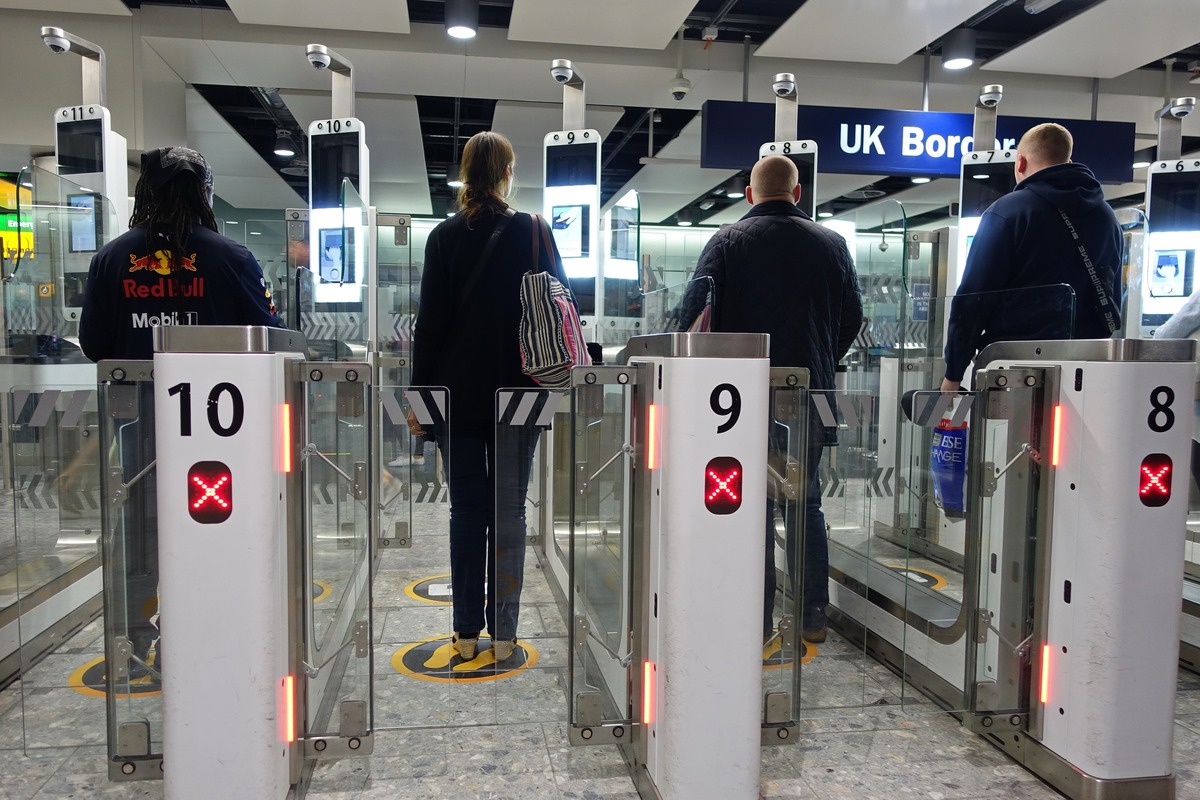 Border Officers Are Being Replaced By Electronic Gates For Faster Immigration

Years after the proposal was first made, it seems automated border control is finally being rolled out on a global scale, especially after this chaotic summer of travel, when wait times at airports increased dramatically and reduced immigration staff only exacerbated the problem. With several countries in Europe, and now even Canada, introducing electronic gates for ID verification, it may not be long until border officers are no longer needed.

Electronic gates, shortened to e-Gates, allow for a smooth, much faster border experience, where incoming international travelers are required to scan their passport using a machine that reads their biometric information and confirms their identity. When eligible, they are not required to speak to border staff, or undergo any thorough checks.

To all the passport stamp collectors out there, we’re sorry to inform you, but this might soon be a thing of the past:

Although they were not actively discussed until recently, e-Gates have been around for years, introduced to the public as far back as 2007 at Australia’s Brisbane Airport. At the time, this proved an ambitious endeavor, as biometric passports, the main requirement for e-Gate eligibility, had been first issued only a year earlier.

While many expected the concept to swiftly spread to other hubs, the global prevalence remained fairly low. Except when they are available to returning citizens, tourists can only check into countries using an e-Gate in select locations, most notably Europe and a handful of North American entry points. Even then, not all tourists are allowed to ‘scan their way in’.

This year, as the demand for travel surged, and as a result, airports struggled to cope with the number of arrivals amid a crippling worker shortage, which involved a lack of border staff. Inevitably, e-Gates rose to prominence once more and proved an useful resource in speeding up identity checks and ensuring the smooth influx of arrivals.

Now, more nations are turning to e-Gates in a bid to solve their operational issues. This month, Canada’s Toronto Pearson International Airport announced plans to implement a ‘fully digital’ border in the future, replacing bureaucratic procedures with simple-to-use kiosks. These are not just empty promises, either: the first step has already been taken.

As reported by Global News in early August, Canada launched new e-Gates for customs declaration at Toronto’s busy Terminal 1, after the airport came under fire for putting passengers through hell as the worst for delays in the world. As of now, the sole purpose is to ‘combat airport delays’, and border officers remain very much a fixture in the airport.

In order to use an e-Gate arriving in Toronto, Americans who have been permitted to fly to Canada must fulfill two simple requirements:

The only downside? They still must speak to a border agent, though briefly, once past the e-Gate. Automated border control is a complex project, and numerous security measures need to be in place in order to protect both traveler information, and national security, so it may be some time still until Canada’s border is truly seamless.

Nevertheless, this is an indication Toronto is trialing new technologies to improve its tarnished reputation as a reliable airport. According to the Canada Border Services Agency (CBSA), the newly-opened e-Gates give international visitors ‘another option to present their customs and immigration declaration‘, as opposed to having it authenticated manually by staff.

Unlike Canada, known to be an overly conservative nation when it comes to borders, the largely unheard-of, but up and coming Central Asian destination of Uzbekistan has just been added to the limited list of countries tourists can enter automatically with biometric passports. Beginning September, eligible travelers will be free to use the fast-track service.

The system is based on biometric information and allows tourists to cross the country’s border easily, ‘with minimal involvement of border control officers‘. This is a landmark moment for Central Asia, seeing that, up until now, the roll-out of the technology had been mostly restricted to the Western World. If anything, this is proof universal change is coming.

As of now, e-Gates are available at Samarkand International, serving the city of Samarkand, one of the oldest continuously inhabited in the region and a rising international hub. According to Gayrat Nematov, General Director of Air Marakanda LLC, responsible for the airport management, this is a ‘logical solution for any modern transport facility‘.

Judging by Nematov’s statement, we understand that Uzbekistan’s goal is to minimize wait times travelers face when landing, as well as de-bureaucratize the border. The e-Gates are expected to boost tourism significantly, and they can also be deployed at other road and pedestrian checkpoints. After all, Uzbekistan is a doubly landlocked country.

Beyond Canada and Uzbekistan, other nations have already deployed the measure. When entering the United Kingdom, Americans and citizens of 36 other countries can use the fast, automated lanes in locations where they’re available. Those include all the major entry points, such as London Heathrow, London Gatwick, the Eurostar terminal, and Edinburgh Airport.

Within Europe, U.S. citizens have other options, such as entering via Portugal, where they must be over 18 years old to be granted e-Gate access. Moreover, being the first in Italy to have installed the technology, Rome’s Leonardo da Vinci is another European airport ensuring Americans are screened faster, both electronically and more efficiently.

Other airports in Italy where Americans aged 14 and over are eligible include Milan Malpensa, Treviso, Venice Marco Polo, Bologna and Verona. Following a successful e-Gate screening, they may still be required to speak to a border agent. Other popular countries that are known to have opened e-Gate lanes for Americans are:

*Only when departing Europe’s Schengen Area from Helsinki International – not available on arrival unless you are an EU, EEA, Switzerland, Japan or South Korea national

**Registration for the German EasyPASS card is required

***Only to Global Entry members

As you might have noticed, some countries have fully switched to automated e-Gates, while others are opting for a hybrid system based on enrollment programs or even nationality, but one thing is clear: this is a global trend worth observing.