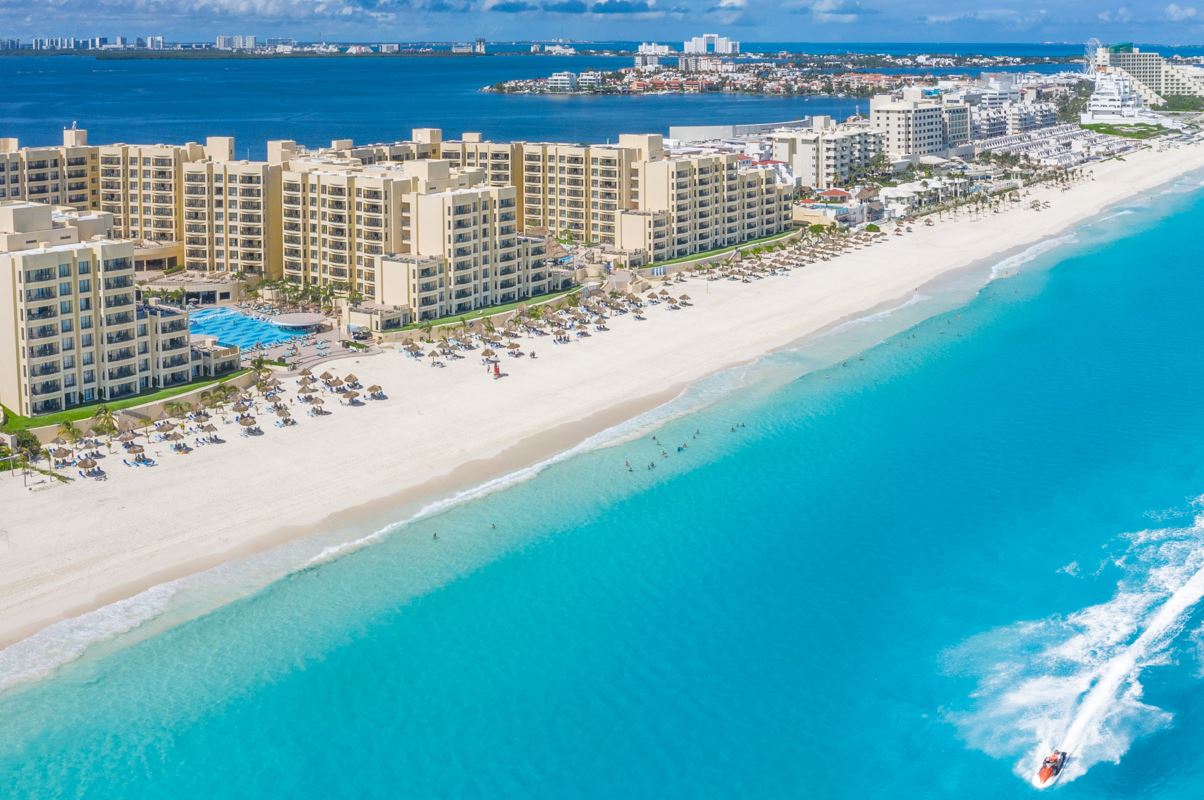 Cancun Will Be Free From Sargassum Seaweed Throughout Entire Winter

After struggling with the landfall of sargassum seaweed throughout most of 2022, Cancun and all of the surrounding towns in the wider Riviera Maya, including Tulum and Puerto Morelos, will remain officially free from the disruptive organism throughout winter. During the long-awaited season, tourists will once again enjoy immaculate Caribbean beaches – with no foul-smelling seaweed to be found.

Although it is not necessarily dangerous, except when it is present in large amounts, which may then raise the risk of toxicity, sargassum is a natural agent hard to combat. It proliferates much quicker in tropical, warm seas, especially in the Mexican Caribbean, and upon washing ashore, it leaves a pollution trail on the region’s famous white-sand beaches.

Fortunately for tourists, the upcoming high season in Cancun will not see a return of the phenomenon:

Sargassum-Free Beaches Until March At The Earliest

If you’re still concerned sargassum might make a comeback and ruin your vacation after it invaded the Mexican coastline earlier this year, you should put your worries to rest. According to a new published by the Autonomous University of Quintana Roo, Cancun will remain seaweed-free ‘for at least three more months’.

In partnership with local specialists, researchers confirmed sargassum will not pose a problem during winter based on a ‘long-term’ forecast. In sum, the perfect weather conditions will ensure beaches remain clean: the seaweed will be kept away from the shoreline due to strong winds blowing from the north, despite temperatures remaining warm.

The arrival of sargassum is largely attributed to the Caribbean’s tropical nature, seeing that the warmth of the waters creates the perfect environment for the algae to grow. However, the Northern winds look set to blow them further away from the coast irrespective of the seasonal heat, ‘until February or early March‘.

The prediction was made by Professor Alberto Pereira Corona from the Natural Sciences Department. According to the scholar himself, tourists will be the main beneficiaries of the ‘improved situation’, as they will no longer be made to endure the foul smell of seaweed gathering on popular swimming spots – unlike previous visitors.

Naturally, some of it can still make landfall, though not in huge amounts or in a way that will be a disturbance to bathers. When in doubt, they can always check the latest updates from Quintana Roo’s Sargassum Monitoring Network; at present, nearly all beaches across the state have a low incidence of algae, with only two exceptions:

Both have ‘moderate’ levels currently – still, they have seen major improvements since August when a record amount of seaweed hit Quintana Roo. Back then, Cancun’s landmark Playa Delfines turned a mucky brown from the seaweed, prompting state authorities to bring in heavy machinery and hire round-the-clock cleaners.

Sargassum is a yearly occurrence in Quintana Roo, but it’s evident levels were persistently high this year. Some experts have linked the occurrence to climate change (at least in part). Increases in temperature across the planet have been notoriously altering ecosystems in the Atlantic Ocean and leading to the development of these organisms.

From now up until early March, vacationers will continue to enjoy Cancun’s spotless beaches and its turquoise-blue ocean. Obviously, in the not-so-distant future, it looks likely the problem will recur. So far, short-term solutions aimed at reducing the volume of algae have been restricted to manual cleaning and the installation of temporary barriers.

This winter, Cancun will host an unprecedented number of guests, with occupancy across hotels and guesthouses reaching up to 95% prior to the start of the season. It is of the fastest-growing destinations in the wider Caribbean, leading booking trends for year-end travel among Americans and recording up to 600 daily flights.

If you’re heading to Cancun this winter, seaweed and the quality of the water are the least of your concerns. Instead, you should make sure you book your all-inclusive experience right away before room availability becomes limited and prices increase and prepare in advance for an ever-busy, somewhat chaotic Cancun Airport.