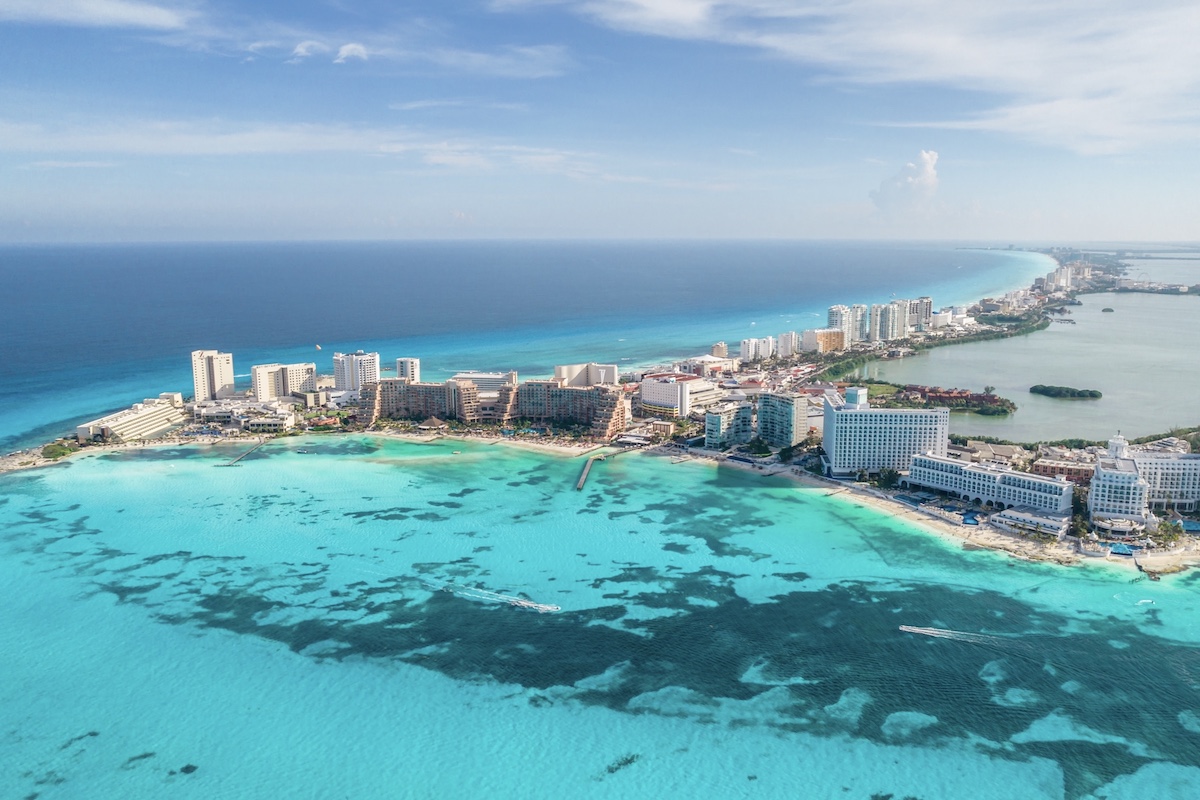 Cancun is a highly sought-after international destination that sees millions upon millions of tourists arriving all-year round. Its massive popularity would lead you to think the quality of local beaches is decreasing dramatically – after all, more tourists generally result in more waste and, subsequently, beach pollution. That is shockingly not the case, as Cancun has, in fact, the highest number of clean beaches in all of Mexico.

Overtourism is one of the biggest threats facing Cancun, but local authorities have risen to the challenge and are not only encouraging Americans to visit but keeping the city safe and all of its popular swimming areas spotless. Crowding risks aside, the oceans bordering Cancun and the wider Riviera Maya are as beautiful and crystal-clear as ever.

You don’t have to believe us. The proof is in the numbers:

No Other Coastal City In Mexico Has More Blue Flag Beaches

As reported by our sister website, The Cancun Sun, no other coastal destination in Mexico has more ‘Blue Flag’ beaches than Cancun. The status, which is the highest a natural landmark within this category can achieve, is only awarded to those with the best quality standards and environmental controls, also serving as an unofficial ‘safe for tourism’ badge.

A huge part of Cancun’s global fame has always been attributed to its pearl-white sands and warm, turquoise-colored seas, though the city’s visible transformation in light of mass tourism has been an ongoing concern for environmentalists. They are often critical of the Government’s development plans, particularly the upcoming Tren Maya, and have shown skepticism at their promises to protect the surrounding nature.

As it turns out, their apprehensiveness is unfounded, at least when it comes to the preservation of marine life, after seven beaches in Cancun were awarded a Blue Flag certificate at an event recently held by the Foundation for Environmental Education (FEE) in Playa Delfines. This proves the city has managed to maintain the beachfront perfectly clean in spite of the overwhelming number of visitors.

Officially, Cancun outnumbers Los Cabos and Puerto Vallarta, its partners in the triad of Mexico’s world-class destinations, as well as any other beach hub when it comes to Blue Flag beaches. For months on end, authorities have worked around the clock to ensure the Pearl of the Caribbean wouldn’t lose its sparkle amid the landfall of sargassum and a rise in crime.

This year, the Quintana Roo Government has surely stepped up its game when it comes to improving the tourist experience. Over the summer, 300 army soldiers were deployed to keep visitors safe, despite the fact that violent incidents occur almost exclusively in suburban areas, while beach cleaners worked tirelessly throughout the fall to manually remove the dreaded seaweed.

Few destinations value tourism as much as Cancun does, a quality recognized by Joaquín Díaz Ríos, head of the FEE. According to Ríos himself, Cancun is Mexico’s ‘Blue Flag capital’, meaning it has passed all the cleanliness, safety, and water quality tests with flying colors. More specifically, the below spots have attained the honor:

This will undoubtedly prove challenging, considering Cancun is close to selling out for the peak season, with occupancy reaching 95% and packed beaches equal littering. In preparation for the phenomenon, more than 150 full-time cleaners have been hired to ensure beaches look pristine at all times, on top of increased surveillance by patrol units.

Winter is fast approaching, and you can certainly expect the Pearl of the Mayan Riviera to get busier by the minute. This may involve waiting longer in line arriving at the airport, finding it more difficult to arrange a hotel transfer unless you have pre-booked one ahead of traveling, and even staying in a sub-optimal location far from the trendy Hotel Zone due to low room availability.

Remember: if overtouristed destinations are not a big turn-off for you and a Blue Flag-certified Cancun remains your dream getaway, you should be booking that vacation package right away before rooms and airplane seats sell out. Other destinations in Mexico close to being booked up this winter are Playa Del Carmen, south of Cancun, and the insular municipality of Isla Mujeres.