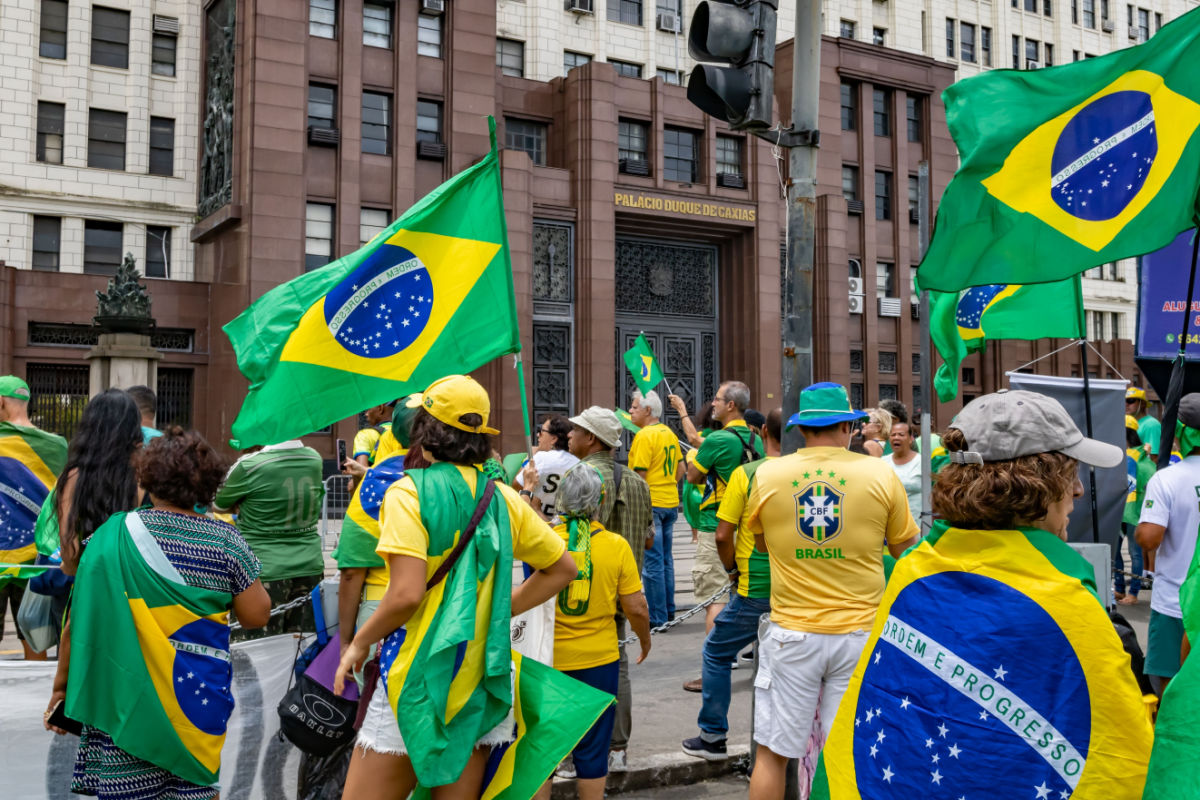 Civil Unrest In Brazil: Is It Safe To Travel Right Now?

Many travelers are currently wondering whether or not they should cancel their upcoming trips to Brazil. On Sunday, thousands of protesters stormed into Brazil’s Congress, the Supreme Court, and the presidential palace to protest the new president that was sworn in on January 1. The protests have been compared to the January 6 assault on the U.S. capitol in 2021, with many travel advisories around the world updating their sites to exercise a high degree of caution when traveling.

Travel advisories have asked travelers to avoid certain areas in the federal capital, Brasilia, where clashes between protesters and security forces may take place, such as the Plaza of the Three Powers, Brazilian National Congress, Rodoviaria, and other government buildings.

“Demonstrations take place regularly (in Brazil). Even peaceful demonstrations can turn violent at any time. They can also lead to disruptions to traffic and public transportation,” stated the Government of Canada travel advisory. “Protests can cause delays on main roads, including to airports, such as to the Guarulhos International Airport in São Paulo. Demonstrations tend to increase in frequency and intensity during major events that attract foreign visitors.”

We have updated our travel advice for #Brazil due to demonstrations in #Brasilia. More details here ➡️ https://t.co/ltlPJLHWur pic.twitter.com/gqdYAUG06q

Why Are There Protests In Brazil?

Last year, Brazil held a national election that brought back leftist and former President Luiz Inácio Lula da Silva (known as Lula) into power, which beat the then-current far-right President Jair Bolsonaro. The election results were tight, with a less than 2% margin of victory going toward Lula. Bolsanaro claimed that fraud had taken place in the election and refused to concede, which prompted his supporters to protest and call for the Brazilian army to restore Bolsonaro’s power since they believed the election was stolen.

A week prior to the new president being sworn in, police found an improvised explosive device close to Brasilia International airport. The individual was said to have planted it there to provoke the army to intervene and stop the inauguration, which was not successful.

On Sunday and over a week since Lula was sworn in, the civil unrest reached a boiling point when thousands of protesters showed up at Brazil’s Congress, Supreme Court, and the presidential palace and smashed windows, set fire to carpets, broke objects, and clashed with police.

The police were able to restore power after a few hours of the rioters being inside the building, but Lula has accused police of “incompetence or bad faith” and not reacting to the attacks quickly enough, suggesting that some may remain loyal to Bolsonaro. Brazilian authorities are now taking legal action against the protesters and will be holding them accountable, and Lula has just signed an official order for the federal government to take control of security for the district.

They stormed Brazil's National Congress and set fire to the carpet. They attacked presidential offices, rifled through papers and tried to barricade themselves inside. Videos show Jair Bolsonaro's supporters rioting in Brazil’s government offices. https://t.co/dpVKpXYIdo pic.twitter.com/eMDQGA0rpf

Should I Be Concerned About Travel To Brazil?

Travel advisories suggest that the risk of protests could impact the availability of flights, but at this stage, flights have not been impacted. The large-scale protests have been concentrated in Brazil’s federal capital, Brasilia (located under 2 hours from Rio de Janeiro by plane), so it is advised to avoid areas where federal buildings are located and areas where there will be large group gatherings.

Currently, the U.S Travel Advisory has put Brazil in a Level 2 category, which is “Exercise increased caution.” This is the level prior to “reconsider travel,” and it caveats that some areas have increased risk.  As with any other country experiencing civil unrest, it is recommended to monitor the media and keep up to date with travel advisories, follow instructions from authorities, and stay away from areas that are likely to be targeted for protests.

Outside of what is currently happening over the presidential elections, it is recommended by travel advisories that you must always exercise increased caution in Brazil due to the high level of crime in the country, especially in areas within 100 miles of Brazil’s land borders, informal housing developments, and Brazil’s administrative regions at night.

“Violent crime, such as murder, armed robbery, and carjacking, is common in urban areas, day and night,“ states the U.S. Travel Advisory. “Gang activity and organized crime is widespread. Assaults are common. U.S. government personnel are discouraged from using public, municipal buses in all parts of Brazil due to an elevated risk of robbery and assault at any time of day, and especially at night.”