Merida is the capital of the state of Yucatan, itself situated in the northern part of the Yucatan Peninsula. The two get confused as, while Cancun is in Yucatan, it’s in the different state of Quintana Roo. Indeed most people’s experience will be of Cancun’s tourist resorts but Merida feels like the real Mexico. Just four hours away, on the other side of the peninsula, it’s really the cultural capital of the entire region. Something new for 2022 is  the “Sabores de Yucatán” Festival, designed to highlight the diversity of food on offer here. 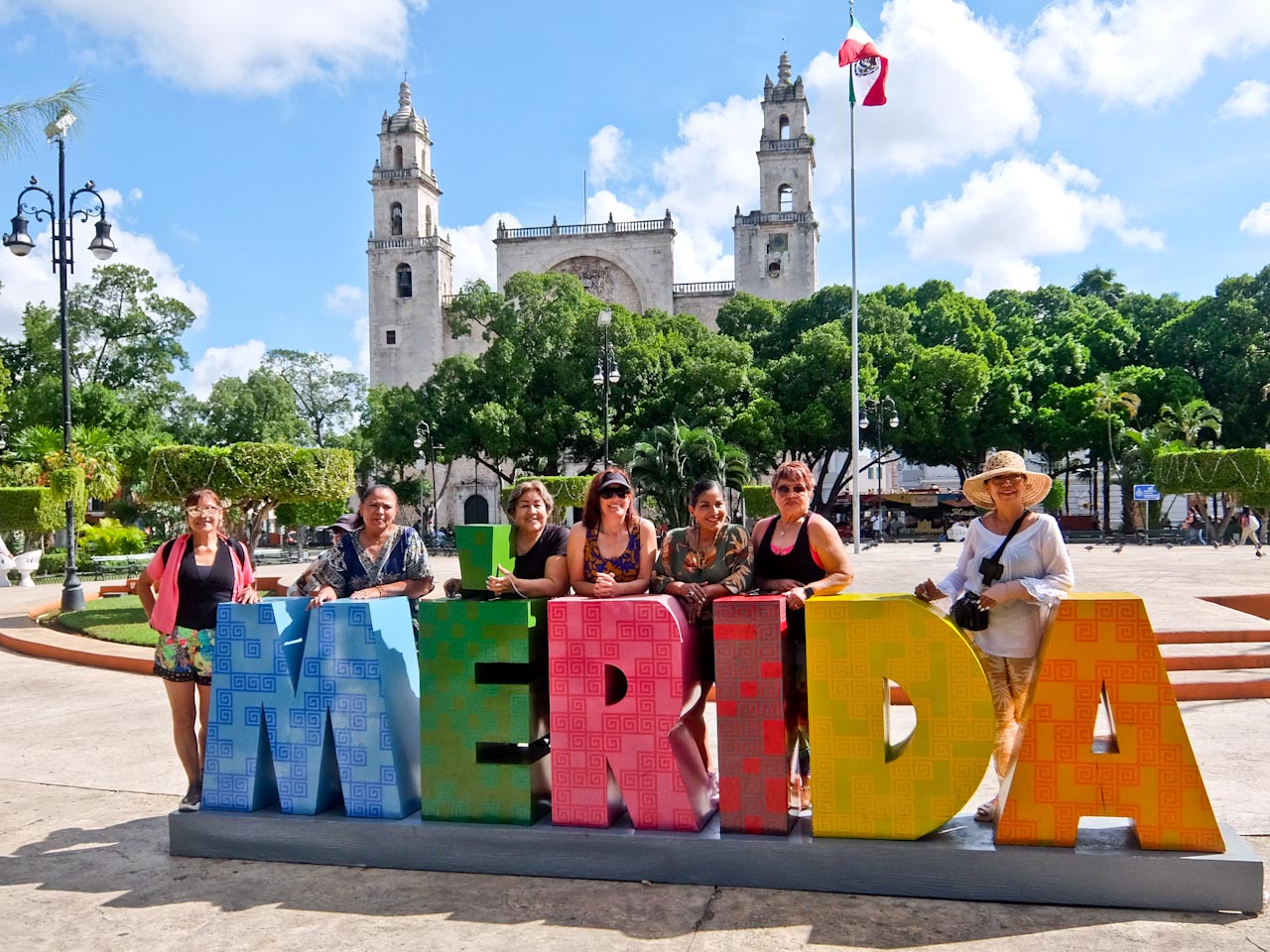 Merida is called “La Ciudad Blanca” because of its white limestone buildings and its historic centre is a network of narrow streets, colonial churches and leafy squares. Everything is centred around the Plaza Grande, the hub of city life, overlooked by the massive Catedral de San Ildefonso, the Palacio Munipal and the Palacio de Gobierno. There are also couple of former palaces now transformed into museums.

Merida is also the gastronomic capital of Yucatan and its thriving markets are some of the best places to sample traditional Mayan cuisine. Highlights include Sopa de Lima, a chicken broth with local citrus, Poc-Chuc, pork with tomatoes, onions and spices, and Cochinita or Pollo Pibil – suckling pig or chicken marinated in citrus juices and achiote, covered in banana leaves, and then slow-cooked in an underground pit. 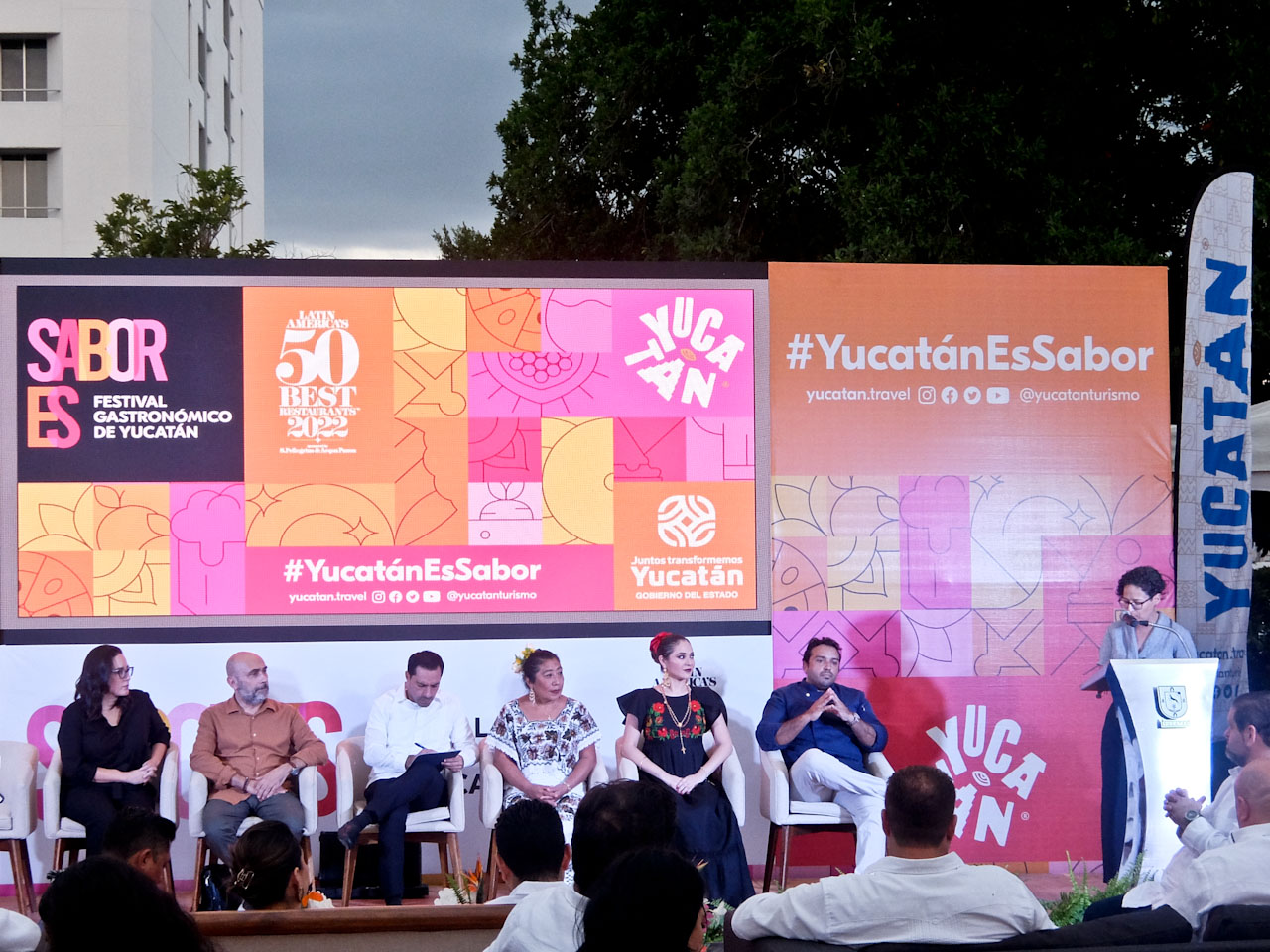 Opening of Flavours of Yucatan

I’m here for the very first “Sabores de Yucatán” Festival showcasing the interaction between ancient Yucatecan culinary traditions and new contemporary trends. It runs for five days and features culinary tastings, gastronomic talks, and master classes by some of the world’s best chefs.

After the opening ceremony, I set off on the Circuito Calle 47 walking safari – the idea is to try a dish in seven different restaurants, all grouped together on the same street. The cuisine is not just Mexican but includes Japanese Fusion and Italian Pizza. I eat in Micaela Mar y Leña, El Catrin, 130° Steakhouse, Oliva, Yakuza, Te Extraño and Pizza Neo. It’s designed to show the wealth of dining that Merida can offer and certainly succeeds.

Good as the food safari is, I’m keen to try some traditional Yucatan delicacies so the next day I travel to Aldea Xbatún near Valladolid. This is about as authentic as it gets as it’s the home of Doña Irma and her Mayan family. They cook with a wealth of local ingredients, including those that they grow in their garden. When I arrive, they are already lowering their Pollo Pibil into a pit full of glowing charcoal. They cover it with banana leaves, then sacking and earth, and let it slow cook.

It will take a few hours before its ready so I’m taught how to make Sikil P’aak – a chunky salsa of ground pumpkin seeds, roasted tomato purée, habanero chilly, lime, coriander, and onion. I also put together Dzotobichay Tamales (rolled corn dough), with ground pumpkin seed, topped with Chaya leaves and onion. It’s all quite time-consuming and soon I hear the Pibil is cooked.

Everyone gathers round as it’s hauled out of the ground, almost something of a ritual. As the banana leaves are lifted the aroma of cooked meat suddenly fills the air. We each get a portion and the taste is slightly acidic, not spicy, the meat juicy and soft. It’s perfect on a taco with some pickled onion and a dash of habanero salsa.

Yucatan is one of the world’s largest producers of rare Melipona honey and next day I travel one hour to Sinanché, located, between Motul and San Crisanto. There I meet Benigno Ramírez who tells me that, unlike the classic honey bee, Apis mellifera, the Melipona beecheii have no sting. They’re unique to Latin America and have been reared in hives known as Jobones, traditional wooden boxes, for over three thousand years.

Scientific studies have shown that it has more antioxidant and inflammation-reduction properties than honey produced from stinging bees. It also contains more fructose than glucose, and the texture is more watery than typical honey, and less prone to crystallization. The honey was used extensively by Mayan healers to treat eye, ear, respiratory, digestive, and postpartum conditions, and still is use in many Yucatán communities today

I can’t resist a tasting and certainly, it looks different, slightly silky, more like syrup. In the mouth, there are umami and acid notes, a sort of sweet and sour, not all what you’d expect. It’s not cheap as the yield from the stingless bees is a 20th of their stinging counterparts. International chefs including René Redzepi have been drawn to its special qualities and you can understand why. 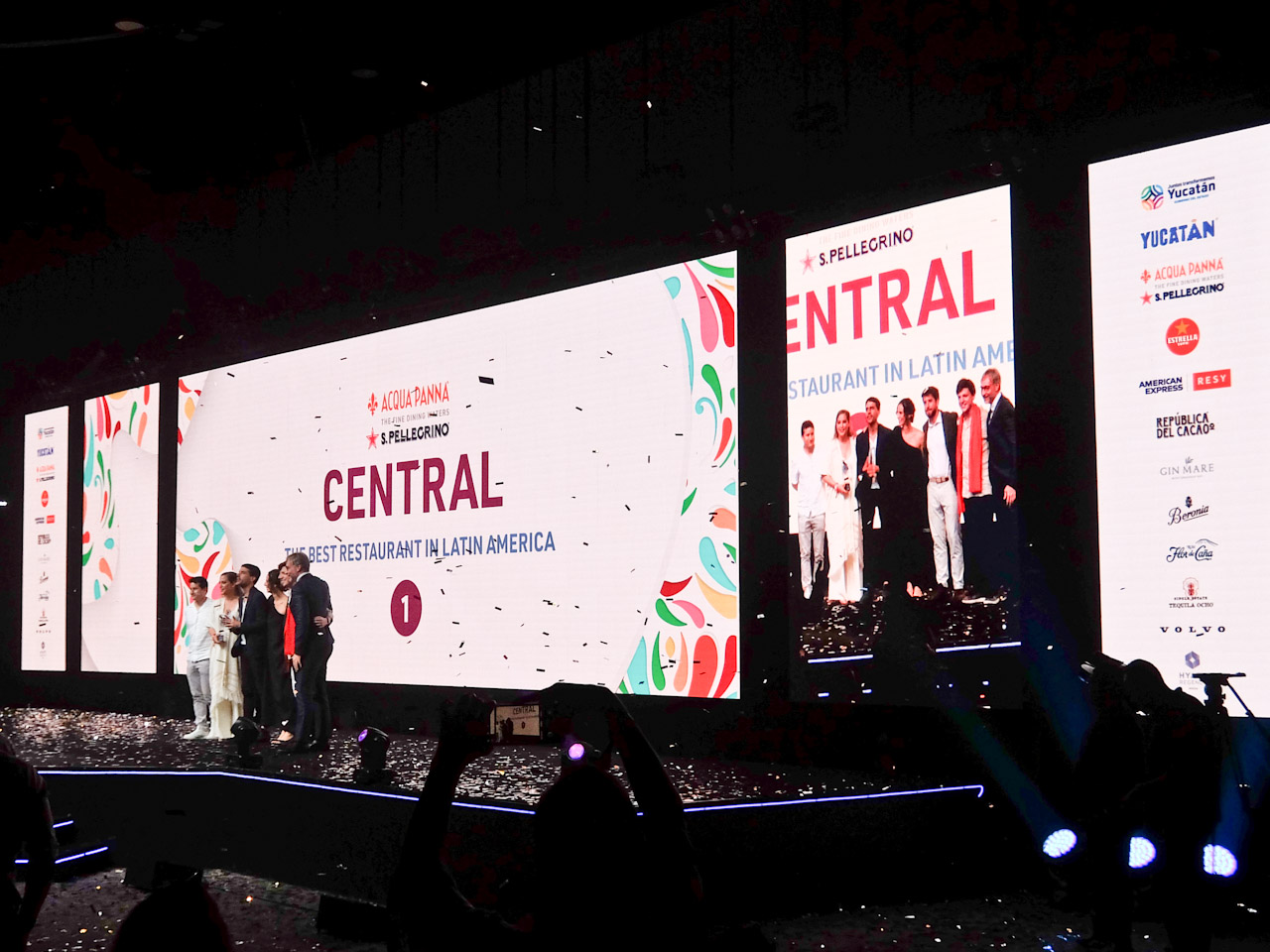 At the end of the festival, Merida is the venue for the announcement of  Latin America’s 50 Best Restaurants 2022, the first such ceremony since 2019. This year, the list has grown to 100 to reflect the growing diverse culinary cultures of the region. As well as some of the hopeful chefs, global superstars like Jordi Roca of Girona’s Can Roca, Osteria Francescana’s Massimo Bottura and Dabiz Muñoz, of Madrid’s three Michelin-starred DiverXO are here to add support.

The winners include Mexico, with twelve entries spread across seven cities, followed by Brazil with ten (including seven from São Paulo. However, Peru is judged best overall with four entries in the Top 10 with Central in Lima hanging on to the first place. I’m particularly gratified to see Quito’s restaurant Nuema, run by chefs Alejandro Chamorro and Pía Salazar coming in at number 24. Pia is also awarded Latin America’s Best Pastry Chef.

No restaurant in Merida made the list but judging by the quality of food I ate, including at Astro Bistro and Teya, it can only be a matter of time. Refettoria, set up by Massimo Bottura and Lara Gilmore, is now celebrating its first anniversary in a characterful colonial building. This is no ordinary restaurant, rather it transforms surplus ingredients into nutritious and nourishing meals for the needy, including rough sleepers.

During my visit, I get to sample the food and meet the volunteers. Even super chef Massimo, himself, is carving off chunks off a giant wheel of Parmesan, dribbling it with Balsamico, and handing it out to all.

INFO: Yucatan Travel has information about Merida and the state.

Latin America’s 50 Best Restaurants has details of the awards.

STAY:  Camino Real is a comfortable location on the outskirts of the city.