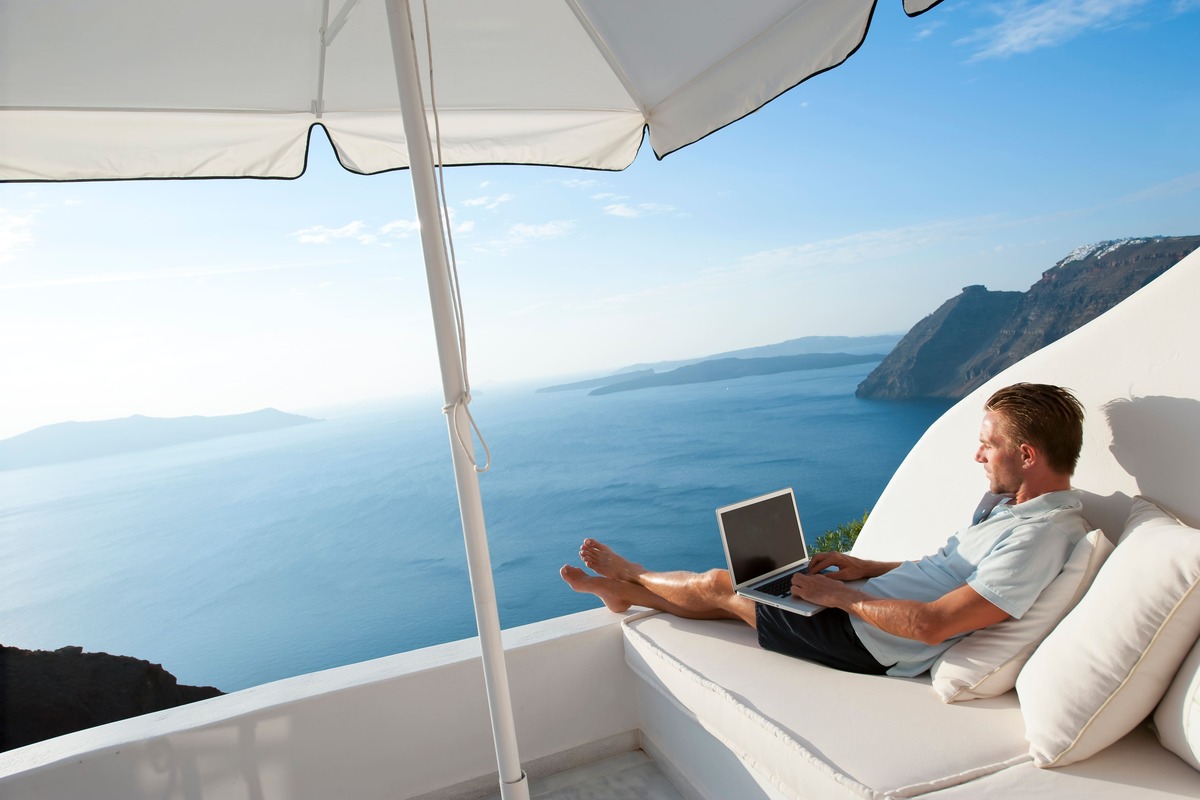 Greece Has Launched A Digital Nomad Visa, But Is It Worth Applying?

Greece is the latest European country to introduce its own Digital Nomad Visa (DNV), aimed at opening up a migration route for remote workers – but how easy is it to apply? What is the financial threshold? Are they realistic to meet? And most importantly, is a three-month, visa-free stay enough time to experience Greece as a nomad?

With a History spanning several millennia, the Hellenic Republic is the birthplace of democracy, political science, Western philosophy, and so on. Despite its status as an open-air museum, it does not cater exclusively to Historophiles: its unique geography comprises numerous paradisaical islands, breathtaking mountainous scenery, and inland lagoons.

Luckily for nomads, Greece is welcoming them with open arms as long as they are able to meet certain requirements:

To sum it up, Greece’s Digital Nomad Visa is not the most affordable in the market. Like most of Europe, the nation has set some stricter criteria upon launching their DNV, in comparison to other sunny destinations in the Western Hemisphere, like Costa Rica or Colombia, the latter of which expects applicants to earn only U.S. $684.00 per month.

Needless to say, Europe’s financial threshold is far higher, particularly that of European Union (EU) nations. The bloc has historically been tough on immigration, and although it acknowledges the economic benefits of nomadism, with a record number of EU members launching visas for the category this year, their screening process remains rigorous.

Greece is no exception: according to Law 4825/2021, which paves the way for the issuance of DNVs, in order to be eligible, remote workers must work for a company registered outside of Greece or as an entrepreneur whose income originates entirely from abroad, with earnings of at least €3,500 per month.

This is where things start to get trickier.

In order to prove their status as a remote employee, nomads must submit proof of a work contract established outside the Greek territory, either for an ‘indefinite period’ or a ‘fixed-term’ encompassing the duration of the visa itself. Self-employed nomads must also disclose their earnings and produce any contracts or payment slips that may support their application.

Additionally, those hoping to bring their partners, children, or any ‘dependents’ can expect the financial requirement to increase. As defined by the law, monthly costs rise up to 20% to include a spouse and an additional 15% per child. A Greek DNV is normally issued for up to twelve months, subject to renewals if the visa holder intends to prolong their stay.

Effectively, in order to apply for this visa, Americans must tick all of the boxes below:

Naturally, they must not be citizens of an EU member state, EEA (Norway, Iceland, Liechtenstein), or Switzerland, as they already enjoy freedom of movement rights in Greece, being allowed to take up residency without any requirements other than proof of nationality. If you’re an American who’s eligible for an EU/EEA/Swiss passport, you could alternatively apply for one.

Should You Apply For The Greek DNV Or Enter As A Tourist?

Greece is one of Europe’s most popular sunny getaways, being highly sought after both for its scenic Aegean islands surrounded by crystal-clear waters and cultural wealth. The capital city of Athens, an ancient city-state, the cradle of Western civilization, is on the bucket list of millions, as do the traditional whitewashed churches of Santorini with their blue dome.

From the westernmost Ionian islands to the Dodecanese archipelago off the coast of Turkey, there are enough landmarks in Greece to keep you busy for months, if not years. When it comes to opting for a DNV instead of a three-month entry stamp, it all boils down to the comfort of being allowed to remain and travel within Europe without restrictions.

Greece is part of Europe’s Schengen Area, which means it has abolished border controls with 25 other countries, including France, Italy, and Spain. While this is great for tourists, who are exempt from identity checks traveling inside Schengen, they are only allowed to remain for up to 90 days out of every 180-day period.

If you’re a digital nomad entering Greece visa-free as a tourist, in hopes of staying three months, you will need to exit not only Greece at the end of this period but the entire Schengen Area. To put it simply, you cannot re-enter (most of) Europe until a further 90 days have elapsed, and this could pose a barrier to your long-term travel plans in the continent.

There are countries outside Schengen where you can wait for the clock to reset, such as the neighboring Albania, where Americans are welcome for up to one year without a visa, or the Balkan gem of Montenegro, part of the Dalmatian Coast. East of Greece, you will find a super trendy Turkey and even the Greek-speaking country of Cyprus, all non-Schengen states.

As an actual nomad without a fixed residency in any European country who’s country-hopping in and out of the Schengen Area, there are certainly some options to be considered to ensure you don’t overstay a tourist visa. However, if being permitted to reside continuously in Greece and the wider Schengen Area sounds more appealing, then a DNV would be advised.

The Greek DNV Grants You Year-Round Access To Schengen Europe

Holding a Greek DNV, you have unlimited, all-year-round access to both Greece and any country signatory to the Schengen Agreement. It is worth noting the DNV law explicitly states that absences from the country for a period of more than six months per year may hinder the renewal of the residence permit.

As Greece maintains no border formalities with its fellow Schengen partners, we do not know for certain whether this applies to intra-Schengen travel or only visits to third countries outside the European space. For more information, you should contact a Greek Consulates in your country of residence.

Pros of the Greek DNV

Cons of the Greek DNV

What Are Some Of The Best Cities/Islands To Base Yourself As A Nomad In Greece?