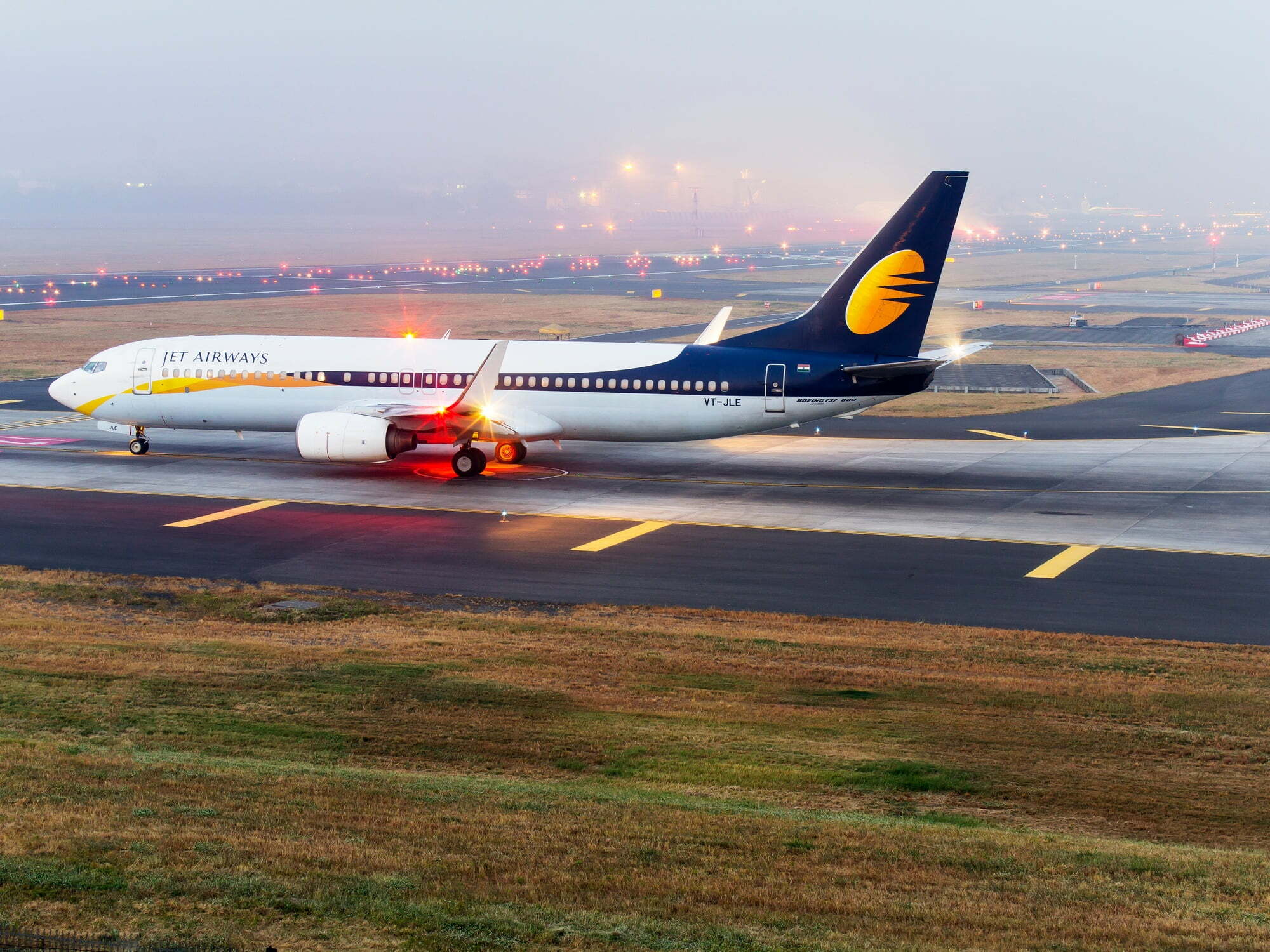 Grounded, no more! Jet Airways is back, to resume operations in early 2022

In a historic milestone for the aviation industry in India, one of its biggest former aviation players, Jet Airways is set to resume domestic flight operations in the first quarter of 2022. The airline will restart operations with New Delhi-Mumbai flight, said the Jalan Kalrock Consortium in a recent statement.

UAE-based businessman Murari Lal Jalan, who is the lead member of the London-based Jalan Kalrock Consortium, said that the airline will start short international flights by the second half of the year. It could either be in the third quarter or fourth.

“Our plan is to have 50+ aircraft in three years and 100+ in five years which also fits perfectly well with the short-term and long-term business plan of the consortium,” Jalan said. “It is the first time in the history of aviation that an airline grounded for more than two years is being revived and we are looking forward to being a part of this historic journey,” he added.

Crippled by mounting losses, the airline, once India’s biggest private carrier, was forced to ground all flights in April 2019, owing billions to lenders and leaving thousands without a job. However, a revival plan for Jet 2.0 got final approval from the National Company Law Tribunal (NCLT) earlier this year.

As of now, the company is working closely with authorities and airport coordinators to finalise slot allocations among other things. For starting domestic operations early next year, the company will lease a fleet of narrow-body aircraft.

“The process of reviving the grounded carrier is on track with the existing Air Operator Certificate (AOC) already under process for revalidation. The consortium is working closely with the relevant authorities and airport coordinators on slot allocation, required airport infrastructure, and night parking,” the consortium said.

On the fresh hirings, acting Jet Airways CEO Sudhir Gaur said: “Jet Airways has already hired 150+ full-time employees on its payroll, and we are looking to onboard another 1,000+ employees FY 2021-22 across categories.”

In its new avatar, Jet Airways will be headquartered in Delhi NCR with its senior management working from the Corporate Office at Gurgaon.