Kyushu is the third largest island in Japan and the most south-westerly. At its centre is Mount Aso, one of the largest active volcanoes in the world. The seismic activity means that there are hot springs everywhere, greatly prized for their medicinal properties by the Japanese, offering treatment for diverse ailments such as anaemia, poor blood circulation, and liver trouble. I’m here to immerse my body in onsens, natural hot spring baths, hoping for a therapeutic experience rather than any kind of healing.

I start in Oita Prefecture, east of Kumamoto, home to more than 4300 hot springs, and arrive in the town of Beppu. It’s by the sea, on the east coast and backed by steep forested mountains. Every day around 130 million litres of hot water gushes from 2,909 volcanic vents, creating dense plumes of steam that makes you think the town is on fire. For the Japanese, this is the centre of onsen culture, with eight different springs serving hundreds of baths.

The suburb of Kannawa, in the centre of the resort, is where most of the onsens are clustered, and there’s a choice ranging from basic public spaces to luxury pools in upmarket Ryokan, traditional Japanese hotels. There’s a definite holiday atmosphere here and bursts of steam emerging from mineral encrusted pipes add a surreal quality. The hot water is not only for bathing but also used for cooking. A local delicacy is eggs steamed for 20 hours, which emerge blackened with a distinctive smoky flavour.

I try a restaurant where you buy your raw ingredients ready-packed then take them over to the natural steam ovens. You’re given a timer so you don’t overcook them and I feast on steamed sweetcorn, sweet potato, cabbage and pumpkin. Particularly delicious are the chicken and pork belly, but I’m not partial to pizza done this way – dripping soggy cheese topped with prawns seems bizarre.

Another attraction around town is the steaming hot ponds where the water is too hot to bathe. They’re known as Jigoku or Hells, and come complete with coachloads of Korean tourists led by guides with show-stopping patter. You take your pick from the boiling blue Umi Jigoku (Sea Hell), Kamado Jigoku (Oven Hell) with dragons and demons overlooking a lake and Tatsumaki Jigoku (Waterspout Hell), where a geyser performs regularly.

The ultimate spin on the onsen experience is a traditional sand bath. You lie in a pit by the sea and the staff cover you in sand warmed by the hot spring water. You’re buried right up to your neck, unable to move, but after 15 minutes sweating it out, they dig you out and shower off the sand. It certainly beats British bucket and spade holidays.

I’m keen to get out into the countryside so I head upward towards Mt Aso in Kumamoto Prefecture.  I make a stop at Yufuin, around 10km inland, really just one main street, on the side of the river, overlooked by the distinctive twin peaks of Mount Yufu. This is another onsen town with foot baths on the station platform to soak your feet while waiting for the train and Ryokans dotted among the paddy fields.

I climb up into the mountains and enter the Aso Kujū National Park, leaving the trees behind to reach the extensive grasslands of Kusasenri plateau. They’re a brilliant autumn yellow, dotted with grazing cattle and horses.

The Daikanbo lookout is perched on the edge of Mount Aso’s original volcanic crater, 25km wide, covered in a fertile patchwork of rice fields, with clusters of villages. In the centre are the five peaks of Mount Aso with Mount Naka obligingly billowing smoke as I watch. The last eruption was as recent as November 2019.

I’m heading to the village of Kurokawa Onsen, around 20km north, where I’ve heard they’ve kept development to a minimum. It sits at 700m, attractively situated in a forested valley, with the river running through the centre. Natural colours dominate and there’s no concrete, just wooden buildings, earthen walls and stone stairs. Tall cedars overlook my path down to the village and in late autumn the leaves are turning, the maple a brilliant red.

There is 29 Ryokan here, all with their own onsens, on either side of the valley, linked by narrow footbridges. What’s special is that most of the baths are in the open air, nestling under the maple and bamboo, close to the gushing river. I buy a special onsen pass, called a ‘Nyuto Tegata’, made of a thin slice of Oguni cedar, which costs 1300 yen (around £9).  It’s good value as it gives entrance to any three baths which normally cost 500 yen.

So armed with a map, with my Nyuto Tegata around my neck, I slip into a Yukata Robe and Setta Sandals and set out on an onsen crawl. My wandering takes me down narrow lanes, lined with teahouses, past traditional shrines, always staying close to the river. I’m slightly spoilt for choice as my pass is valid for 3 out of 24 and I have no way of seeing the pools before I enter.

Still, somehow I manage to choose those which are completely deserted with the only sound, the birds and tinkling water.  Some have views of the river and waterfalls, others are large natural rock pools but all are embedded deep in nature. The water temperature is around 40℃ and even in late autumn, it’s perfectly comfortable bathing naked. I revel in the ultimate onsen experience – so much so that I find it difficult to get out of the water.

FLY: ANA and JAL fly from Heathrow via Tokyo to Oita.

Hotel Yanagiya in Beppu has its own Onsen and serves excellent food.

Miyama Sansou is a luxurious resort near Kurokawa

PACKAGE: JTB Europe has a 7-night package which includes economy flights from London to Tokyo, domestic flights to Oita plus transfers, 3 nights in Tokyo, 2 nights in Beppu, 2 nights in Kurokawa Onsen and 5 days car hire in Kyushu. Price from £1,950 per person based on 2 sharing. 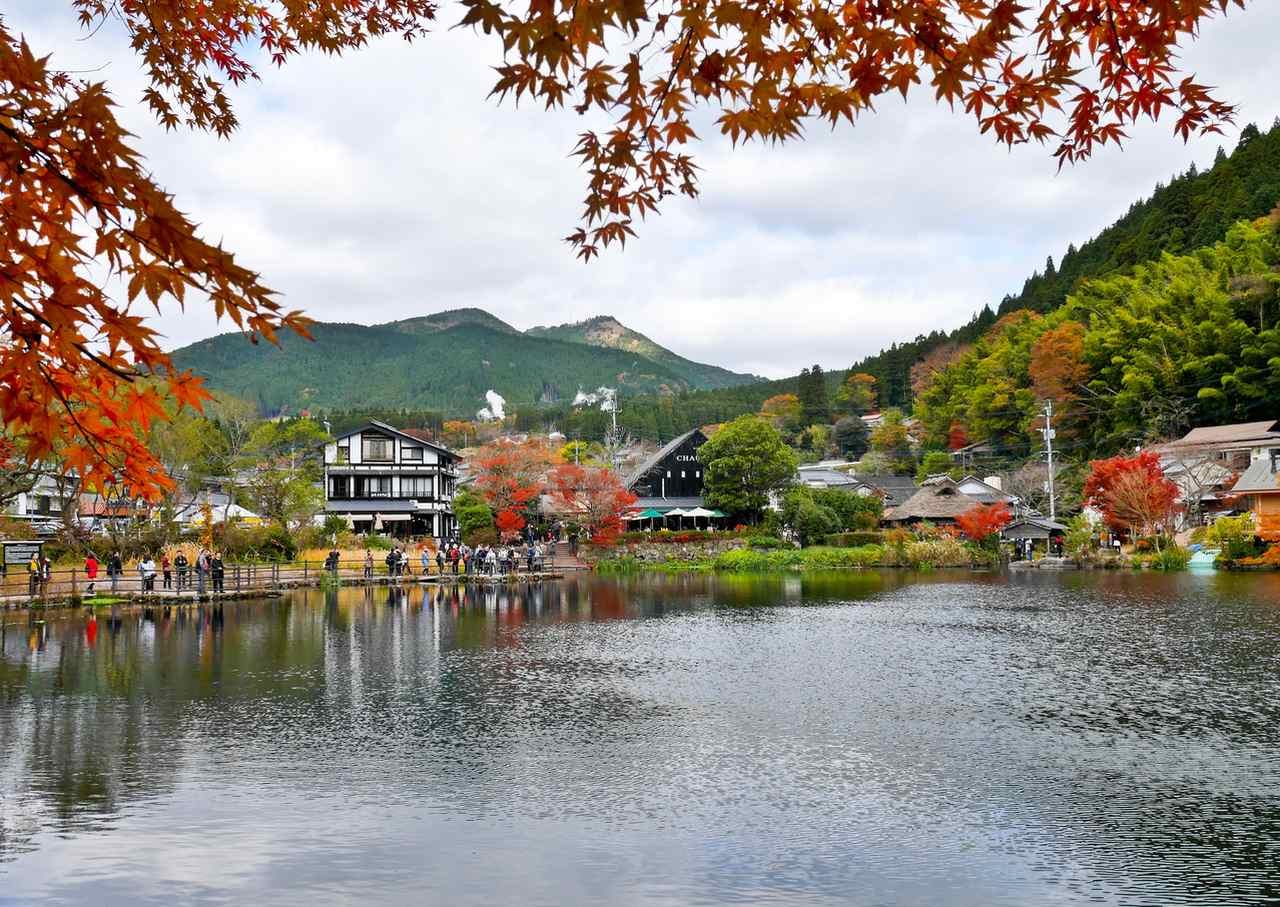 What does tea tree oil do for our skin and even our lifestyle?

Things to Do and See Around Danang, Vietnam

The Lion Defenders of Ruaha