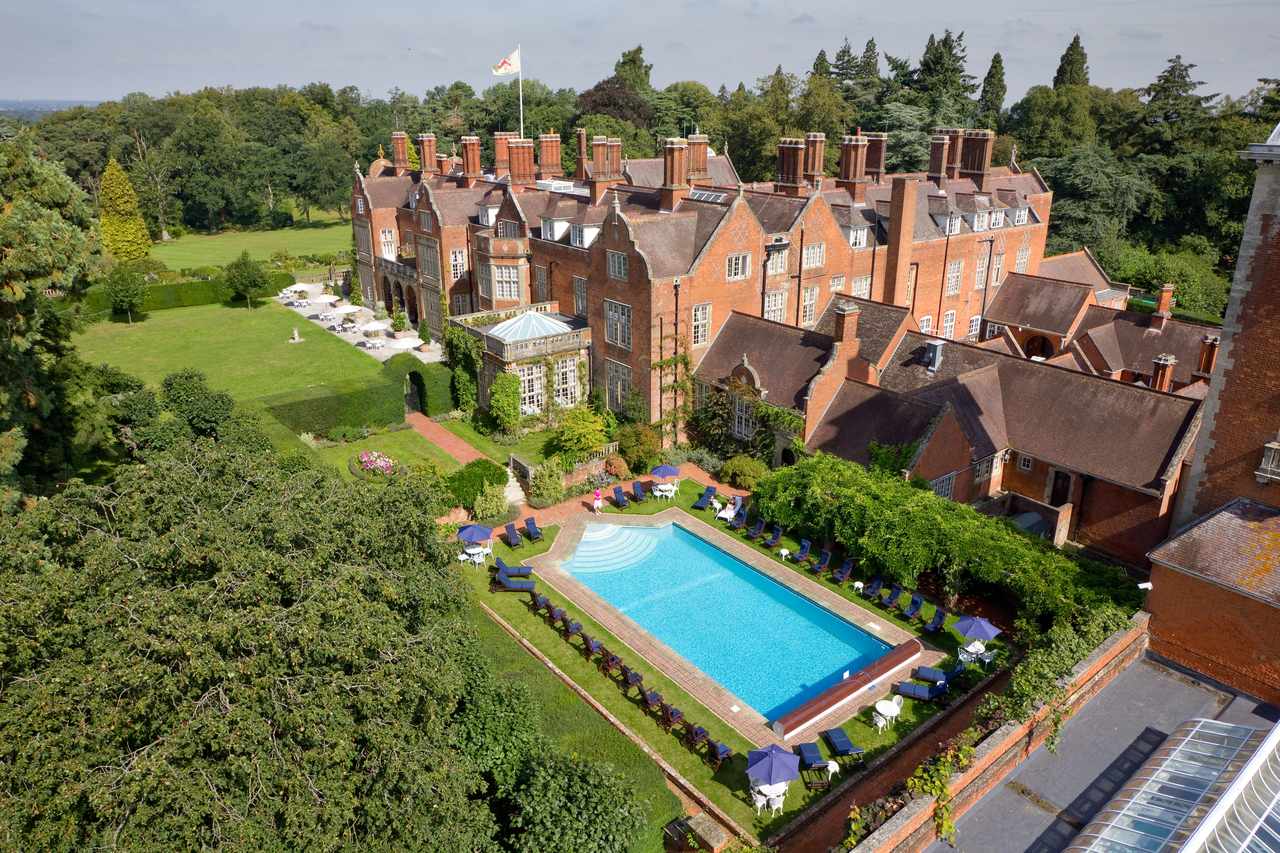 It’s a longish, well-manicured, tree-lined winding driveway leading to the imposing Victorian, Grade II listed Tyney Hall hotel. The former stately home of Lord Windlesham and then Lord Rotherwick once served as the HQ of a shipping line, after which Tylney Hall became a school.

Eventually, in 1985 it became a hotel. The interior is as stately as a stately building can be, with plenty of wood panelling, marble fireplaces, a sweeping staircase, portrait paintings, and high ceilings, many of which are artworks in themselves.

The most magnificent ceiling, an original feature, is the dark blue and gold hexagonal ceiling in the Italian room. They imported the ceiling from the Grimation Palace in Venice, and it is a vision worth tilting your head back for a moment or two to admire. 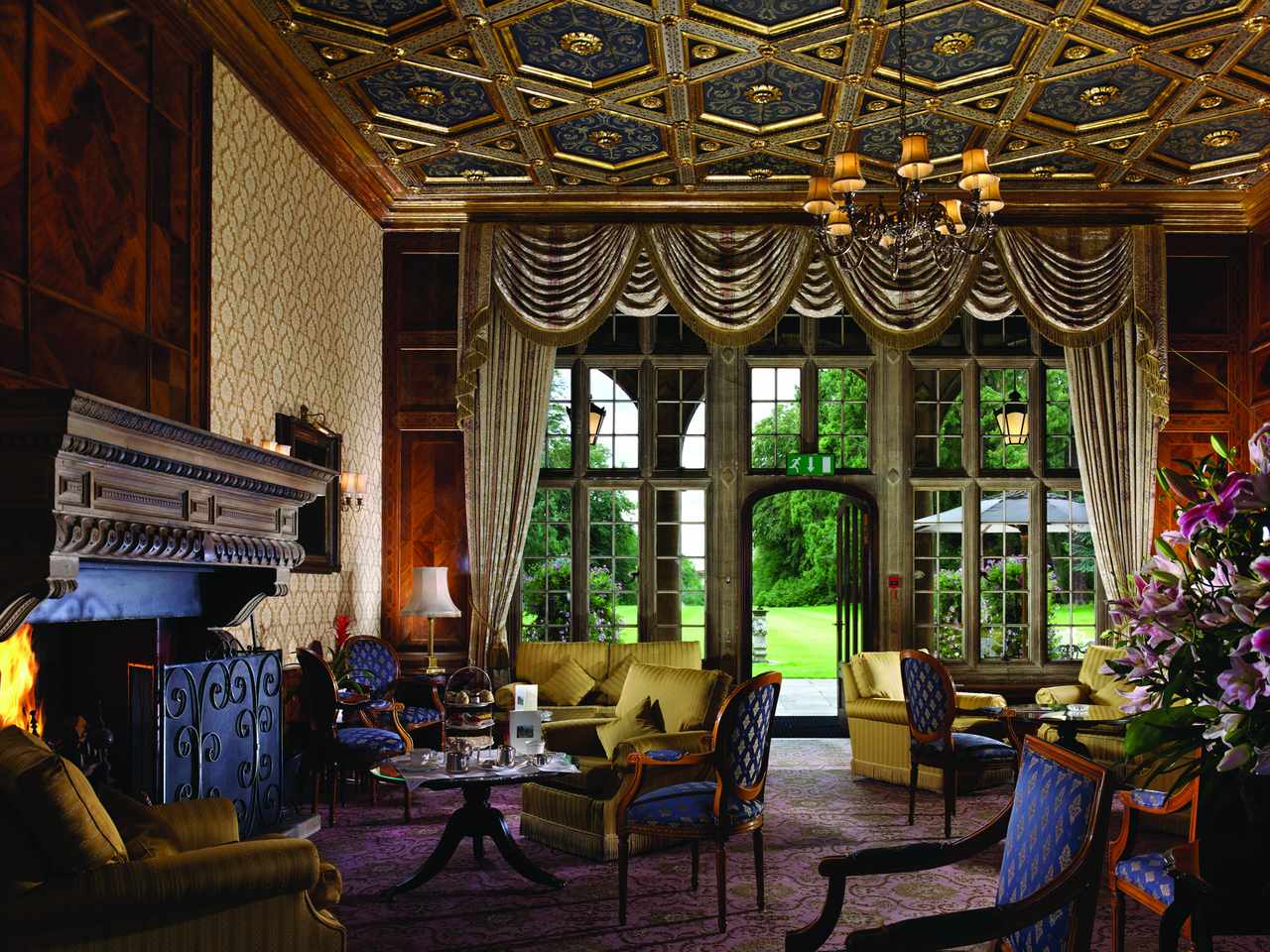 The Italian lounge with its exquisite ceiling

I got there one sunny day for a 3.30pm check-in, but a bumper evening the night before. – I think a wedding party may have been the culprit – meant a 30-minute delay for me.

Reflecting on what a romantic environment Tylney Hall is, I  took tea on the terrace and enjoyed the views over gorgeous lawns and gardens while I waited. 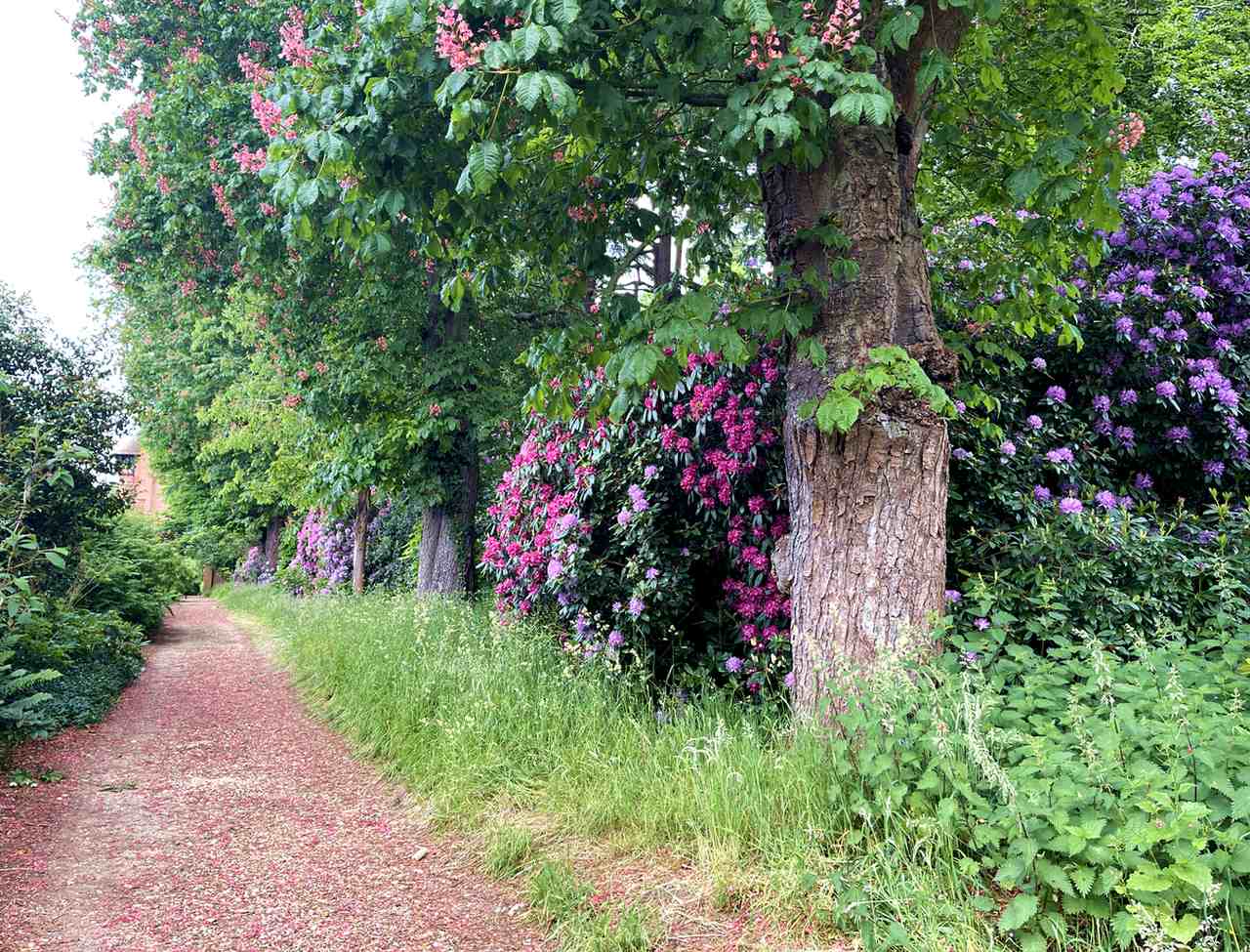 And there’s plenty to admire within its 66 acres of grounds, including an Italianate garden, a walled garden and a couple of beautiful lakes. I lost myself for quite a while just ambling around those grounds.

When romance is in the air, this hotel surely beckons. It’s for couples, family get-togethers, or just a night away from home for a cheeky change of scene.

Tilney Hall has 113 rooms some are in the main house, others around the grounds, all located in pretty surroundings. Mine was Lord Rotherwick (room 6) in the main house, an extremely spacious bedroom. It comes with a lovely marble bathroom with both a free-standing bath with a gorgeous view and a wet room shower. The balcony is a beautiful place to drink an early morning espresso.

Meals are served in the opulent Oak Room Restaurant, though room service is available. Breakfast is a buffet with fruit, cereals and pastries with two cooked options: a Full English (I had the veggie version) and porridge. The dinner menu offers five starters and seven mains. I chose the slow-cooked cod fillet with batter scraps, tartare butter sauce and minted peas. The main meal was a very flavoursome, juicy corn fed chicken breast, tarragon and motel mousse “faggot”, peas, broad beans, a herb emulsion and crushed jersey royals.

I spotted a Chateaubriand that came with hand-cut chips, bearnaise sauce and stuffed mushrooms at £85 per couple. Unfortunately, I was on my own that day.

Thee’s plenty going on at Tlyney Hall. The spa offers five treatment rooms and a menu of treatments and a fully equipped gym, a sauna and a whirlpool.

There are two beautiful pools one indoor and the other outdoor and both are heated. You could try your hand at tennis at the outdoor tennis court or swap the racket for a mallet and play croquet on the lawn instead.

Or swap that for snooker cue and enjoy a round of snooker. However, if it’s a short stay, explore the grounds. They are so vast you can actually book a tour or go it alone with a map you can pick up from the concierge.

Incidentally, dogs are welcome too.

What is near to Tylney Hall Hotel?

The quaint village of Hook is nearby, and you could visit the Pennybridge Farm Alpacas and spend time with these odd-looking but friendly animals. Or pop into the ruins of Oldham castle just over two miles away.

Tylney Hall Hotel is in the Hampshire countryside near the quaint village of Hook. It’s unlikely that you will want to leave the hotel as you will be too busy relaxing.