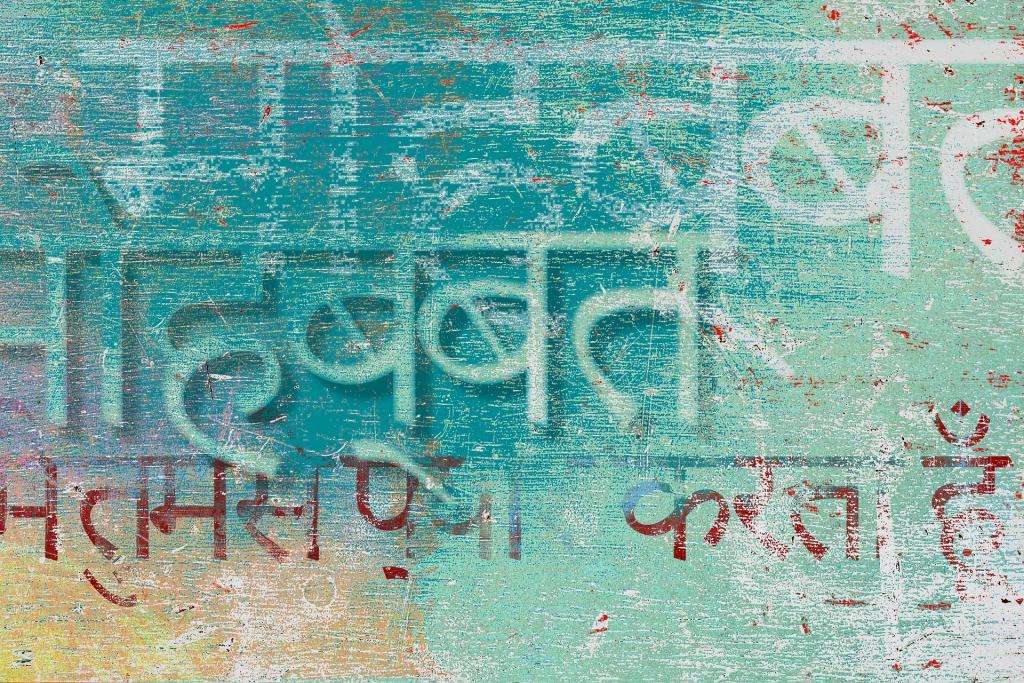 India – A country with over 22 languages!

What are the 22 official languages in India?

There are also hundreds of other less prominent languages like Tulu, Bhojpuri and Ladakhi that are the main spoken language of some places.

What are the main official languages in India?

There are two official languages of India, namely, Hindi in Devanagari script and English in Roman script.

Hindi, natively spoken by 41% of the population, is the primary tongue of the people from the “Hindi Belt”(including the capital, Delhi) in Northern India. Many more people speak it as a second language.

In addition, it is the main working language of the Central Government, and often serves as a common language among Indians with different native languages. If you can afford only one phrasebook, pick up the Hindi one as it will allow you to get by in most of India.

The main exceptions are Tamil Nadu and the Northeast. Avoid speaking Hindi in these places, as the language is often met with varying degrees of hostility from the locals.

However, if possible, you are better off picking up as many words of the local language of the place you are going to – people are proud of their culture and language and will appreciate it if an outsider makes an attempt to communicate in it.

Learn a few basics before you go with a Learn to Speak Hindi book. Or check out the courses to learn Hindi on Udemy.

Generally speaking, most official signs are trilingual in the local language (if not Hindi), Hindi and English, with the exception of Tamil Nadu where they are bilingual in Tamil and English.

English is widely spoken in major cities and around most tourist places, as well as in most government offices, and acts as the lingua franca among educated Indians.

English has been spoken by Indians long enough that it has begun evolving its own rhythm, vocabulary, and inflection, much like French in Africa. Indeed, much has recently been made of subcontinental writers such as Arundhati Roy, Vikram Seth, and Salman Rushdie. The English you are likely to hear in India will be heavily influenced by British English, although spoken with the lilting stress and intonation of the speaker’s other native language. Indians can usually tell regional English accents apart.

One of the most delightful quirks of Indian English is the language’s adherence to Pre-1950s British English which to speakers in North America and Britain will sound oddly formal.

Another source of fascination and intrigue for travelers is the ubiquitous use of English for cute quips in random places. One relatively common traffic sign reads, “Speed thrills, but kills”. On the back of trucks everywhere you’ll find “use dipper at night” or “Sound Horn”.

Indians are adopting more and more native words into their English. A lot of these are already well known to speakers elsewhere.

However, Indians are using English loan words in their native languages at an even more rapid pace. As India modernizes blazingly fast, it has taken from English words for modern objects that simply did not exist a few decades ago.

However, more importantly, bilingual Indians in informal conversation will often switch unpredictably between English and their native language when speaking to similar polyglots, thus effectively communicating in a hybridized language that relies on the listener’s ability to speak both languages.

A bilingual speaker in Delhi, might for example, say “mera fever bahut bad hai” (my fever is very bad) which mixes English with Hindi 50-50 in spite of the fact that perfectly good words exist for both ‘fever‘ and ‘bad‘ in Hindi. This hybrid is sometimes referred to as ‘Hinglish.’

It seems that English and Hindi are indeed converging among the bilingual sections of society. While English, as a distinct language, is here to stay for now, it appears that it will eventually over hundreds of years be absorbed into the vast cultural fabric of the subcontinent.

English speaking Indians may also seem commanding to a westerner. You may hear “come here”, “sit here”, “drink this”, “bring me that” which may sound direct and demanding to the point of being rude to northern Europeans and Americans, but is in no way meant to be impolite.

Much has been made of the confusing Indian head nod for yes and no, but the only important thing to understand is that Indians have different nods for yes, ok and no.

There are so many incredible benefits of learning a new language before you travel. Not only does it make getting around much easier, but it enriches your travel experience. Why not start practicing your language skills by signing up with Babbel?